Josh and the Dairy Sheep 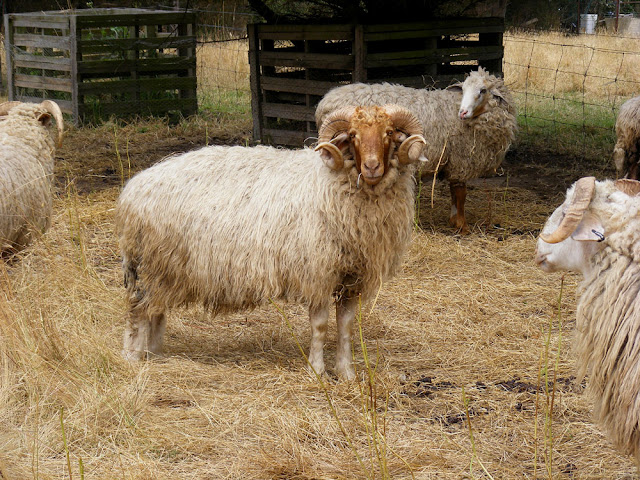 Josh already raises sheep for meat but he is also in the very early stages of an ambitious new project.


The Awassi rams check us out. 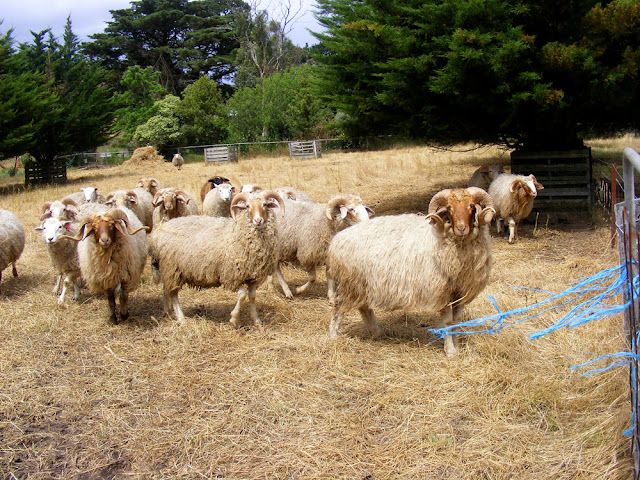 He has planning permission for a 3000 head herd of dairy ewes. The dairy itself and the ewes haven't arrived yet, but when we visited Uncle Ric a herd of about twenty rams were living in his house paddock. 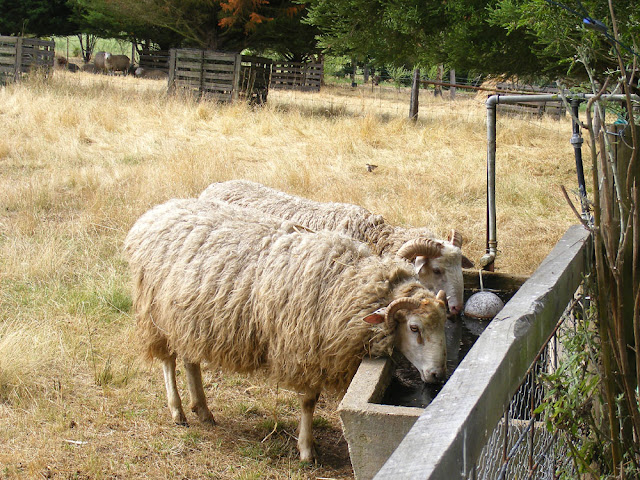 The rams are handsome beasts, a Middle Eastern breed called Awassi. They are used to being handled and are very tame.


Ric and Sheila's farm near Geelong. 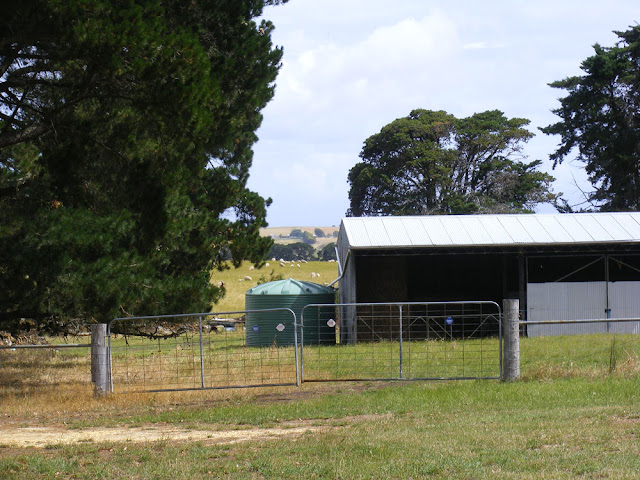 Josh's big idea is to sell milk powder to the Chinese, many of whom, like himself, are bovine lactose intolerant. He's hoping to be able to undertake a study trip to Israel to see sheep dairies there.


At the dinner table at Ric and Sheila's. Josh in middle. 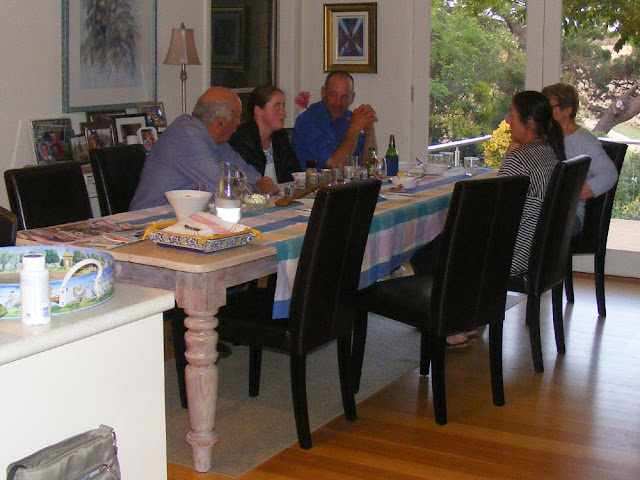 Wow - 3000 sheep! Is it just the milk he will be using? I wouldn't mind you educating us a little more.

Yes, I thought I must have misheard when he said the number. I assume the wool is probably worthless and goes to compost or something. He may be planning to sell on the male lambs to a finisher who fattens them for meat. I don't know to be honest.