Our friend Antoinette tutors Jean-Louis Sureau, the director of the Royal Chateau of Amboise, in English. Recently he gave her four tickets to an invitation only event at the chateau and she invited us to accompany her and her husband Niall. 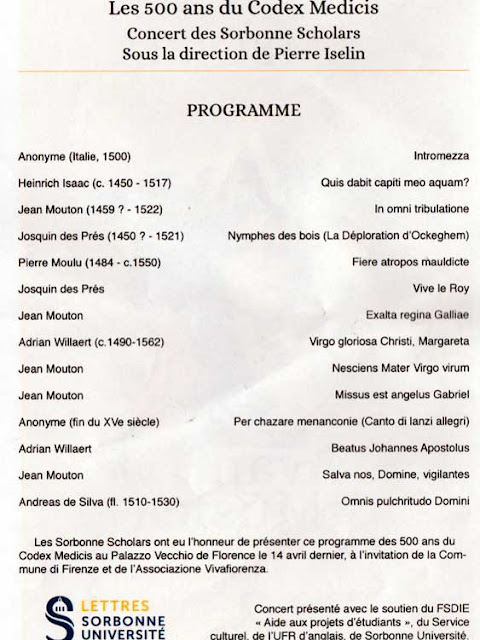 The Sorbonne Scholars are a group of Renaissance and early Baroque music specialists and they were on tour performing the Medici Codex. This is a compilation (or as the conductor put it, a 'best of') put together for Pope Leo X (second son of Lorenzo the Magnificent of Florence) and used for the marriage of Lorenzo II de Medici, Duke of Urbino and Madeleine de la Tour d'Auvergne, which took place at Amboise in 1518. The Duke was Leo's nephew and the celebrations were designed by Leonardo da Vinci, who by that time lived next door to the chateau in Clos Lucé, at the invitation of François I. Within a year of the marriage taking place both bride and groom were dead, orphaning their baby daughter Catherine.


The video is just a short taste of the evening


The style of music is polyphonic and complex, using both voice and instruments together, as a signifier of how magnificent the performance is intended to be and befitting the courts of great patrons of the arts such as Leo and François.

Jean-Louis Sureau chats with audience members after the show. 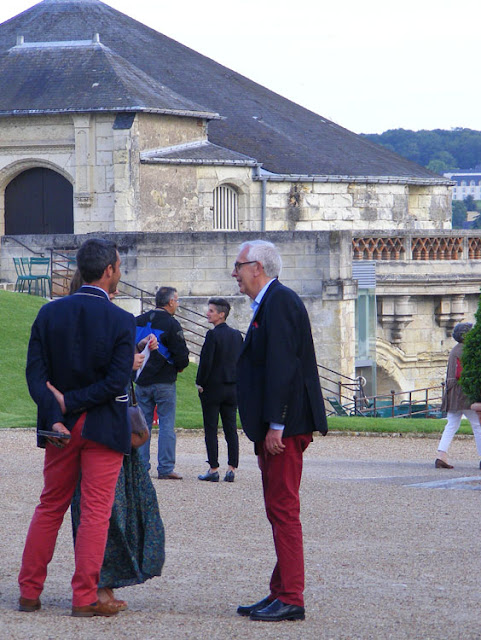 We feel really privileged to have got to see this concert. Amboise wasn't on their original tour list, but someone at the chateau convinced them to stop off and perform. They even agreed to being outdoors, and we all felt lucky that the weather held.


A musician holding a serpent and a sackbut chats to a father and daughter after the concert. 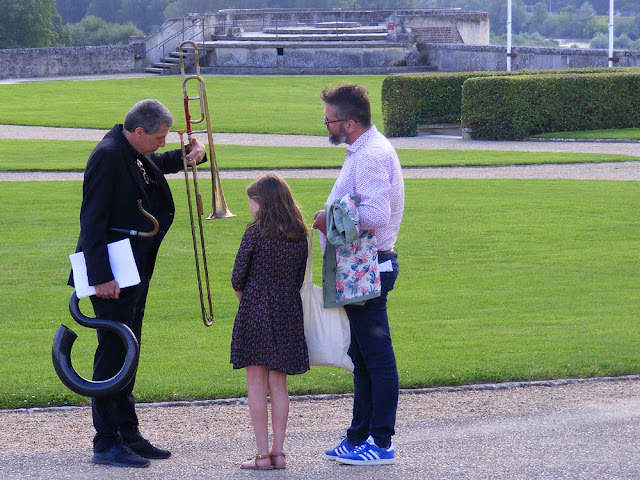 Video by Simon, text and photos by Susan.

I so much wish I could have been there!