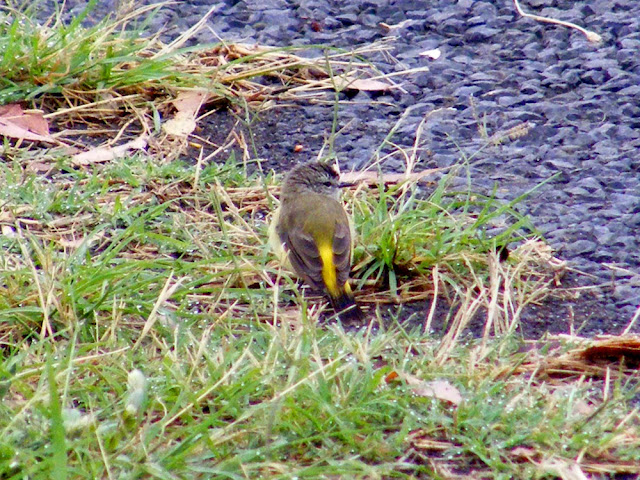 Yellow-rumped Thornbill Acanthiza chrysorrhoa one of those famous LBJs ('little brown jobs', for those of you who aren't birdwatchers) that you can find everywhere in temperate Australia  -- so that's every except serious desert or serious tropics. Like so many Australian species it was first described by French scientists serving as naval surgeons and naturalists -- in this case Jean René Constant Quoy and Joseph Paul Gaimard, who worked together on the Uranie, captained by Freycinet, and later on the Astrolabe under Dumont d'Urville. Birdwatchers frequently refer to the species as 'butterbums'. 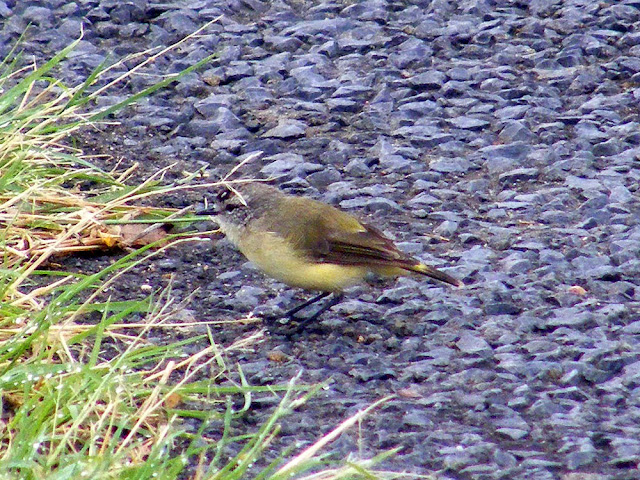 They move through an area in small flocks foraging for insects and seeds. Mostly you see them on the ground. Despite having adapted well to urban habitats, especially where native plants are used in gardens or landscapes, their numbers are declining overall.
Posted by Susan at 09:00

If one is nicknamed an LBJ, it's nice to be one with a dash of color.