On a sight seeing day trip from Canberra in January we parked up on Mount Macdonald, where we promptly came under 'attack' from a large, distinctive and persistant insect. 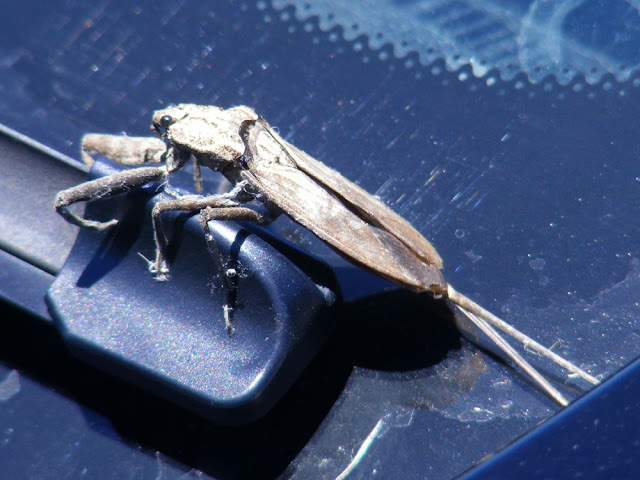 This poor Water Scorpion Laccotrephes tristis had mistaken our bronze metallic car for a pool of water. It repeated crashed down onto the vehicle, no doubt thinking it had found a new home. 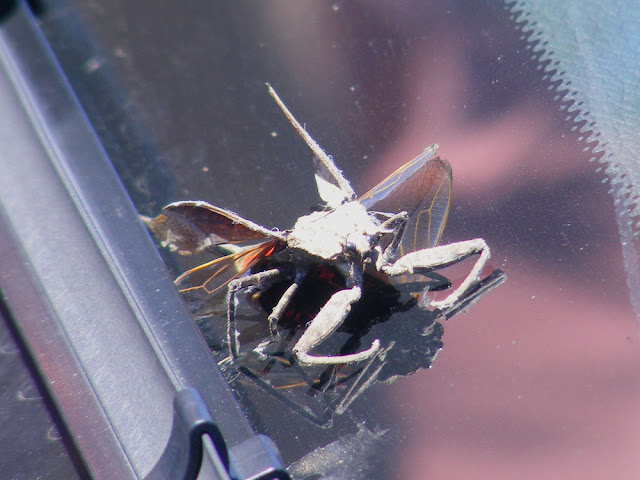 Water Scorpions are in fact giant true bugs (60mm long including siphon). They are predators, with robust prey grabbing legs and a long siphon projecting from their rear end. Scary as they look, they are entirely harmless to humans and not related at all to true scorpions. 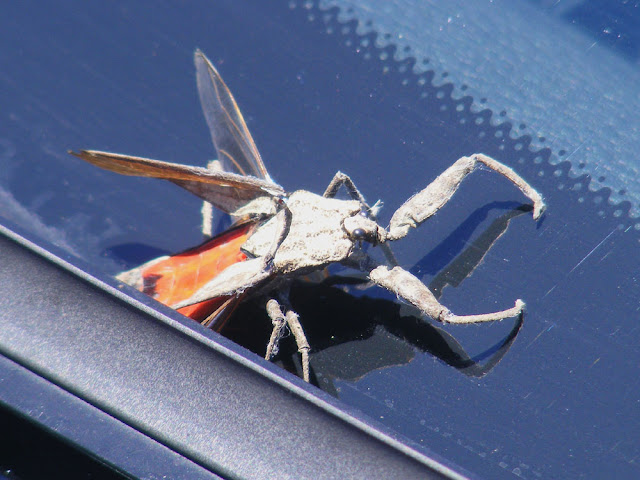 They are found in all sorts of fresh water habitats from dams to running streams. They sit and wait for prey in muddy places, hiding themselves in submerged leaf litter. On the menu are aquatic worms, insect larvae, tadpoles and small fish.

Juveniles, which can't fly, are useful in garden ponds for mosquito larvae control. The adults are strong flyers and tend to relocate to bigger bodies of water.

Email ThisBlogThis!Share to TwitterShare to FacebookShare to Pinterest
Labels: Australia, Insects, nature and wildlife, The Car and Driving