Recently I met Sylvain Legeais in Preuilly. He lives in Charnizay and has started a small business selling local artisanal products. The business is called La Croisée des Terroirs ('the crossroads of terroirs'), a reference to the fact that here in the Touraine du sud we sit at the meeting point of three regional cultures -- Tourangeau (aka Ligerien), Poitevin and Berrichon. Each of them has their specialities and quirks.


Sylvain and his wares. 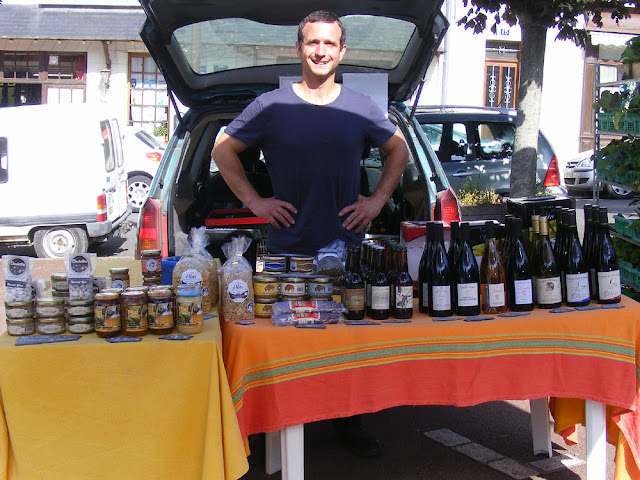 Terroir is a word that has no equivalent in English. It means a combination of climate, soil, plant varieties or animal breeds, husbandry methods and artisanal know how. Wine is the most obvious example of terroir in action, but in fact the term can be applied to any traditionally produced foodstuff. 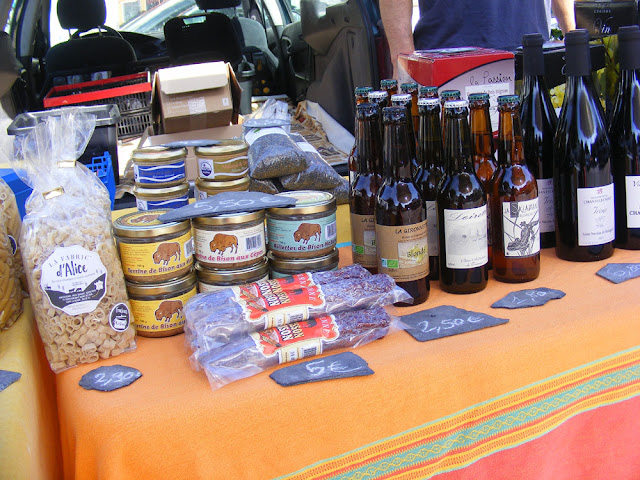 Sylvain is bringing his wares to Saturday markets in Preuilly and Saint Genoux (alternating between the two) and the Wednesday market in Loches. He will also do home deliveries in the local area and I've no doubt would be open to requests for hampers or private tastings at your place or his if you wanted to run a small event. Sylvain speaks really good English, having spent time in Australia. 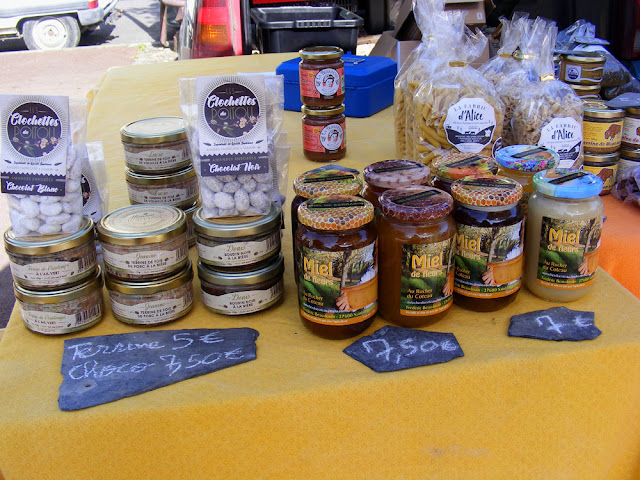 From Poitou he has chocolate coated almonds, pasta and bison terrine. The bison are American and apparently there is a herd of them on a farm in Poitou. There is honey, beer and wine from the Touraine, and nut butters from Berry.

The pasta comes from a farm near Chatellerault. The owners grow their own organic wheat and have invested in Italian machinery to make their own pasta. Amusingly, one of their signature shapes is in the form of little tractors. 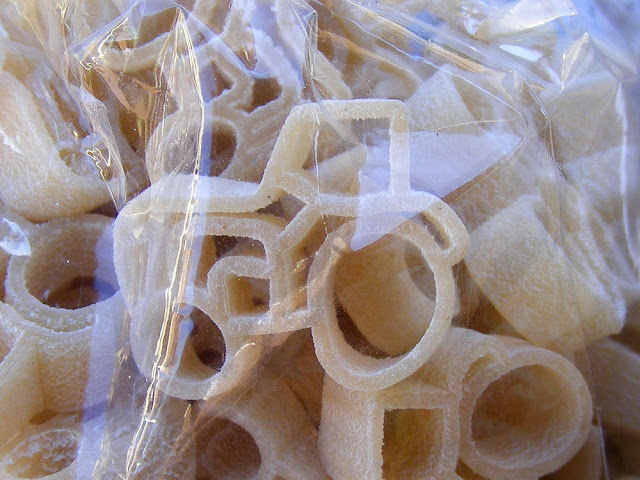 The bison farm was established in the 1990s, with just thirty animals. Now they have a herd of three hundred and run Wild West themed events as well as produce bison meat based patés and sausages.

The organic hazel nut products are from a range called La Berrinoise, made in Mezières-en-Brenne for the local and tourist market. La Berrinoise is part of Noiseraie Productions, who have been making a wide range of pralines and spreads for the catering industry for thirty years. 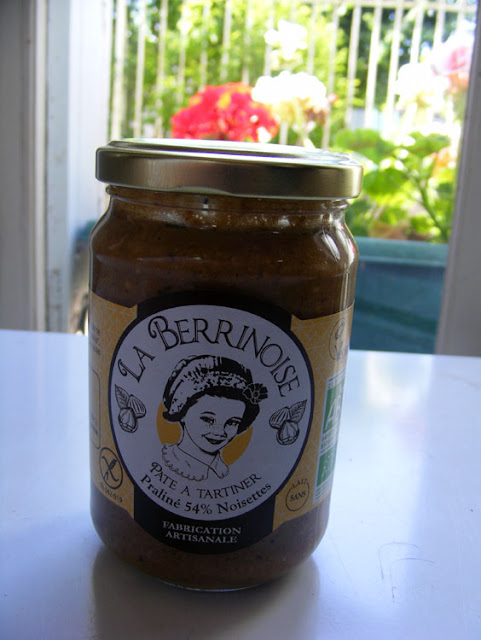 Don't be fooled into thinking these products are made by a simple peasant in a shed out the back. These are sophisticated products combining the best of artisanal traditions with those of modern manufacturing. The producers have invested heavily to grow their business and their longevity is testimony to their hard work and consumer savvy. Noiseraie Productions, for example, has a turnover of four million euros a year and is big enough to have incurred the wrath of Ferrero (who make Nutella, and have sued Noiseraie Productions for naming one of their products Nuté, deemed by them to be too similar to the ubiquitous chocolate spread).

Email ThisBlogThis!Share to TwitterShare to FacebookShare to Pinterest
Labels: Food and Drink, Markets, Pictures of Preuilly

What a find! I wish him much success.... and you are lucky to have access to such great local stuff!

This area has a number of épiceries fines, run by 30 somethings following their dream. They look to me like they have the business smarts to succeed too.