The second time was in November last year, when an article about us appeared in "Living France" magazine. There are quite a few magazines aimed at the aspirant anglo looking at changing their lifestyle but Living France would appear to be the best of them, presenting a not too rose tinted glasses view of living in France. 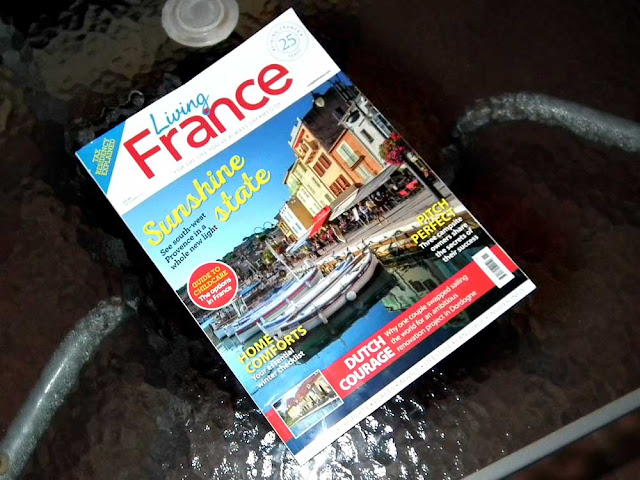 In August we were contacted by Ulrike Lemmin-Woolfrey and asked if she could interview us, and if her husband (a proferssional photographer) could take some photos. We met in Amboise on a grey and rainy day and spent the afternoon looking for locations.

In the end we used one of our own photos, taken on Susan's camera by our South African friend Joy. of Susan, Célestine and myself in front of a field of sunflowers at sunset. We had been to a wine tasting, and on the way home we took a diversion to show Joy and Jheanne the Demarcation line near Ligueil, the chateau at Chatelier, and the Pierre Chaud. All this after 10.30 at night. 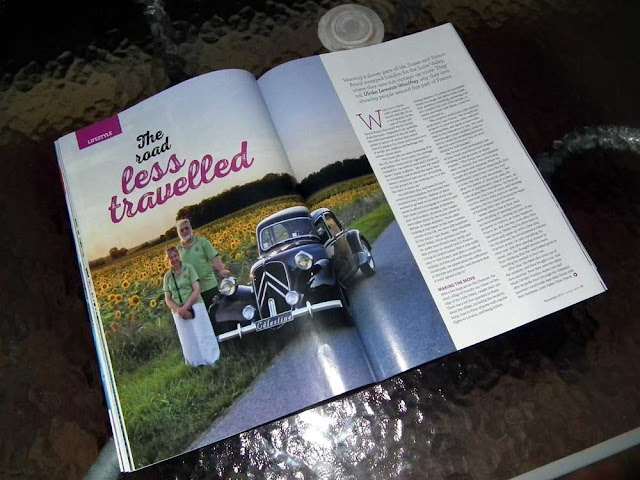 We ordered copies of the magazine for both sets of parents in Australia, so when we were there I was able to sit with my mother, show her the pictures, and read the story.
Posted by Simon at 09:00

Simon, I'm sure your mother was delighted!

Well deserved! I was hoping to be able to read the article online, but I could only get to the preview ("why to buy our November issue"). Do you have a link to the article itself?