I wrote on Monday about Marguerite de Provence, and mentioned that she died at the ripe old age of 74 in Paris.

She was buried in the Basilica St Denis north of Paris, but not with her husband. Her tomb was "under the altar steps" and unmarked, so when the Basilica was ransacked and all traces of kings destroyed during the revolution she remained undisturbed. There appears to never have been an effigy.

And supposedly there she remains, one of the few memeber of the French Royal Family not to have suffered the indignity of being disinterred.  There is a memorial to all the kings and queens in the crypt on which her name appears. 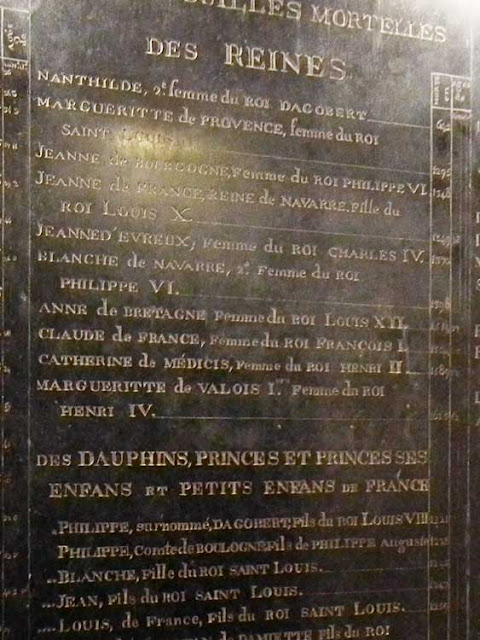