Stéphane talking to the oyster producers who come up from the Atlantic coast. 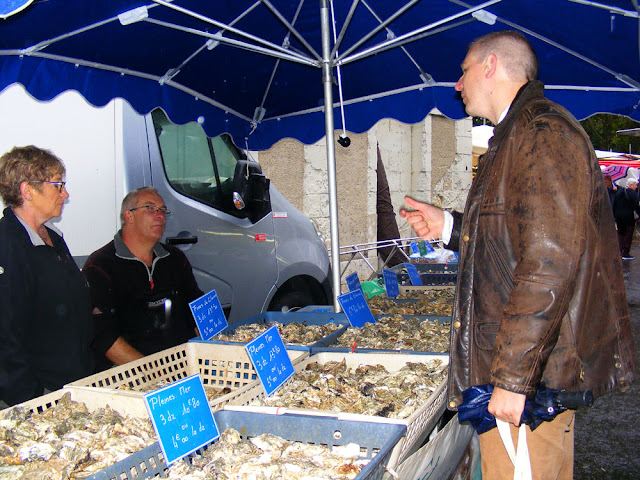 As part of the cooking class taught by Stéphane Bureau from the Hotel Clos d'Amboise that I recently participated in we went shopping in the market at Amboise. Stéphane made sure his sous-chef Cédric came along, because as a busy chef, Stéphane deals directly with producers who deliver to the hotel. He doesn't have time to shop at the market. Cédric, on the other hand, often shops there on his own account and knows which stalls have the best produce.

An overview of the market. 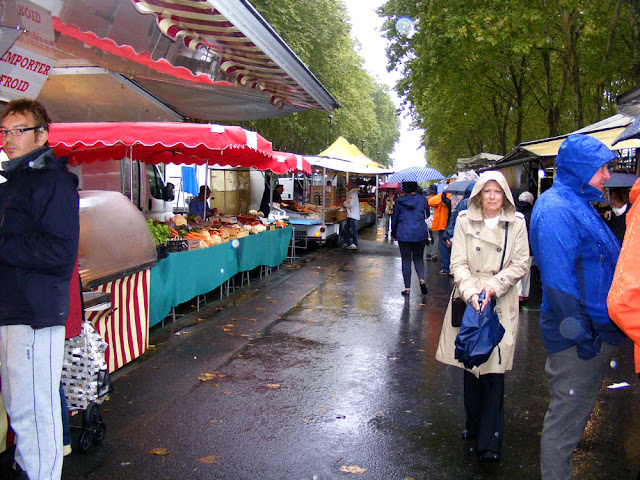 The Amboise Sunday market is very well known and popular with both tourists and locals. Like most local markets the fresh produce stalls are a mixture of small producers and retailers. The chefs' advice was to look for small stalls which only have a few things for sale. These are likely to be good value and good quality, brought to the market by producers passionate about what they do. The retailers have their place though, and shouldn't be scorned. If their quality is good, they offer the possibility of a much wider choice of ingredients.

Stéphane checking out the goats cheese. 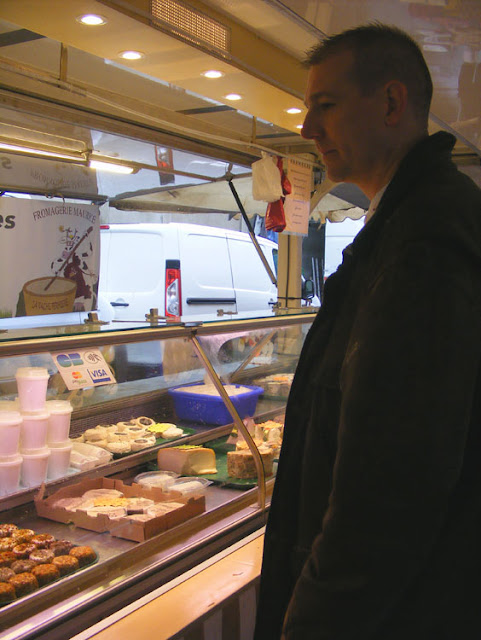 We bought strawberries, parsley, oysters, Sainte Maure de Touraine goats cheese, organic bread, tomatoes from a small producer, cave grown mushrooms and sweet peppers. Both chefs and I knew the mushroom producer -- me from Loches market and Stéphane because he comes from Selles sur Cher originally, which is where the mushroom producer is based. 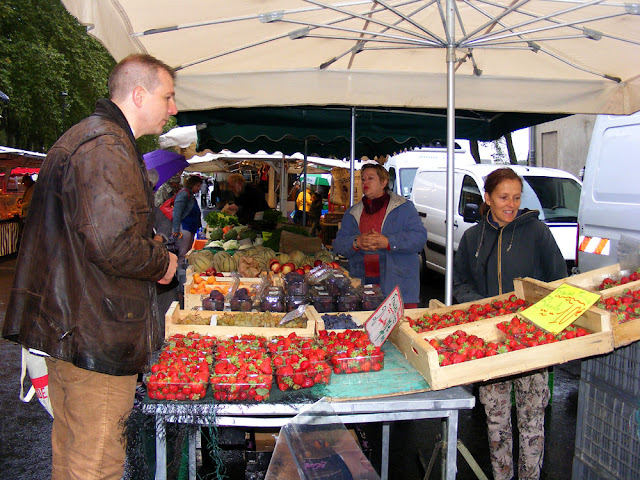 I'd never been to Amboise market before. I'd always been put off by the stories of how far away you have to park because the market takes up all of the largest carpark in town, on the Mail. It was good to be able to visit and not have to worry about parking, as I was staying in town. It was a shame it rained the whole time we were at the market. That definitely meant the experience was not as pleasant it could have been. I had expected it to be noticeably bigger and better than Loches, but came away thinking it was about the same.

Did you see David Lebovitz's recent post about the fall produce at "his" Paris market? What a delightful shopping experience that must be.

Yes. He shops at Bastille market (boulevard Richard Lenoir) I believe. It's a market I like a lot and we've stayed in that area a couple of times and shopped there.