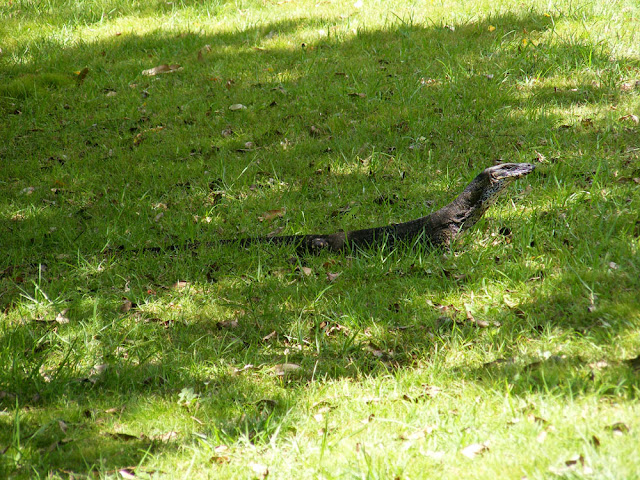 Lace Monitor Varunus varius is a type of goanna. This one joined my family at a picnic in Ravensbourne National Park. It was a bit over a metre long, so not an especially large specimen. It was a totally wild native animal, but unfortunately it had become habituated to people and knew that picnics mean food. Goannas prowl around in a thoroughly menacing way, so we all kept a wary eye on it. 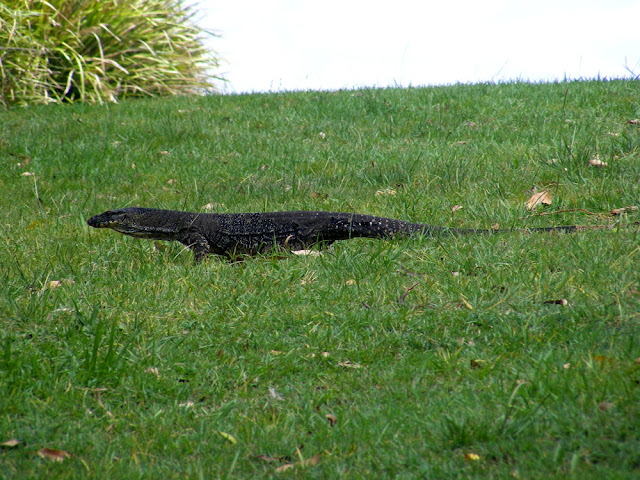 Lace Monitors are the second largest lizards in Australia and can reach a length of 2.1 metres and weigh 20 kilos, although most are much smaller. They can be found all over eastern Australia, wherever there are forests. They roam around on the ground, as much as 3 kilometres a day and are strong tree climbers. In the wild they eat birds eggs, especially those of the nest mound making Scrub Turkeys, as well as insects, other lizards, small mammals, and baby birds. They will certainly not pass up the opportunity of carrion either. Unfortunately they have also learned to raid chook sheds and garbage bins. 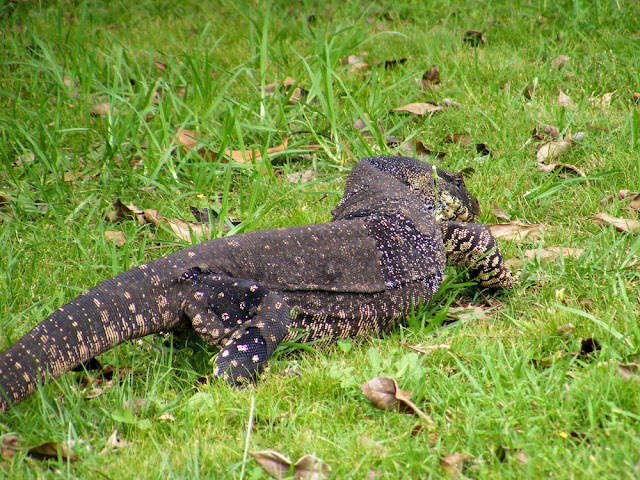 In their turn they are eaten by dingoes and birds of prey. They are considered top tucker by Aboriginals, who also use their fat medicinally. 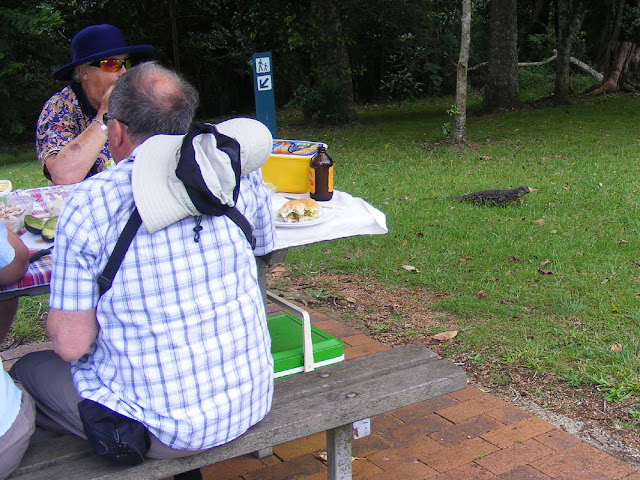 Lace Monitors have formidable claws, leathery skin and forked tongues like a snake. Although they mostly amble they are capable of moving with startling speed, both across the ground and up trees. If they come across a large carcass, for example roadkill, and can gorge themselves they will do so and then not eat for many days. 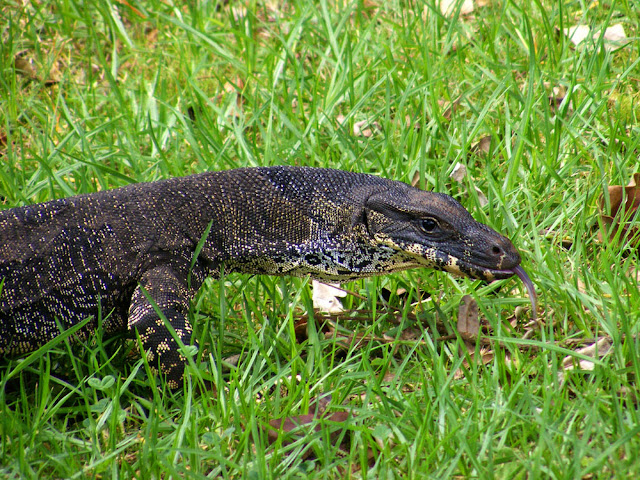 Females lay a clutch of eggs in a termite in a tree, then when they are ready to hatch, return to dig out their little goanna babies.

Here is another post I wrote about Lace Monitors.

Susan, your post sent me googleing for the relationship between the goannas and the Komodo dragon. I learnt they’re all varanids and that a group of Monitor lizards is called an agency! Something new every day.

Yes, they are all monitors.

Thank goodness we don't get those -or anything more menacing than a swan- on our SW France picnics. It would put me right off my wine!

I love the picture of your family nonchalantly eating lunch as something looking remarkably scary prowls around! I think I'd be heading for the car with my sandwiches!

I like reptiles, so although goannas prowl around in a thoroughly menacing way I'm always pleased to see them.

I'd be willing to put money on goannas being less dangerous than wasps at picnics.

The nonchalant munching was one of the reasons I included the photo. That and for scale. We all like goannas, and they aren't likely to come right up to the picnic table like a dog might. They'll just hang around in the hopes someone throws them something (which unfortunately people do, which is how they get habituated).