The old parade ground between the rear of the Castello Sforzesco and the Arch of Peace has been turned into a park in the centre of Milan. Naturally the park, called Parco Sempione in Italian, has a lake. In and around the lake live various entertaining critters. 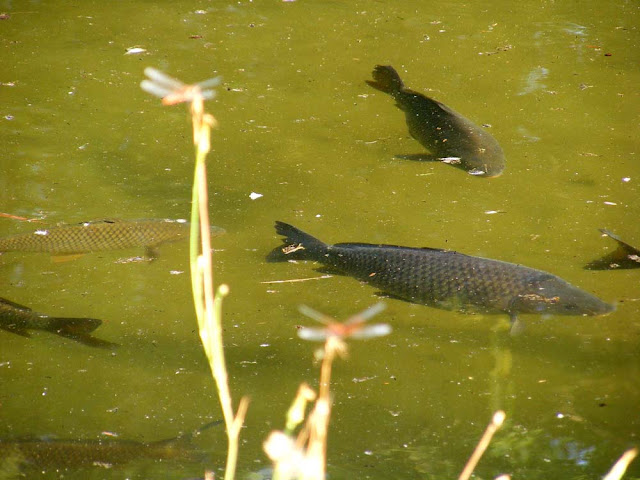 With Purple Loosestrife growing on the edge of the water. 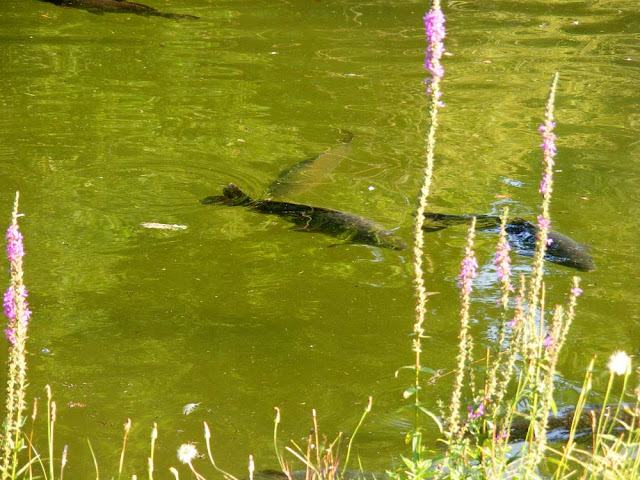 Big ones and little ones. 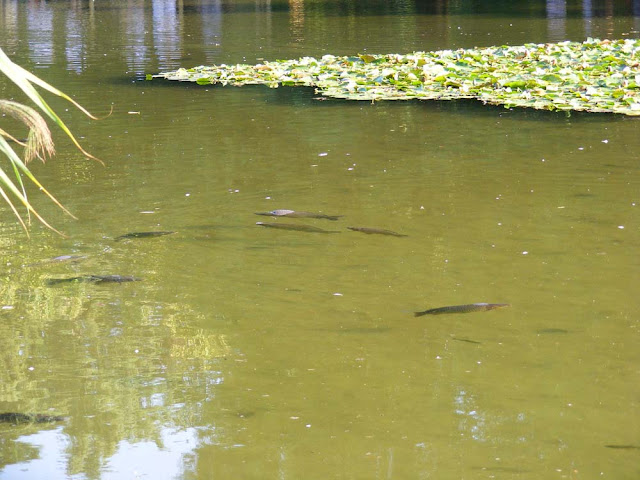 Looking back towards the Castello Sforzesco. 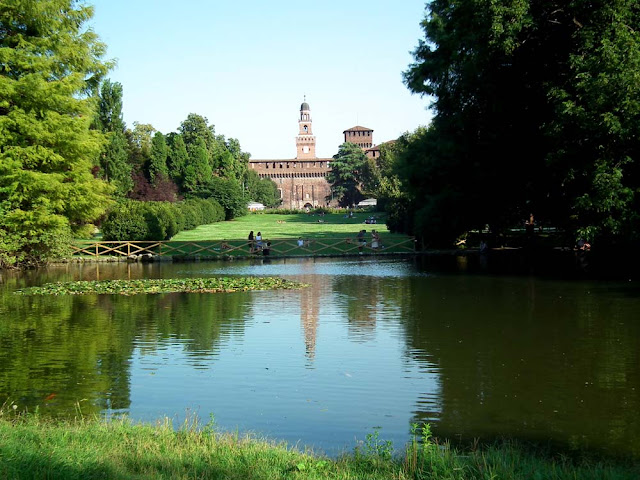 Terrapins hanging out in the sun. 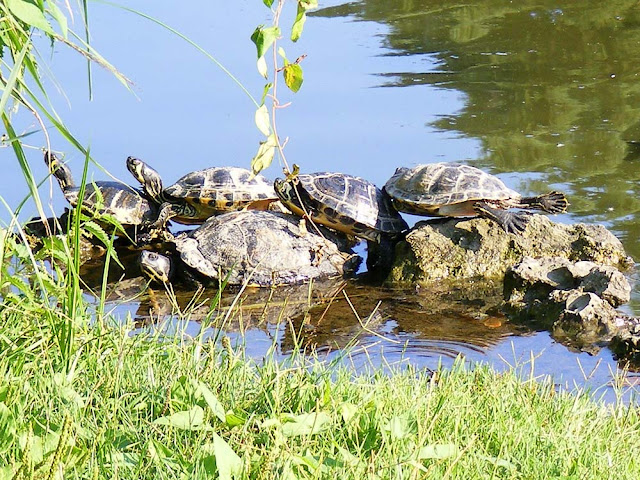 The population of 17 common and widespread farmland species declined by 58% between 2000 and 2009, despite a substantial increase in spending on agri-conservation projects and despite no clear evidence of habitat deterioration in that period. Seasonal variations and their affects on breeding success were taken into consideration when calculating the fall in population. The scientists likened the effect they were seeing as similar to having a continuous run of very bad summers. The problem seems to lie with the persistance of neonics in the environment, in plant material, soil and water. At this stage the results indicate a correlation but do not show causation. It is possible that neonics are a proxy for other environmental factors associated with intensive agriculture. More studies are no doubt in the pipeline, and it seems fairly likely to me that these results will prove relevant to rural France too.
Posted by Susan at 09:00

Hi, I do not think a lot of people are aware that many of the plants bought at nurseries have been grown from nicotinoid treated seeds.
Try and grow from organic seeds and split plants that have been long established.
regards and all the best for the Christmas season.
Janine

I understand that's certainly the case in North America, I'm not sure about elsewhere. Also the common flea treatment in France is a neonic. I'm not sure how many people realise that.