Just recently I was told that there was a magnificent carved dragon on a front door in rue Faubourg Saint Nicolas. I'd never noticed it, so quizzed my informant about it. He said it was perfectly visible from the street and was the work of local wood carver, Robert Loyau. Like many of his 20th century contemporaries, Robert had worked at Dennery, the furniture factory that closed in the 1970s. 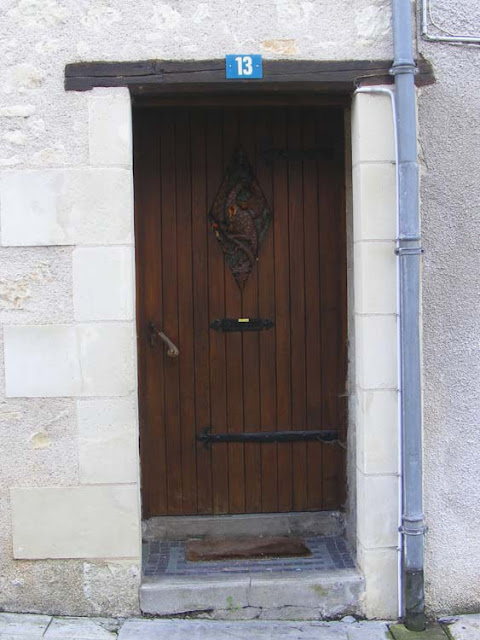 Preuilly is full of retired wood carvers and cabinet makers. The factory employed several hundred people in its prime. It once supplied furniture to the super rich all over the world (Saudi Arabians found it particularly to their taste apparently). Eventually the factory closed because tastes changed but the style of furniture Preuilly produced didn't. The Preuilly factory furniture was solid, dark, weighty and heavily carved. 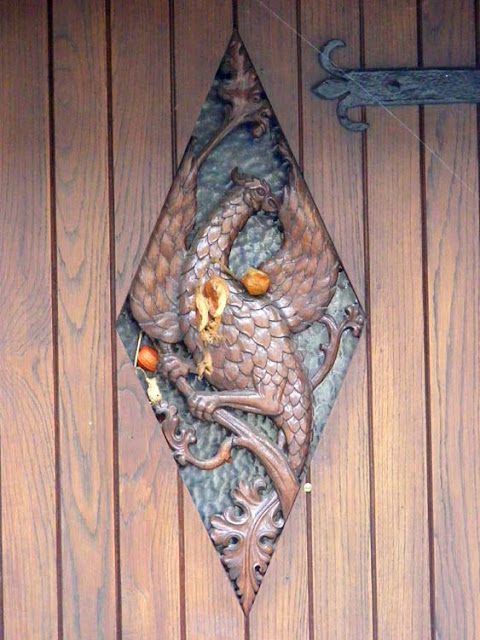 Anyway, the door in question turns out to not feature a dragon but a fenghuang, also known as a hoho bird or a Chinese phoenix. I imagine it is a design from a pattern book. There is a long tradition of chinoiserie in Europe, and the fenghuang features widely in many an 18th century wallpaper and printed cotton cloth. It was a motif used by the Chinese in artwork destined for both the domestic and export markets, as well as being adopted by European designers producing homegrown chinoiserie. For more information about this cross cultural exchange see my friend and ex-colleague Emile's blog, Treasure Hunt. Emile is a bit of an expert on this sort of thing (he would modestly deny this, but he is, and beginning to get the recognition he deserves for it).


The door handle is also customised. I didn't like to examine it closely,
but I wondered if it was antler, not wood. 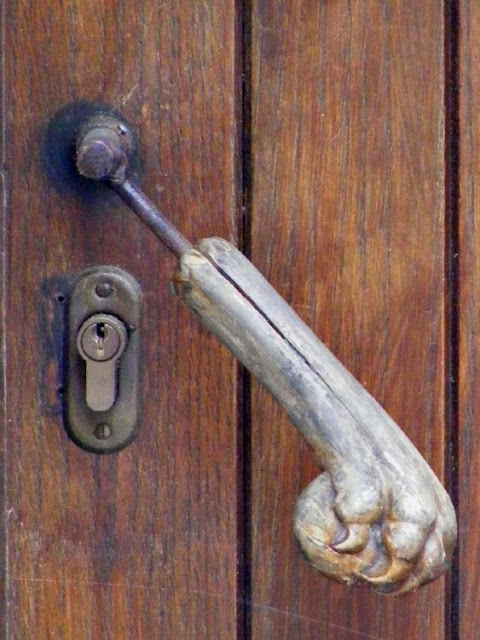 The house is unremarkable apart from the door. And it's for sale. 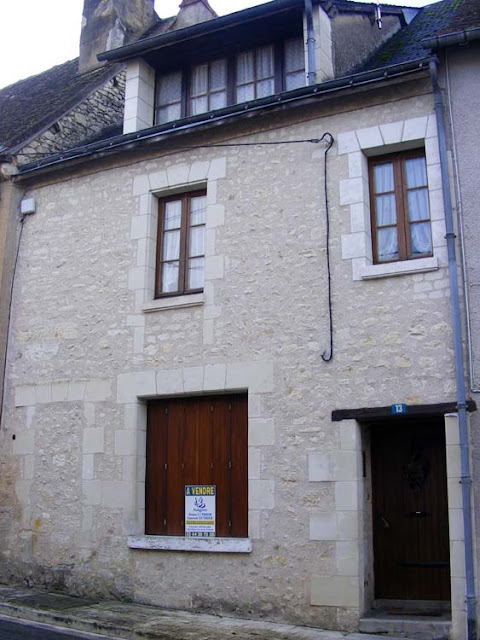 Thank you for the link to the National Trust blog...
I will waste many an hour wandering through items and collections!
Much better to have a real interpretation that can be read in a warm room...
rather than wander amongst gawping, gossiping tourists...
through echoing old, cold houses!

I also notice that the Proolie Pheenickz is a modification of the same design...
and I like the fact that someone has placed a bit of Chinese lantern on your beastie!
The house may not seem to be interesting... but it has two odd doorways...
one blocked in and the upper one, now a window.
The downstairs window is very large, too... old shop/merchant's house?

Door handle looks bone to me too...
it is weathered, but showing no grain...
and some bones have a natural ball...
not much more effort to carve the claw!

Do you want me to keep the empty bottle of fizz we finished last night?
It is 86.25mm diameter... rather than 75 to 81 for ordinary wine bottles....
must go and unhinge the chooks!

That foot is a beautiful piece of carving. It makes me wonder what might be inside.Immense temptation to arrange a viewing, were it not for the fact that when I was trying to sell our house, the gawkers and timewasters nearly drove me mad. P.

Wonder if the carving has any connection to principles of feng shui.

Thanks for the offer, but I've already tried it on a fizz bottle.

Click on the link to the estate agent's listing -- several photos of the interior, revealing nothing of interest that I could see. The balustrade for the back stairs appears to be beautifully made, but otherwise quite ordinary looking.

I'd be a bit surprised if it did, but you never know.

What you need is a magnum. I can give you one...

The door carving is quite marvelous. And from the pictures, the back garden looks quite pleasant.
And y'all are closer to it than I, but at that price it seemed like a nice little house that could be spiffed up fairly easily.

Ken many thanks. That might work. The centre hole in the tin is between 10 and 11 cm across. Mind you, by the time we see one another again, we will both have forgotten all about it :-)

I think your assessment is spot on. I think it's a good price for a solid well maintained house in a quiet street with nice neighbours. It needs modernising and cosmetic improvements but that's all is my guess.