The Visconti family of Milan used a great serpent or basilisk known as a biscione (grass snake) as their family emblem. It is depicted with a person in its mouth, either a Saracen which it is swallowing, or a child, which it may be swallowing or giving life to. Their motto was Vipereos mores non violabo ('I will not violate the customs of the serpent'). The snake is blue on a silver background (azure on argent in heraldry speak). After the Visconti family died out the emblem was kept by the Sforza Dukes of Milan who succeeded them and it remains closely associated with the city (Alfa Romeo use it on their badge for example).

The 'EST' is for Beatrice d'Este, wife of Ludovico Sforza, Duke of Milan. 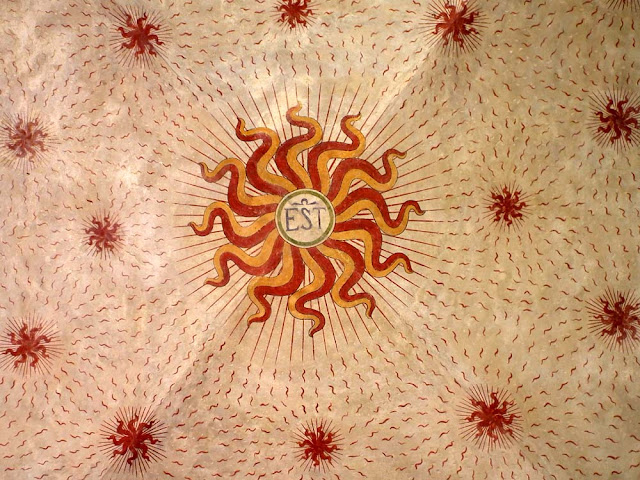 Nearby on the same colonnade ceiling in the Castello Sforzesco is the serpent eating a Saracen, representing Ludovico himself. 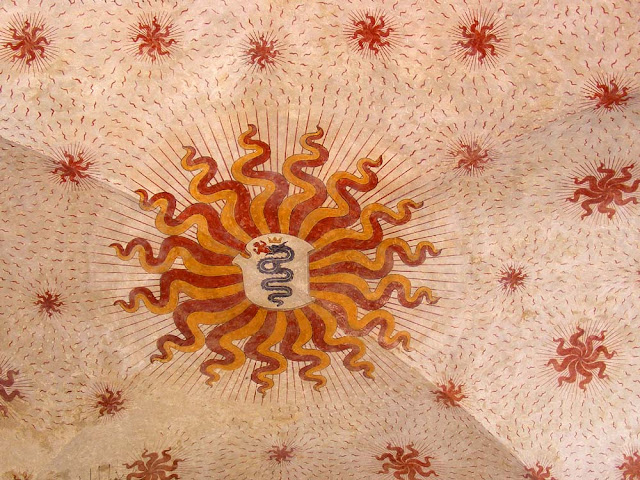 The classic Visconti arms, showing the serpent combined with a red cross (just like Alfa Romeo use). The date on this one is 1977, by the way. 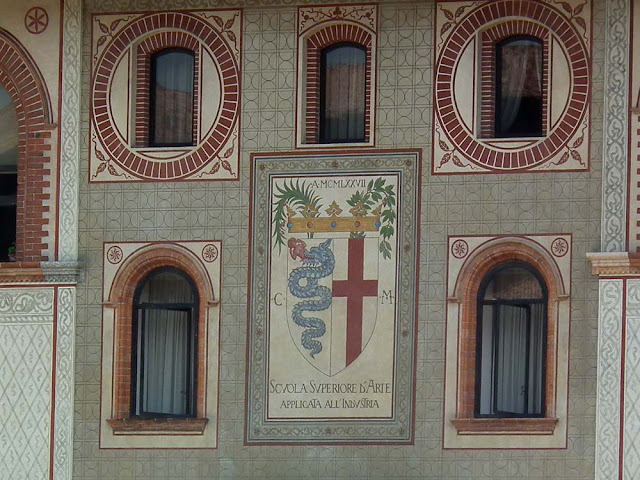 This version with the Imperial eagles must date from the end of the Sforza reign, when they ruled courtesy of the Habsburg Charles V. 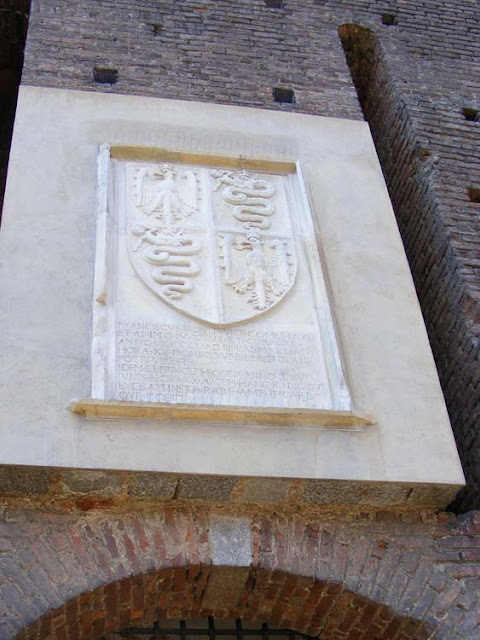