The Castello Sforzesco sits in the heart of Milan, one of the largest citadels in Europe. It was built in the 15th century by Francesco Sforza, Duke of Milan. There had been a fortified building there from the 14th century, the work of Galeazzo II Visconti, who ruled Milan in the mid-14th century. Francesco, a condottiere (mercenary), had married the Visconti heir and after some dirty dealing with a faction in the city who wanted to restore a republic, took over the Visconti duchy of Milan. 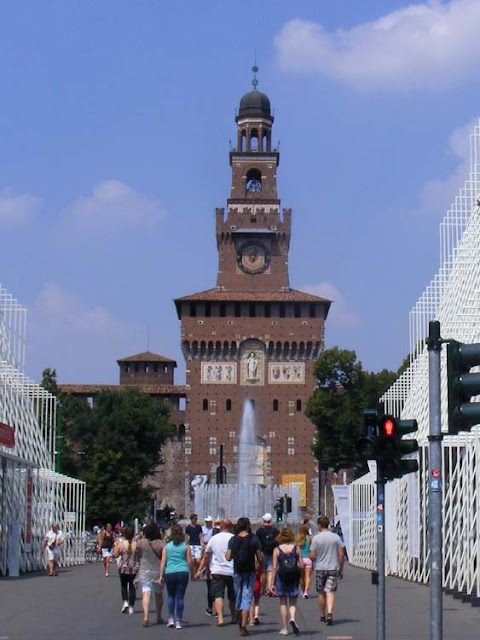 Like for the Visconti before them, the Castello was the main residence of the Sforza dukes. Much of the interior decoration dates from the time of Ludovico Sforza, who became duke in 1494. François I of France took the Castello in 1515 and several years later the main entrance tower blew up when it was being used to store weapons. In 1534 the last of the Sforza dukes, Francesco II had the Castello refurbished for his 12 year old bride, Christina of Denmark. The next year he was dead and his young widow became a contender as a bride for Henry VIII (the portrait of her done for Henry by Holbein hangs in the National Gallery in London and is one of my favourites).


A corner tower from outside the complex. 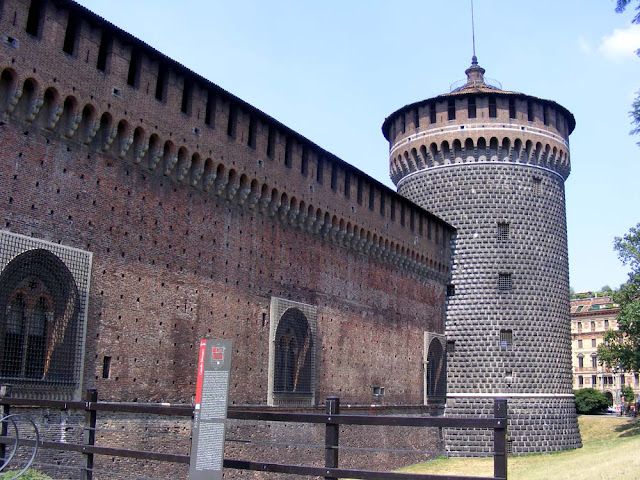 In the 16th and 17th centuries under Habsburg and then Austrian rule the Castello was modernised and strengthened. Under Napoleon's rule at the end of the 18th century the outer defenses were demolished and a huge parade ground created at the back. After the unification of Italy in the 19th century this parade ground was transformed into a park.


The main entry tower as seen from inside the complex. 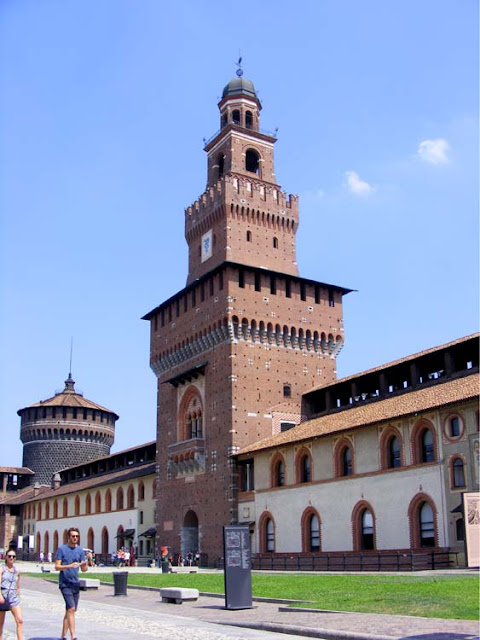 The main entry tower was reconstructed at the beginning of the 20th century, based on 16th century drawings. The Castello was badly damaged in 1943 by Allied bombing and after the Second World War the complex was rebuilt to house a number of museums.


Inside the vast main courtyard. 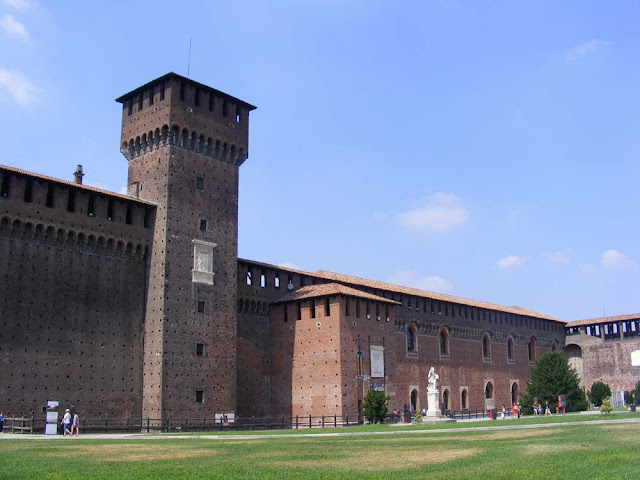 The rear entrance to the Castello Sforzesco. 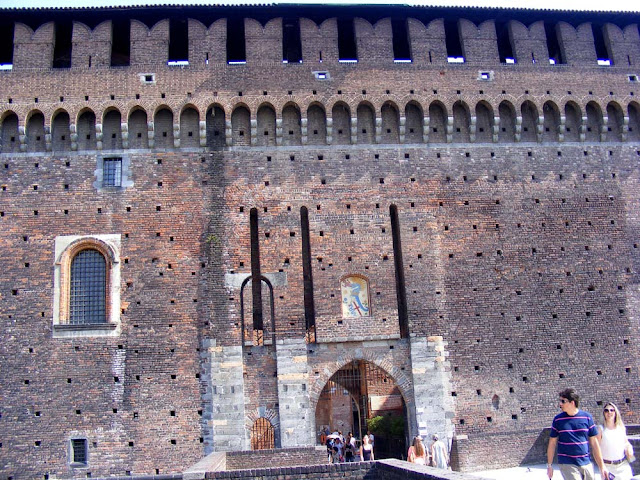