This recipe has been doing the rounds of the internet all year. It first came to my attention when Simon sent me a link to a Facebook entry by someone in Normandy who had made them. Since I am still using up our pantry full of homegrown apples I decided to make them myself and take to Tim and Gaynor's annual curry evening.


Ready for the oven. 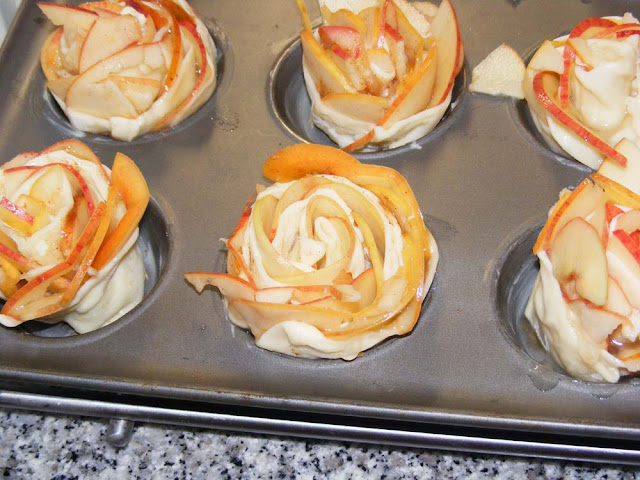 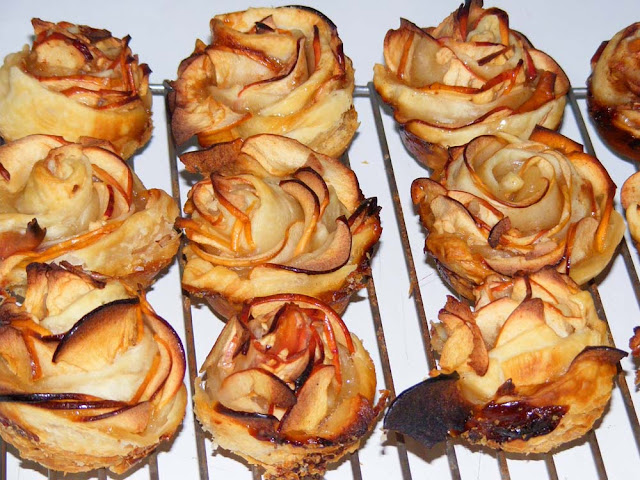 Dusted with icing sugar and packed up to go to the party. 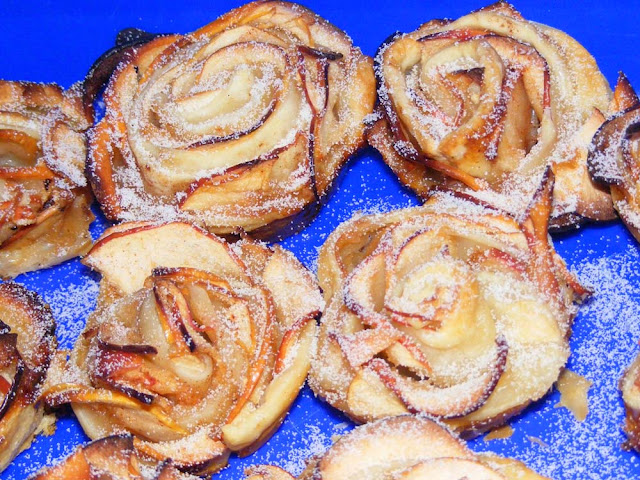 For those of you who can't be bothered with such long written instructions, Cooking with Manuela has a video demonstrating the method. It's not quite as easy as she makes it look, but it's fairly easy.

The rectangular sheets of Puff are available also in Leclerc.

Thanks. Useful to know. Was it pur beurre or some unmentionable fat? The Auchan one is not butter.

To be perfectly honest they look better than they eat, especially if you choose not to use cinnamon. They are a bit bland otherwise.

They were delicious! Thank you.

They look beautiful! They're on my list if things to try when we've finished painting!
You can get the rectangular pastry sheets in Intermarché at Descartes, the usual pur beurre brand whose name I forget.

We think it was butter as we wouldn't have bought an unmentionable fat one!

I'm glad you enjoyed them.

OK, good to know. Obviously it's been so long since I looked at pre-fab pastry that in the interim the French supermarkets have started stocking rectangular as well as circles. A few years ago you would never have found rectangular.

They are fun, and certainly impress the guests!