The Saint Ours Trunk

Local readers will probably have seen the strange object to the left of the door in the porch of Saint Ours church in Loches. Until recently there was no explanation of its history, although there were instructions for using it.

Say a prayer or make a vow, then hammer in a tack. Put a coin in the 'urn' on the door (it's a box with a slot in fact). €1 + €1 + €1 + ... = the amount collected which helps the work of the French agency of Caritas International (Fr. Secours Catholique), the Catholic Church's confederation of aid agencies.


The porch (narthex) of Saint Ours church in Loches. 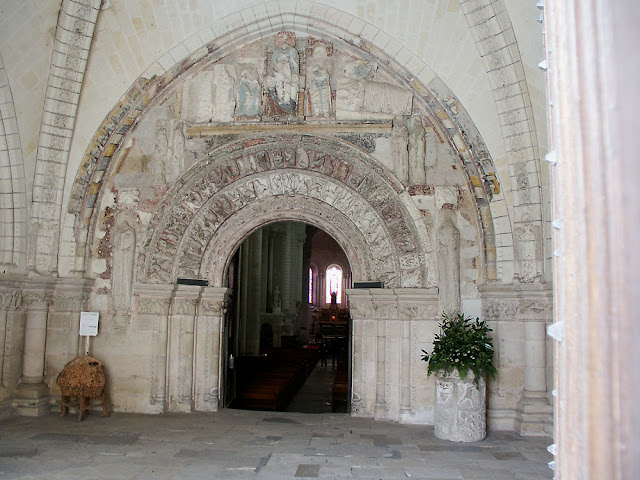 It used to be €1 for three tacks, the number presumably a reference to Christ nailed to the cross. Secours Catholique works internationally to help those in need and is currently involved in trying to improve conditions at the notorious unofficial refugee camp near Calais known as the Jungle. They are also in Nepal since the earthquake in April and gearing up to help communities all over the world combat climate change. Last year they worked in Réunion after a devastating cyclone and just last month they were in the south of France working to help people cope with the really extraordinary recent floods there.

Secours Catholique don't just makes sure people are fed and housed. They also ensure people know their rights and they assist with legal procedures and insurance claims for those whose life situation puts them at a disadvantage when dealing with these sorts of issues.


One of our clients hammers a tack in. 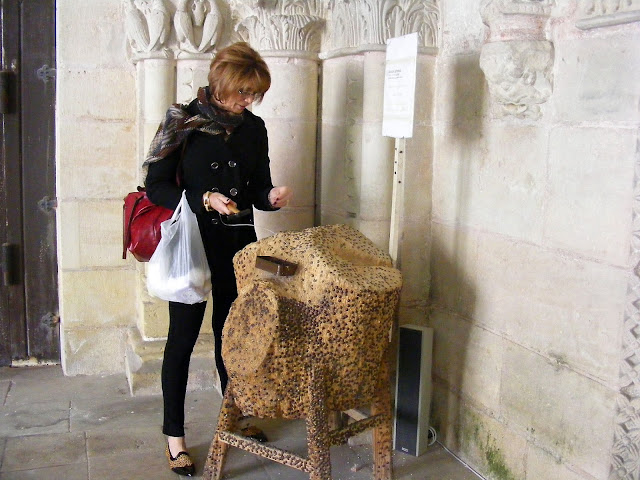 Launched in 1962 by Jean Rodhain, founder of Secours Catholique, the idea of setting up 'trunks' in churches to fundraise for the poor was copied in Loches as it was in numerous other French towns.

Only two 'trunks' have stood the test of time. One is in Lourdes, and the other is this one in Loches. It has been in the porch of Saint Ours for over fifty years.

Should you be unable to visit Loches and use the trunk in person, I am sure Secours Catholique would be grateful for anything you can give via their website.

I spent the most frustrating morning yesterday - all in the name of trying to check our phone bill.

Every couple of months we receive an email from Orange for our fixed line telephone. This month there was 4€ of calls on the bill, unusual as we always use Skype. So I thought I would check what calls were made. I followed the link on the email that said "Votre facture du 4 Novembre 2015 est disponible sur orange.fr > espace client " which took me to a page that refused to recognise my password.

After a while, I reset the password, then logged on. Could I find the bill?? No - when I clicked on the access facture link - it took me back to the previous page. Continually. I followed every link on every page. The Orange website is a great place if you want to be sold something, but apparently they have no interest in telling what you previously spent your money on.

So I logged out, closed firefox, and started the process all over again. Guess what - my reset, brand new, I even wrote it down, password is wrong.

Why are Orange determined to live up to every stereotype about French customer sevice?

Strange that about orange I have no problems both with the fixed line phone ( which we never use to make calls) or the internet phone which is free for most calls. I have bills for 12 months with lists of all calls, all down loadable if I want. I have no problems and am still using the original orange password which is a good mix ot letters and numbers. We use Chrome as firefox had several security issues so we changed. The new windows 10 does not like Chrome, now there's a surprise!!

Simon, your comments prompted me to check to see if I could get my phone bills on line. I hadn't looked in ages. No problem, as Colin says. My password to get into the Orange site is my e-mail password, which makes it easy to remember. Compared to phone plans in the U.S., I find Orange is far superior. That I can get unlimited calling within France, across Europe, and also North America for just 23 euros a month is astounding.

Perhaps Simon ought to fly to the USA to access his on-line factures....???