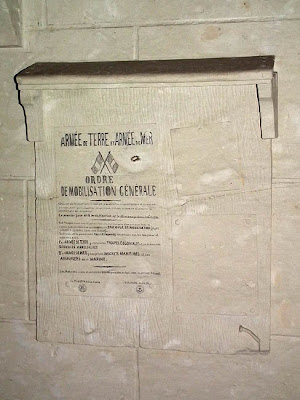 The mushroom caves at Bourré, owned by the Delalande family, have recognised that there is considerable tourist potential in their warren of underground galleries. When you visit you can not only see the mushroom growing facility, but you can also go to the underground village. 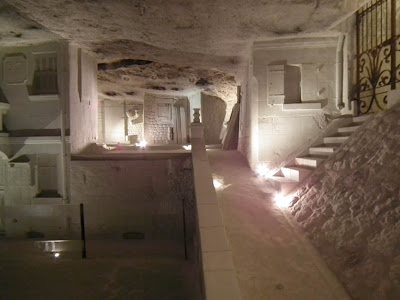 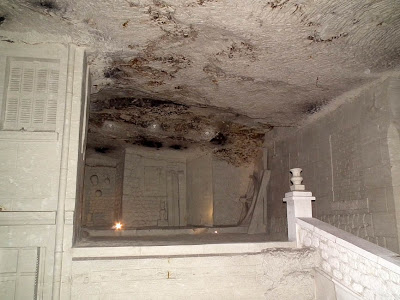 Apparently, this was created by the son of the current owner, who had a spell out of work in the late 80s and in order to keep himself occupied, began carving in one of the unused underground galleries. His father realised that it could be turned into a tourist attraction and paid him to create an entire underground village. 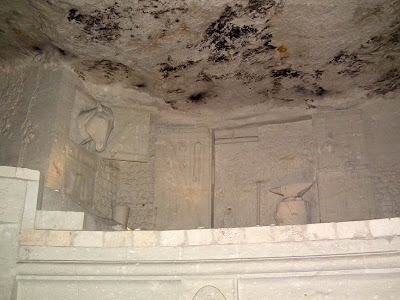 It took 12 years to complete and became something of a heritage project too. They could see that the old masonry and stone carving skills were being lost and that fine old carvings were being destroyed just through exposure to the weather. If they reproduced these skills, as well as illustrating in stone other traditional building techniques, the weather couldn't affect it. Sadly, after a decade of being open to the public, they are thinking they may have to close the village, because like in the prehistoric Lascaux caves, visitors breath is causing the stone to deteriorate. 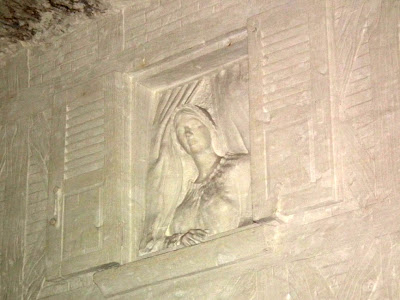 This post was published some time ago then withdrawn in accordance with the Delalande family's wishes. It is now republished because they have decided to pay a portion of visitors' entry ticket price to the sculptor and mason who created the underground village. I assume this is a pragmatic move as many people ignored or did not understand the original restriction on publishing photos of the place.
Posted by Susan at 09:00

We even bought some mushies but that sculptured underground village really is a masterpiece, isn't it Susan?

How sad for the family! And how ironic that this work of art, created to share, is being destroyed by the very act of sharing. At least we have a photographic record. Thank you!

Wow! What an amazing place!

Susan, when we last visited the ville souterraine, a year or two ago, the guide told us it was okay to take photos, but asked us not to post them on the web. Maybe they've changed that restriction.

Ken - no-one said anything about photos, even though everyone was snapping, so we assume it's OK