Etienne-François, Duc de Choiseul -- "a wonderful mixture of selfishness and charm and recklessness and exquisite taste" as Horace Walpole described him. And despite the fact that he was not considered  handsome, a real ladies' man. A favourite of Mme de Pompadour's, he rose to be Louis XV's right hand man, but after the death of the royal mistress, his enemies, who included the new royal mistress, Mme du Barry, engineered his fall from grace. 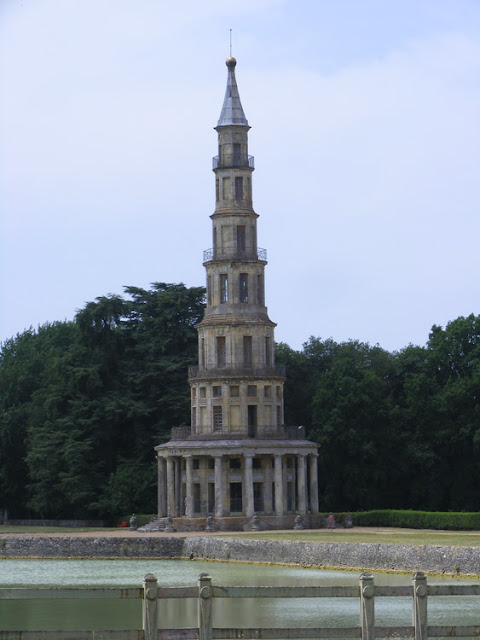 In 1770 the King banished him to his estate at Amboise, the Chateau of Chanteloup. He promptly set about accelerating an ambitious plan to agrandise the park with water features, follies and forest rides. At the same time he entertained generously and all his friends from court defied the King and came down to see him.

Looking from the pagoda entrance down what was once the long canal, now reduced to a sunken lawn. 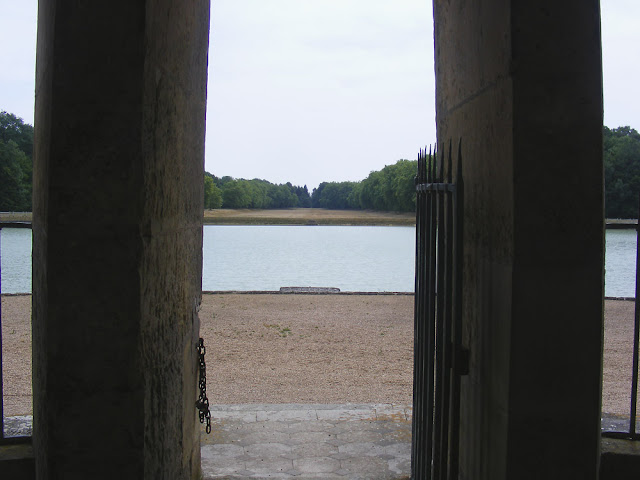 When he died in 1785 he had amassed huge debts of around 2 million livres (the pagoda alone cost 40 000 livres, a comfortable income at the time was 2000 livres per annum). His beautiful and charming young wife scrupulously discharged all the debts and lived quietly in obscurity for the rest of her life. Despite the fact that she adored him and was regarded as an absolute paragon of womanhood by all his contemporaries, Choiseul ignored her for most of their married life and carried on numerous affairs over the years.


The mahogany staircase on the first floor. 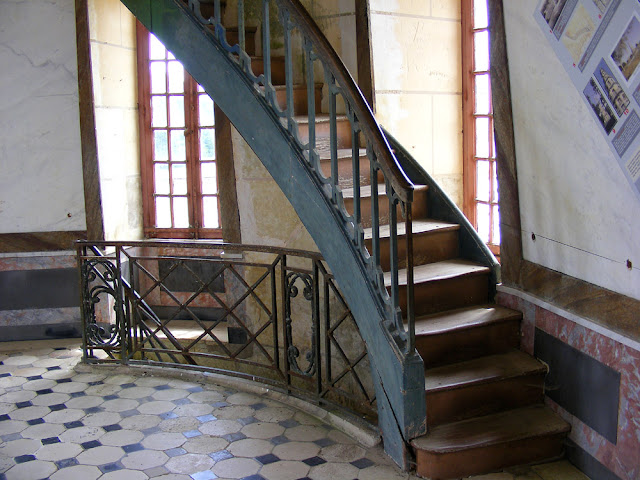 Now the pagoda and its semi-circular pond are almost all there is left of this high octane lifestyle. The chateau was demolished and sold off as architectural salvage in 1823. We only have the ghosts of the vistas created with the pagoda at the centre. 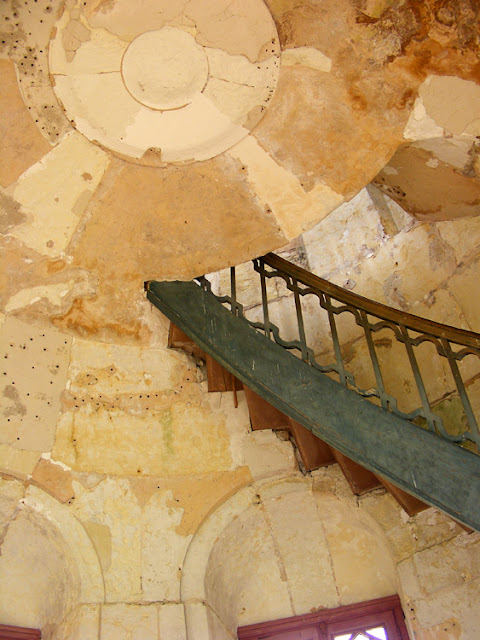 The anglo-chinois style pagoda was built in 1775 as a monument to all his loyal friends. It served as a quirky place to look out over the estate and wider countryside and sometimes to observe hunts in the forest. The seven levels are accessed by an increasingly narrow mahogany staircase which winds its way up between the floors. Each level has a domed ceiling and balconies which you can step out onto to take in the view.

Looking straight down.
(I stole this idea from Stuart, whose photo is much better than mine.) 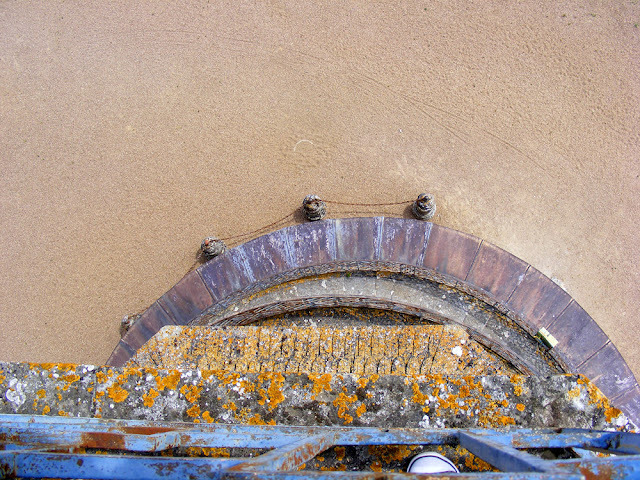 The gardens once covered an area of more than 3000 ha and were originally designed to emulate Versailles. Just as at Versailles, supplying the place with sufficient water to run the water features proved problematic and involved some improbable engineering schemes. Later the Duke was captivated by the trendy anglo-chinois style and the gardens were transformed from the rigid formality of the French garden to the sinuous exotic naturalism of the anglo-chinois.

Looking from the top of the pagoda towards the outskirts of Amboise and the Loire. Once there would have been a large classical style chateau and beyond that a gilded wrought iron gate in the view. 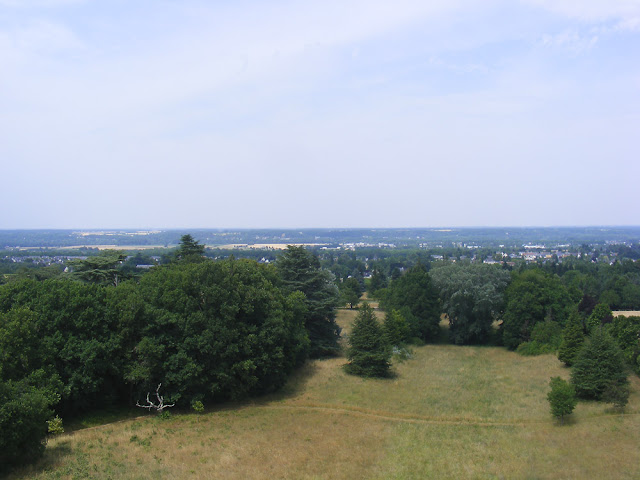 First and last time I was there was in 1954. The pagoda was closed and there was not a soul around. I had the whole thing to myself! I wished I had been able to go to the top! Next time?

Love this post. Wonderful sense of how poignant historical remnants can be.

Even today you could easily go there and be the only person at the Pagoda. When I went there was one other group of 4 in the pagoda itself and several people walking the paths - that's all, in peak tourist season.

The pagoda is especially good for this as you can stand on the top and look out over a landscape that clearly shows the traces of what was once there.

The only time we have been it was closed!

That's a shame. I'm sure you would have enjoyed the views. Putting a positive spin on it though, you have saved yourselves €19...