If you were thinking of nipping down to NOZ in Loches to buy Old Speckled Hen at 99c a bottle, sorry, you're too late. 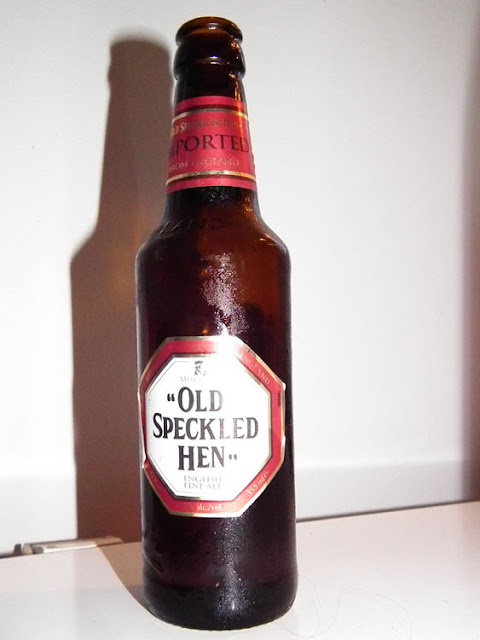 I was interested by the back label. I doubt if it is as well travelled as the label would seem to show, more like it was labelled for export and then never sent. 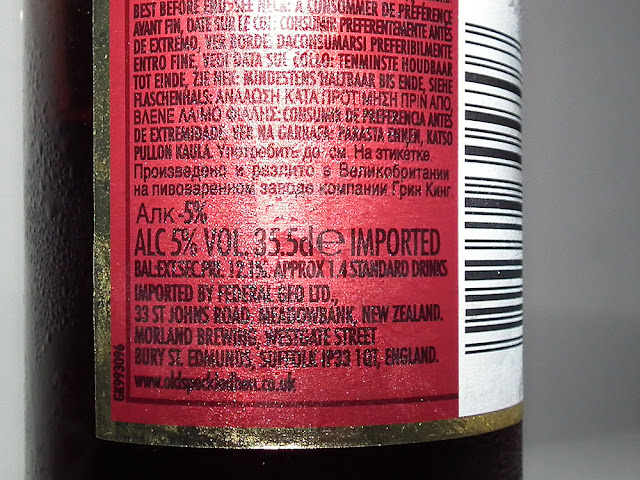 
Yesterday saw a maximum temperature of 37, 38 and 39 degress Pharmigrade.  What that translates to in english is "phew". Pharmigrade (or to give it its more scientific name, Celcichem) is a temperature scale where 0 is the freezing point of some stuff, and 100 is the boiling point of other stuff, but not necessaily the same stuff. It isn't the most accurate of temperature scales, but it is the temperature most often displayed in public.

The same displays also show the time and date in CPT (Central Pharmacutical Time). CPT is UTC +1hour and ± some minutes, where a CPT minute is based on the half life of Asprin.

This evening is les Baroudeurs, with what looks like an interesting line up. We will probably pop along. Or rock up.

Old Heckled Spen....
not one of my favourite brews... but I raise a glass of it occasionally to my late uncle and Godfather, Spencer... known as Uncle Spenny... whose life changed after my Aunt died...
he became much more carefree and found himself another wife...
more in tune!!

"a CPT minute is based on the half life of Asprin"....
And the display is actually sponsored by the creators of Paracetamol!!!
The most nauseating one I've seen is one in Descartes...
which, if you stand outside the bakery near the man's statue...
you can see another one from just up the road as a reflection...
at the same time....
both changing out of phase with each other...
and the one on the shop you look at has a spiral element to the display.
Yuk!! Pewk inducing...

Probably see you this evening then....

Hi Susan
Do you know if you can buy Pimms there? I have searched this area but no joy.

Noz is an end of line shop, so they have whatever they have, not a standard set of lines. They may have Pimms occasionally, but most likely not. They didn't have any on Monday.