A few days ago in the orchard as I was inspecting our grape vines I heard a familiar grating sound. Carefully looking around under the grape leaves I found the source of the noise -- a female wool carder bee Anthidium manicatum gathering the downy fluff on the undersides of the leaves to line her nest hole with.


She emerges from the nest hole. 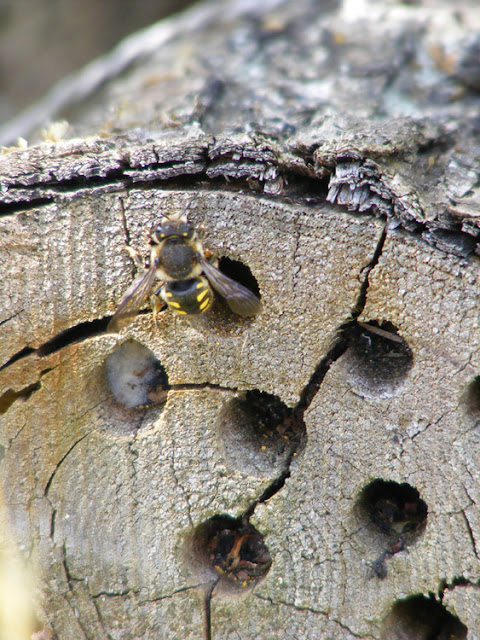 I was extremely pleased to see that she, and some of her friends, were using a bee hotel I'd put in the nectarine tree by the potager gate. Well over half the holes were occupied.


A little bee bottom is visible as she crawls into her chosen nest hole. 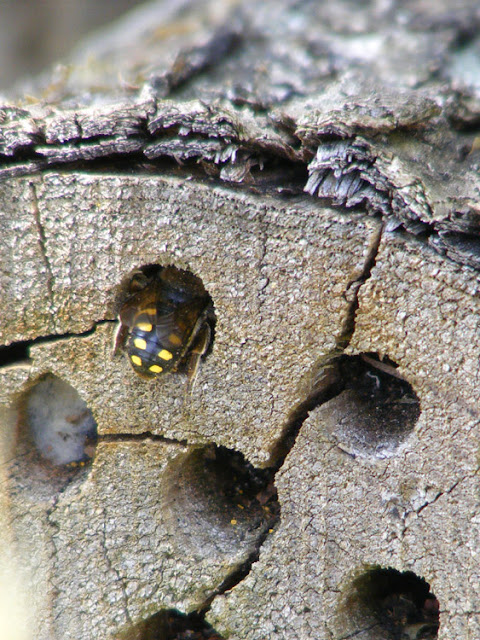 I wondered if the Anthidiums would use the patch of Rose Campion Lychnis coronaria that grows freely in one corner of the potager. An inspection of the patch revealed a male bee on guard, but the females were ignoring the Lychnis. The males stake out flowering woolly plants, establishing a territory that they protect from all intruders except female wool carders, who will come for nectar and fluff, and get mated as a result of the male's vigilance and aggression. In this instance the females were probably enjoying the opportunity to peacefully gather fluff elsewhere. Curiously, no males had thought to stake out the grapes, perhaps because they don't offer nectar.


Evidence that more than one individual is using the bee hotel. 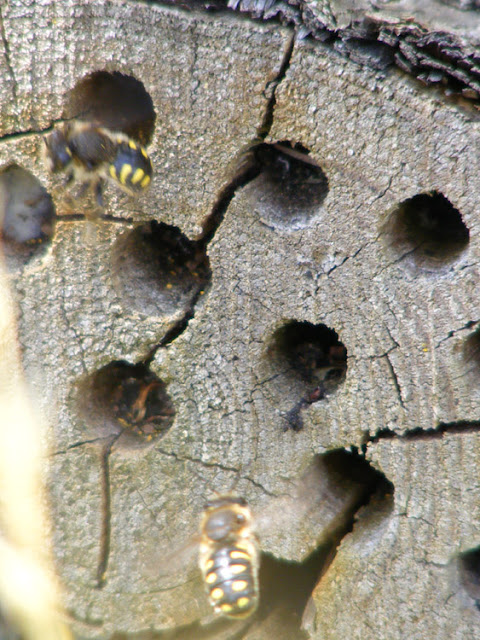 Inspecting the second bee hotel in the nectarine. 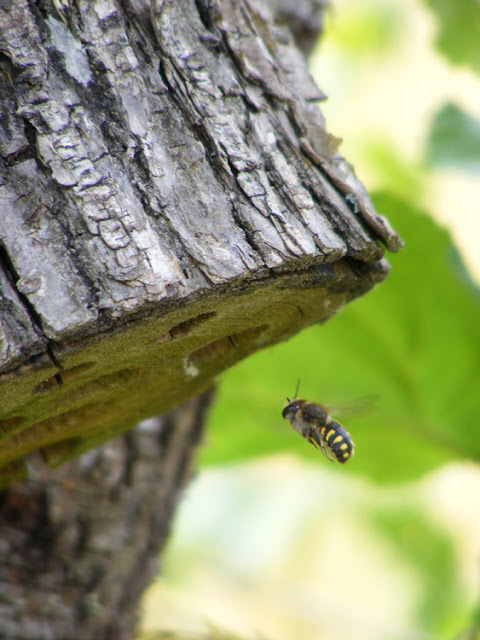 If your bee hotel is sprouting bunches of dried grass, you have the Grass-carrying Wasp Isodontia mexicana. 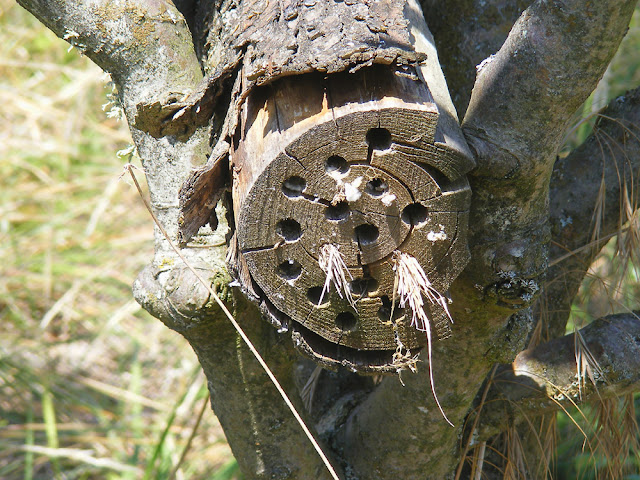 Great flight shot in the pic just before the Grass-Carrying wasp piccy!

I agree with CHM.