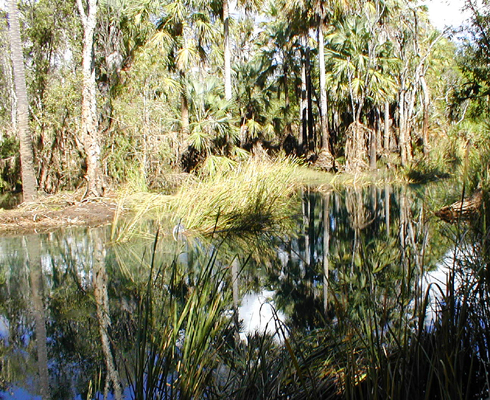 Bitter Springs, right in the middle of Australia, is part of a geological formation made of limestone and dolomite. The Springs themselves are the source of the Roper River. 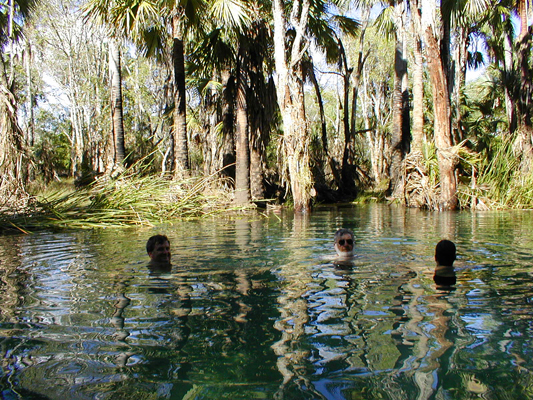 They are contained within Elsey National Park and are a popular wild swimming hole. The water is a sort of cloudy turquoise, typical of mineral waters with a high calcium content. The pools are thermal, not hot, but always pleasantly warm. 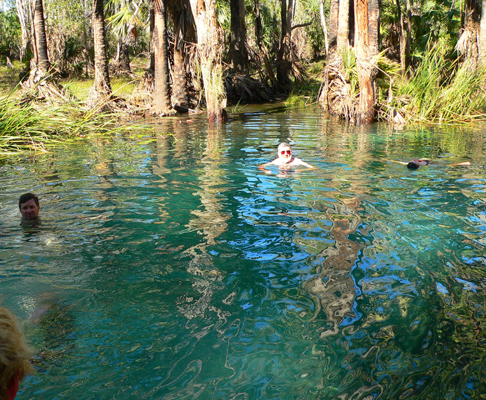 Before being declared a national park, Elsey was a station (ranch). When Jeannie Taylor married Aeneas Gunn in 1901, this isolated cattle farm was where he took the Melbourne raised teacher. After his death only 18 months later she wrote a barely fictionalised account of of their life there called We of the Never Never. It became an iconic piece of Australian literature and a remarkable testiment to a mythic landscape and a way of life and that is revered amongst highly urbanised Australians as being intrinsically linked to the Australian identity. 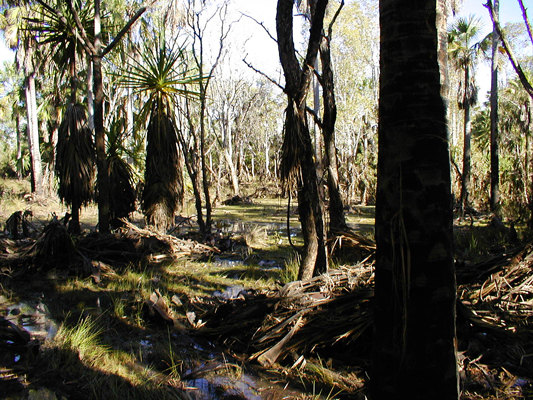 From the name of the Springs, I assume the water is not drinkable?.

I doubt if you'd come to much harm unless you drank it often. I assume it is too high in mineral salts for cattle, hence the name.

Both meanings are evocative in their own way.