Things We Never Said: Colbert and Le Brun at Gobelins

Last year we spent a week in Paris with our friend Liselle and one of the things we did was visit the Gobelins tapestry factory. It is an absolutely fascinating visit, but only available as a guided tour in French. I've never written about it because it is forbidden to take photos inside the factory buildings or even to talk while in the workshops, in case you disturb the weavers who need to be totally focused on their painfully slow work.

However we did take a few photos of the exterior, including photos of statues of the two men who were the driving force behind the factory. 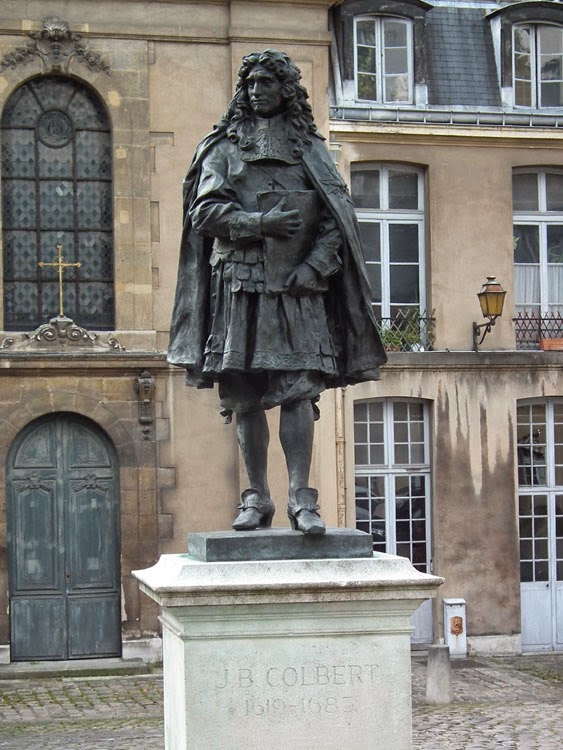 Jean Baptiste Colbert was Finance Minister to Louis XIV for nearly 20 years. Under his influence the French crown set up, funded and supported a number of manufactories specialising in luxury goods. They remain the bedrock of France's reputation for beautiful high quality decorative arts and remain in the hands of the French State.

The Gobelins Tapestry Manufactory is probably the best known of these luxury goods workshops. It continues to produce tapestries to this day and guards the legacy of the artform in France by training not just weavers but curators and conservators who are available for consultation by museums and historic houses whose collections include tapestries. 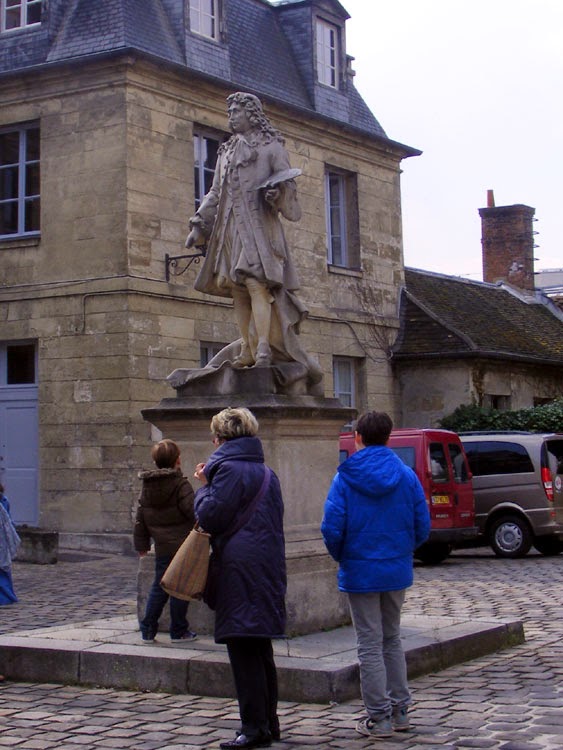 Charles Le Brun was the first director of the factory. He was already a well known artist when offered the position and remained attached to the factory for more than 25 years as both superintendent and chief designer.

He is largely responsible for the interior decorating style known as Louis XIV. Naturally his hand can be detected at Versailles and both he and Colbert were incredibly productive workaholics.

A photo has been added to the Grape Hyacinth Muscari neglectum entry.

A photo has been added to the Roadside Verges, Ditches and Banks habitat entry.

Photos of a Hummingbird Hawk Moth Macroglossum stellatarum nectaring at a Fragrant Orchid Gymnodenia conopsea have been added to both species entries.

Now that was a good day. Excellent company and a really interesting visit.