This year a three year programme to restore the roof and facades of the Chateau of Azay le Rideau begins. It follows the two year long restoration of the park back to its 1855 'English landscape' style.


Restoring the terrace wall by the mirror pool. 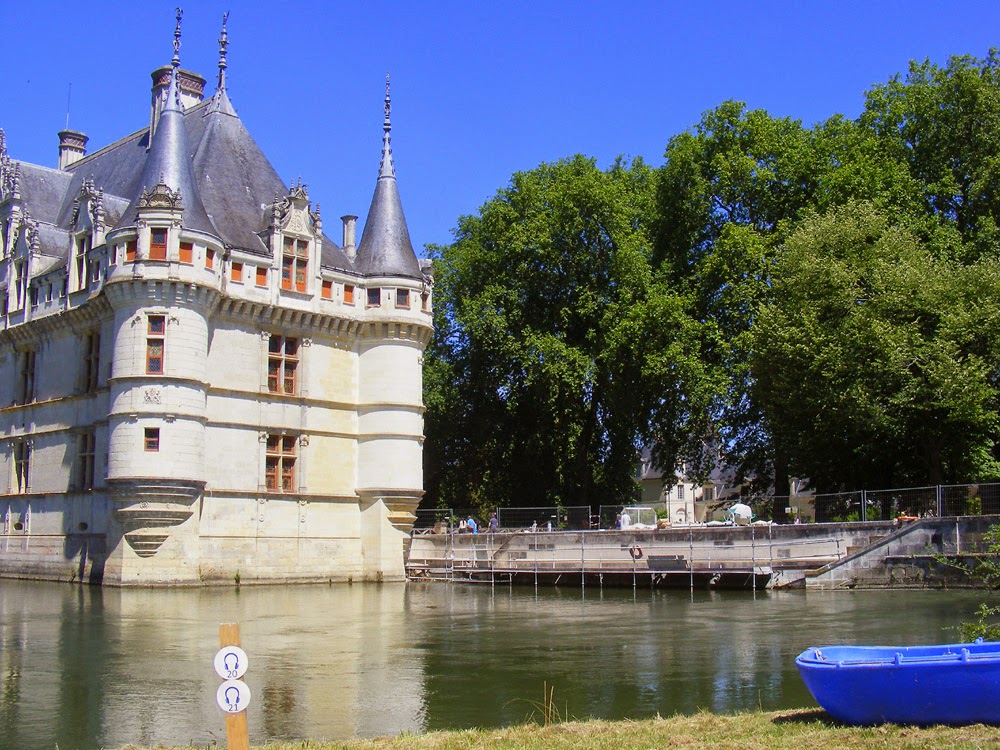 In 2013 the Centre des monuments nationaux, who own and run the chateau, chose to invest nearly €15 million over the period 2013 - 2017 to improve the site. The first part of this restoration was the 7 ha park, classified as a National Monument in 1907. The restoration was based on an 1855 plan of the domaine and will allow the visitor to experience the parc paysager à l'anglaise.


Looking down the stream to the chateau on its island. 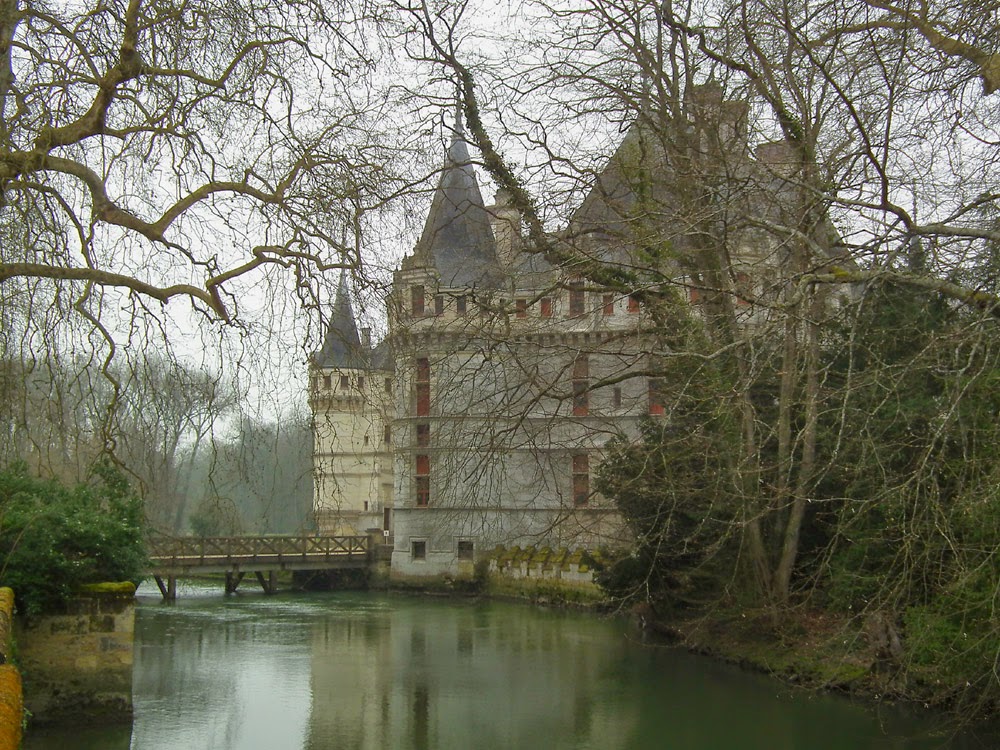 The soil has been improved and paths stabilised, facilitating disabled access. The opportunity to install cables and pipes for lighting and watering systems was taken while the ground was being dug up. The water for the irrigation will be extracted from the river. Paths will be lit by a network of lights along the edges.


Looking at the front of the 16th century chateau from the main gate. 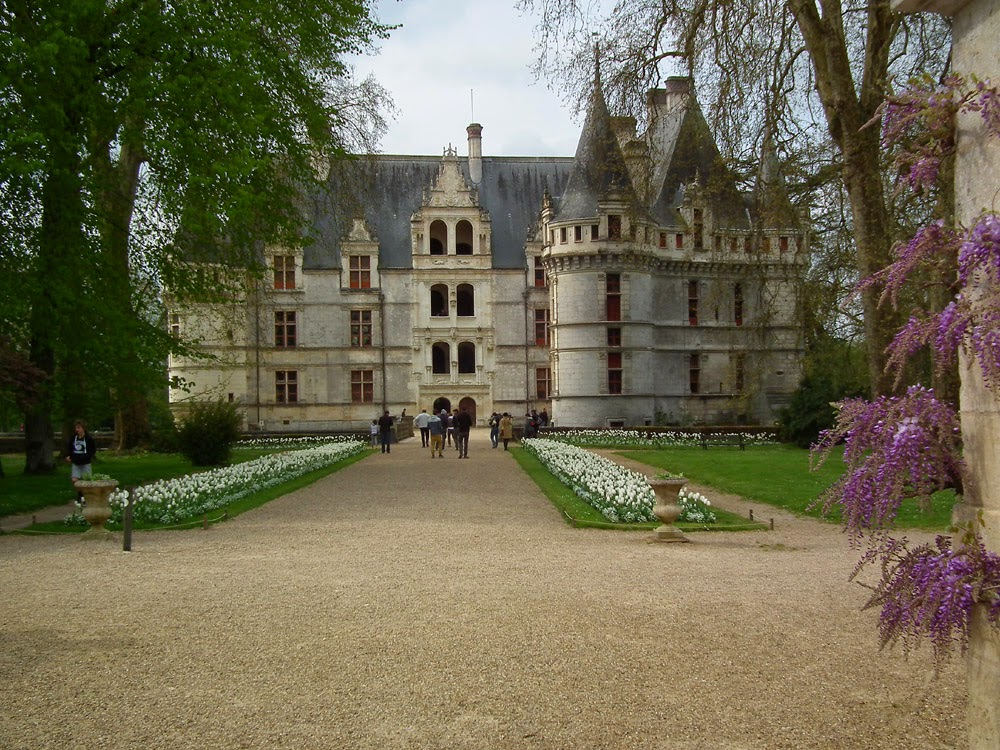 As you emerge from the visitor centre you will be confronted by a massive bed of hydrangeas. On the lawn in front of the chateau the grass has been re-sown and will feature seasonal patches of brightly coloured daffodils, irises, tulips and perennials. The gardeners will only cut the grass three or four times over the season. The garden will be maintained without the use of pesticides. Numerous trees were coming to the end of their life and have been removed. They've been replaced based on the planting scheme shown in the 1855 plan. Four species of walnut have been planted, including a Black American Walnut, as well as Ash, Elm, Pagoda Tree and others.


The foreground of this view has been improved since this photo was taken several years ago. 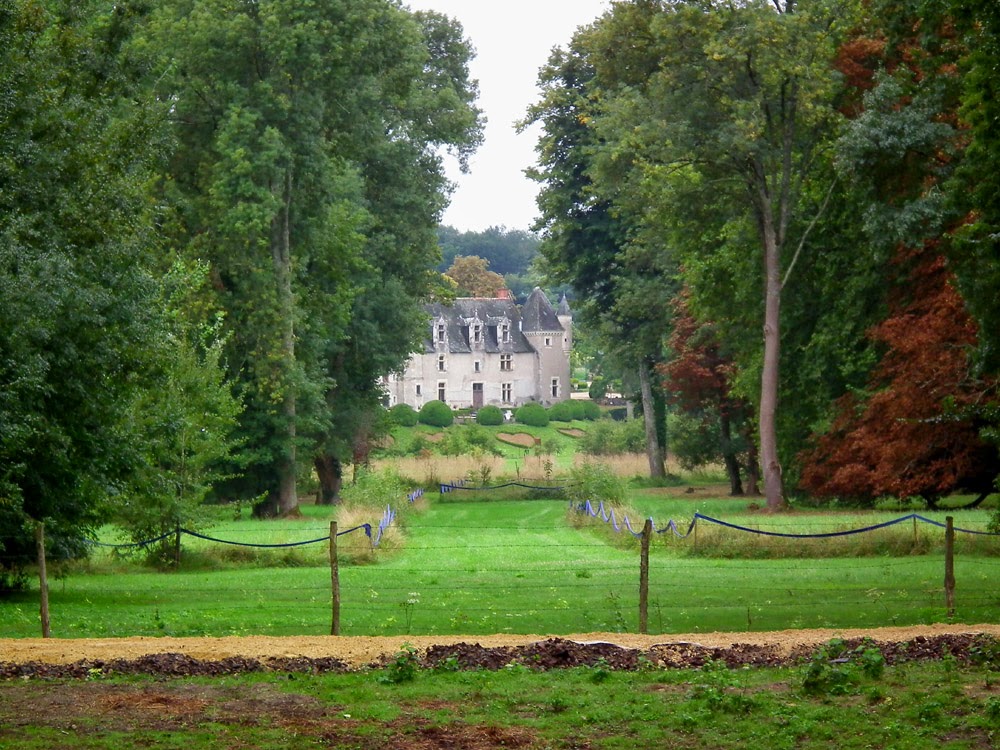 The former kitchen garden of the Biencourt family will become a conservatoire of heritage Touraine vegetable varieties, cutting garden, scented garden and butterfly garden. L'île de la Rémonière will become an auxiliary space, from now on accessible by a foot bridge. Situated on the other side of the Indre it offers a new angle on the chateau. It's classified as a Natura 2000 nature reserve and allows visitors the possibility of seeing rare and protected plants and animals.


Clearing the mirror pool of algae in the summer. 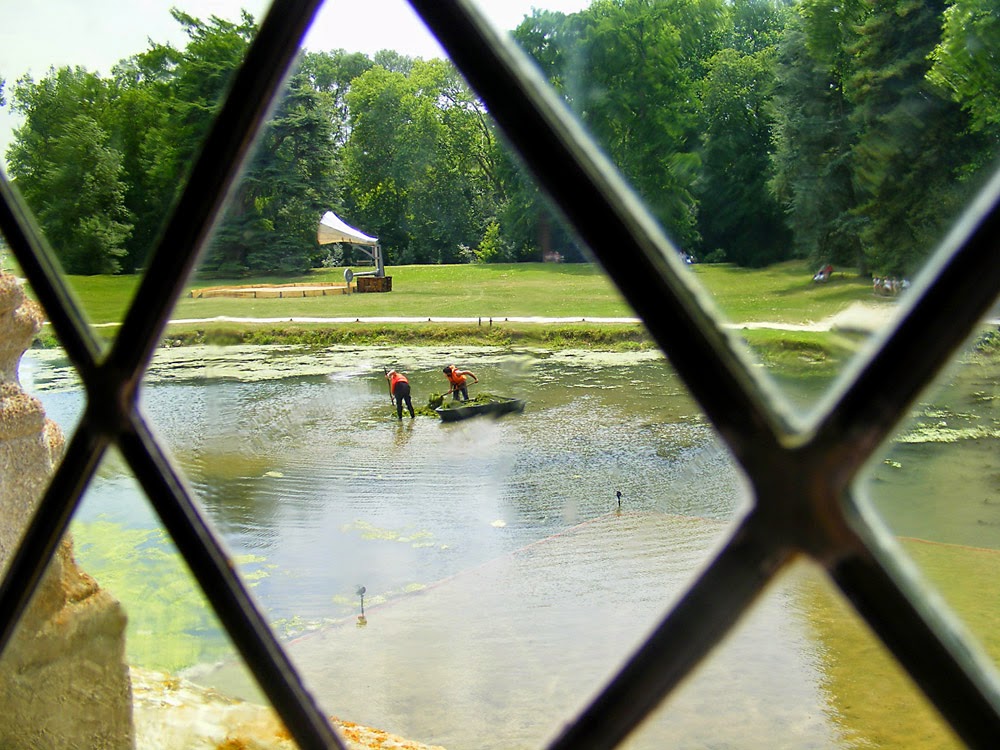 Now the work on the park is finished everyone is looking forward to how splendid the new park will look in the spring, even if the building is swathed in scaffolding.

************************************
A la cuisine hier: Macaroons, of the sort Henri II might just about have recognised, rather marzipany, not the rainbow ganache filled puffs you see in pâtisseries today. I made three batches -- plain coconut, cranberry, and ginger and coconut. The plain ordinary ones were the best.

One of Simon's Shepherd's Pies from the freezer followed by rhubarb from a jar and homemade custard.

Macaroons: I also like the plain coconut ones. I had plenty of egg whites over the holiday and made two batches . They didn't last long :-)

Doesn't matter how many batches you make, does it -- they don't last long :-)

Lovely photos. The view down the stream is especially good I think.

Yes, I like that one too. The tracery of the bare plane trees gives it the all important fairytale look I think.

Your area seems to be teeming with renovation projects (châteaux, the local chapel, the signs in the Tours train station...) Maybe it's the same here and I'm just not aware of it....or don't think about it, because now that I do, it's true that Rodez has undergone a major renovation connected to the construction of the Musée Soulages...

I think we are particularly aware of it because it potentially impacts on our business. For instance, Azay told me via email about their renovations, plus it was in the paper.