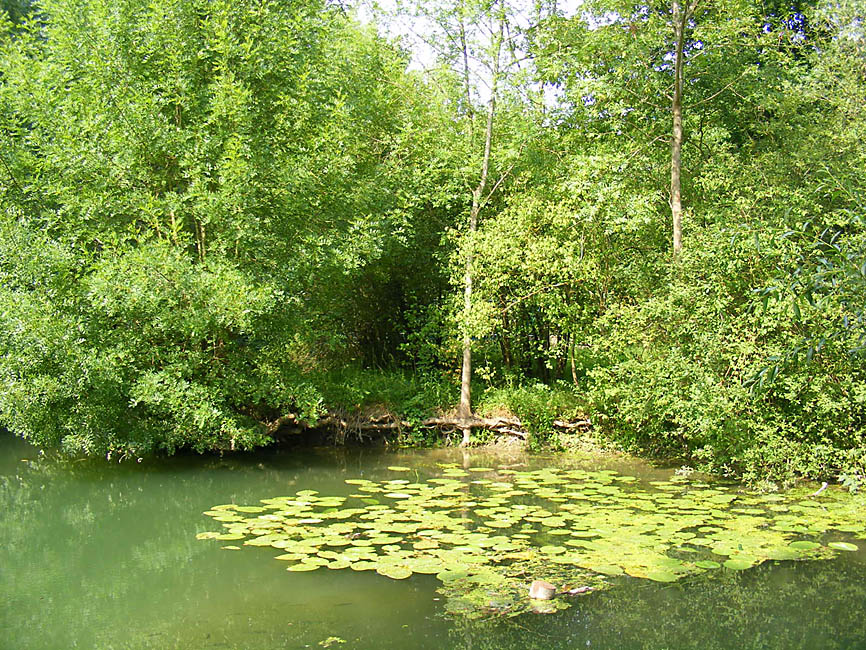 From this (above) to this (below). 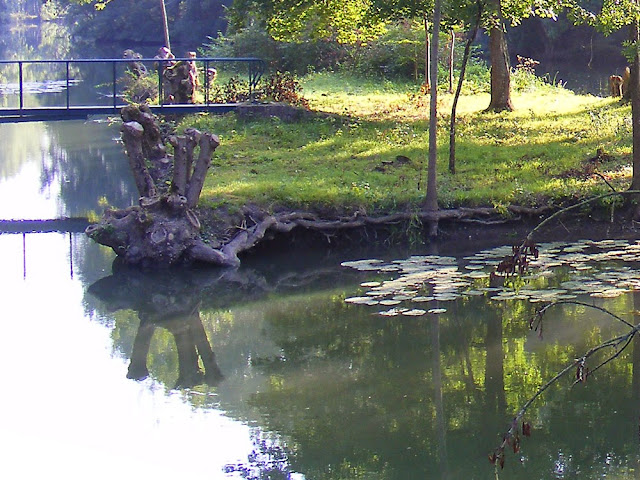 The Ash Fraxinus exelsior trees on one of the islands in the river at Pont de Ruan were coppiced earlier this year. The trees grow right on the edge of the island and their roots form a retaining structure preventing the island from being undermined by the flow of water. Ash is often used in this way in France. It likes a moist environment and takes well to being coppiced.

Coppicing is the practice of regularly cutting trees back to a stump known as a stool then allowing them to shoot again. The word is an anglicisation of couper the French word 'to cut'. The cutting part of coppicing is done every 5 to 30 years, depending on what diameter of regrowth is wanted. The regrowth tends to be straight and often has a commercial value. The straight dense but flexible wood of Ash has been used in France for thousands of years for tool handles -- everything from prehistoric spears to garden forks sold in the brico stores.

The reason for coppicing these trees is primarily to keep the landscape stable. It reduces their tops so wind rock is not a problem. The trees develop massive root systems compared to their tops, which is ideal for stabilising the banks of the island. Coppicing has the added benefit that it will triple the lifespan of the tree (or even more). Unmanaged Ash has a lifespan of about 200 years, but a coppiced Ash could live 1000 years.

Email ThisBlogThis!Share to TwitterShare to FacebookShare to Pinterest
Labels: nature and wildlife, Prehistory, Towns and Villages near Preuilly

We should teach bees to forage on parking lots!

Sorry, how to forage, of course!

chm: the problem isn't parking lots in this case, it's modern intensive cereal cropping, with narrower and narrower field margins, hedges ripped out for bigger and bigger fields. Bees may love canola and sunflowers, but if there is nothing in between the few weeks each that they are in flower, there's a problem.

Thank you, Susan, for the explanation. On n'arrête pas le progrès!

chm: You're welcome. I wasn't sure whether you were referring to Joni Mitchell's parking lots or the recent Oregan carpark bee incident, but in either case, it wasn't really what Chris was getting at (although both are part of the wider problem).

Susan,
these are no longer true coppice stools....
although it is clear that they were originally...
they are now what is known as hand harvest pollards / tetards...
and date back to pre-historic times...
the local name is "trogne" for any tetard...
including these...
the pre-historic one was a willow trogne found at the bottom of a river in the UK and dated back to 37,000 BP...
it had been harvested of willow shoots for a very long time...
the nearest match... and most easily seen equivalent locally are the vineyard Golden Osier stumps.

The shapes that result are amazing!!

Tim: many thanks for this additional information.