Those of you familiar with Loches and Poitiers, amongst others, have probably noticed Renaissance era buildings with ornate friezes decorated with, of all things, beautifully carved ox skulls. Why would anyone put such a macabre motif in prime position right on the front of their expensive and luxurious house you probably wondered...Well, I did anyway, so I looked it up, and this is what I discovered:


Bucrania on a building in Poitiers (now a private health insurance agency). 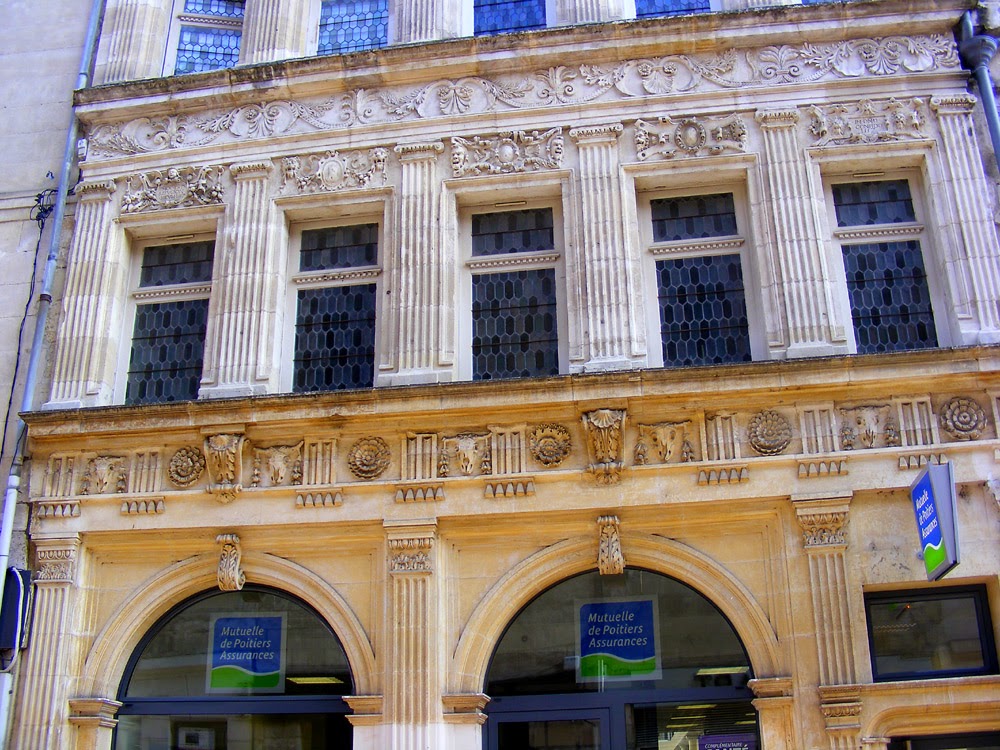 The answer is to be found in the way European culture looked back on Roman times as the good old days. Roman motifs and symbolic references to Rome appear everywhere throughout the post Roman period.


La Chancellerie in Loches, with both ox skulls and ox heads. The bucrania on this building are not as fine as the ones in Poitiers that I photographed. 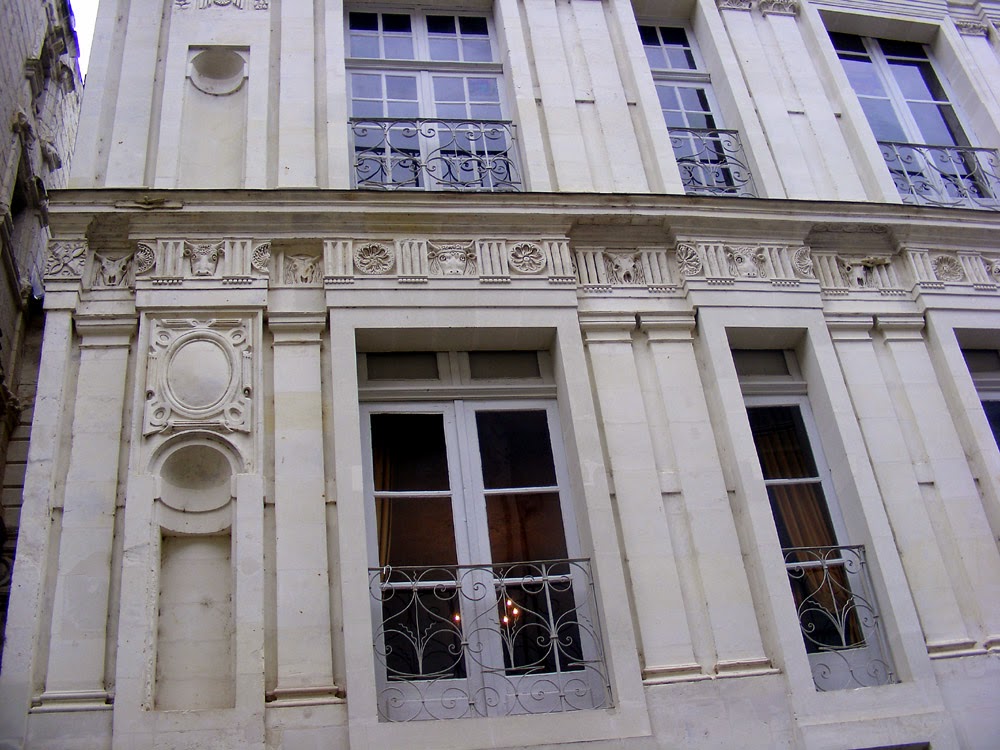 Bucrania, as these ox skulls are technically termed, are just one manifestation of this nostalgia for an illustrious past. The ox skulls are generally depicted draped in garlands of fruit, flowers or tassels and probably come from the Roman habit of dressing a sacrifical ox then displaying their heads on the temple walls after the ceremony.

They are part of a suite of classical architectural elements used by wealthy 16th century French aristocrats and bourgeoisie to indicate how cultured and educated they were. 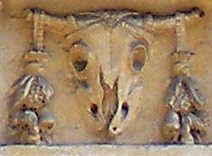 Au jardin hier: It's got to the stage in the season where a frost could catch me out, so I went down to the potager and lifted some Jerusalem artichokes (we have a nice smooth white variety that doesn't need peeling, which I will roast), beetroot (half a dozen little beauties), celeriac (two softball sized roots, which I will roast) and celery (short and stringy, but good flavour so will make good stock). I also picked a zucchini, chard (silver beet) and some chives and gathered some pine cones for the fire. The ground is now quite wet and sticky. I only took a hand fork down, not realising that celery and celeriac have enormous and vigorous root systems. It's the first year I've produced edible celery or celeriac and it must be due to the cool damp summer I think.
Posted by Susan at 09:00

Email ThisBlogThis!Share to TwitterShare to FacebookShare to Pinterest
Labels: Loches and area, Towns and Villages near Preuilly

"due to the cool damp summer"...
spot on...
both plants are very thirsty beasts...
they also like rich, water retentive soil.
I grow my half dozen celeriac close to the house simply because...
to get them to any size they need very regular watering...
this year, they didn't need as much intervention from me...
and still grew bigger than they ever have, for me, here...
on the sandy allotment soil we used to have you just couldn't grow either.
Might consider some pink celery next year as well...
it is a self-blanching variety with a pink blush at the bottom...
but most importantly...
it tastes wonderful!!

The Potty-Ears skull looks biologically more accurate, too...
as well as being better carved...
a very interesting post...
hurrying through old streets is a guaranteed way to miss something interesting....
look up...
look up!!

And the Loches "live" one looks as though it has been caught just at the moment of slaughter!!

Tim: yes I thought the Loches ox looked rather surprised.

It could be Elizabeth's next carving project!! make a change from owls...

Colin: oooh yes! I never thought of that -- good idea.

I like the word Bucrania! But how ghoulish in terms of modern taste.
Are Jerusalem artichokes easy? Do they take up a lot of room!

Fraussie: Jerusalem artichokes are very easy, and once you have them you will never get rid of them. They can spread quite a bit, but I guess you can stop that by digging and eating them :-)

The decorated oxen in Loches remind me of the beautiful bronze sculpture on the façade of the Jewish school in the Marais in Paris. Your mentioning both oxen and “Jerusalem” artichokes must have jogged my memory of it. :-)
Tête de boeuf casher

Dean: Now that is interesting. Did the Romans take the idea from the Assyrians one wonders. Thanks for the link.