Photos From the Front Line

At the end of August I had to go to Paris to meet some clients. They were staying at the Marriott on the Champs-Elysées, so I exited the métro at Champs-Elysées-Clemenceau by the Grand Palais and walked down to the hotel. I had time to check out a very moving exhibition of photos taken during the First World War that are on display along a section of the Champs.

Here is a selection of some I found particularly interesting or affecting:


The exhibition of 100 images stretches down the footpath. 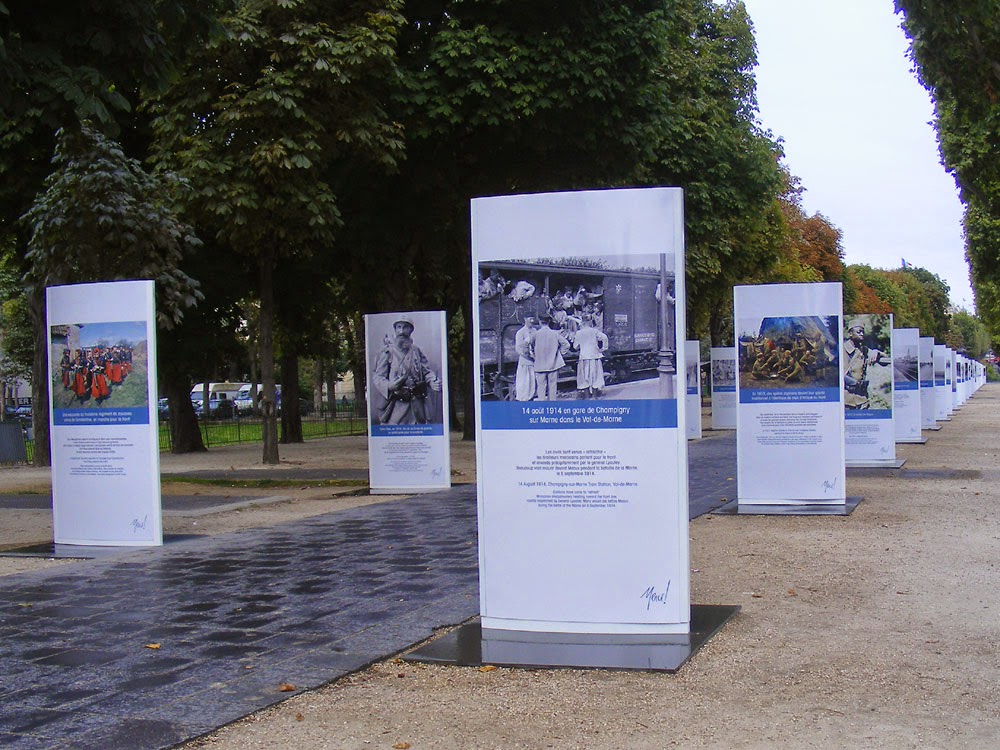 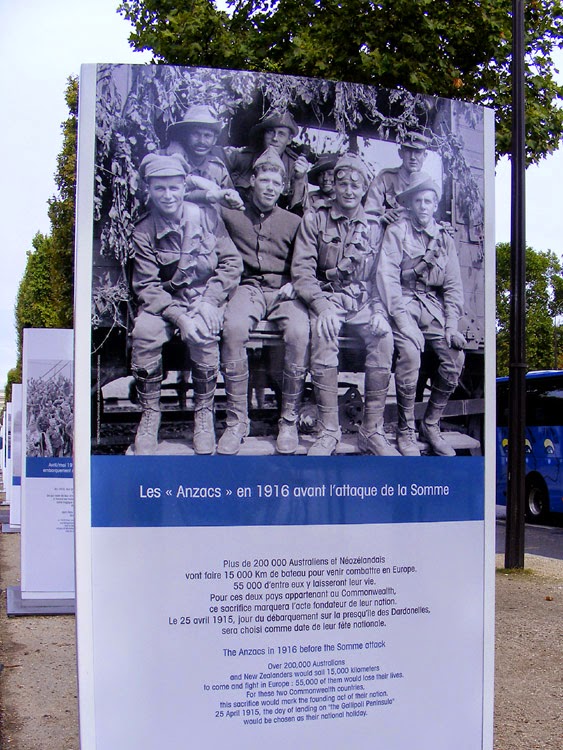 Verdun is the World War I campaign that resonates most strongly for French people. 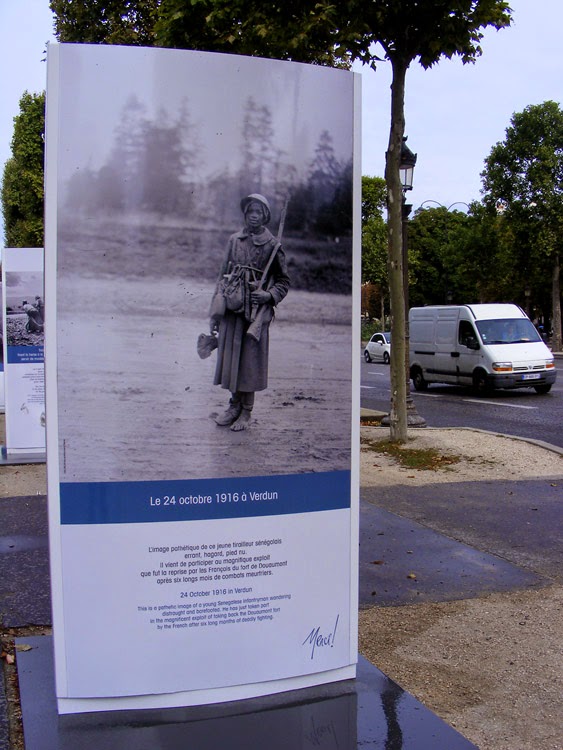 Service dogs were widely used for rescue and communications. For an account of the actions of one of the most famous messenger dogs and some other interesting pictures of World War I service dogs see here. 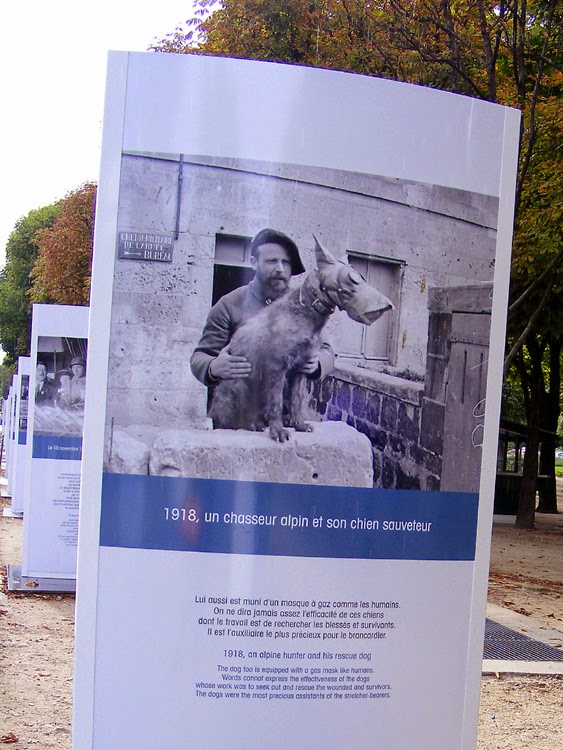 The Chasseurs Alpins are three elite battalions of French soldiers who specialise in mountain (and more recently, urban) terrains. They are identifiable by their big floppy beret.

From Preuilly take the D725 towards Azay le Ferron. After 5 km at the lieu-dit La Lieutenauderie go left on to the D63c towards Obterre. The étang is 2 km along this road.

From Ligueil or Loches, don't go into Preuilly, but take the D725 just before, towards Azay le Ferron, then follow the directions above.

I get the impression that WWI seemed very distant to many Parisians. Life still went on... the pilot of a little German bomber called a Taube (Dove) dropped a few grenades by chucking them overboard, not much damage done. They only found out about the sacrifices of people like the Anzacs, and Canadians, Indians... much later. And all the Chinese "coolies" (excuse the term) who were civilians, recruited to lay the military railways, who lost their lives and lie in unmarked graves. Pauline

PG: Really? Surely everyone must have had friends and relatives in the trenches, dying and being injured. Verdun was really touch and go for France. And what about the Paris Gun and zeppelin raids? Once bread rationing started Parisians took it extremely personally too. Certainly the people in the villages and towns around the front line knew and appreciated the Anzacs etc. Those in the Chinese situation are always invisible though...