The Chateau of Montsoreau 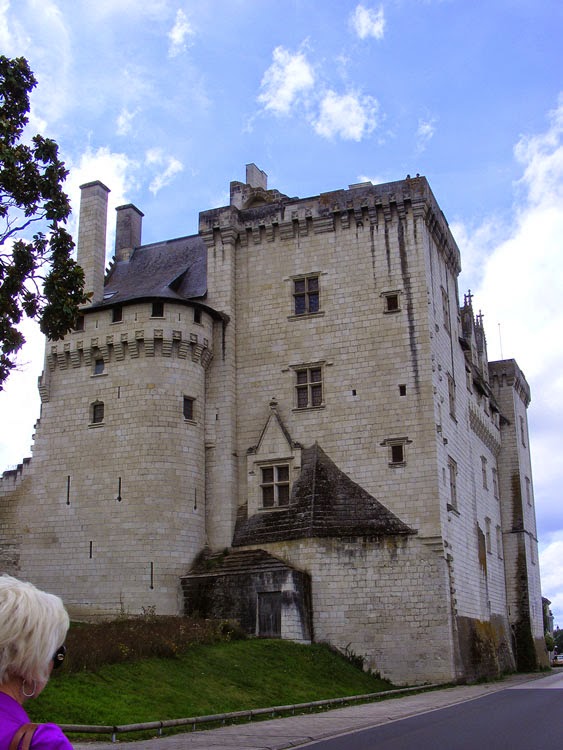 The Chateau of Montsoreau sits right on the banks of the river Loire, near its confluence with the Vienne. Nowadays the main road passes just below the chateau's walls, but once it virtually sat in the river.

It is a 15th century structure, which replaced an earlier chateau-fort. The earlier building was the source of considerable disgruntlement in that endlessly quarrelsome family, the Plantagenets. Henry II had foolishly declared his oldest son, another Henry, to be joint monarch. The Young King, as he became known, was given three chateaux, one of which was Montsoreau. Naturally, his belligerent brothers rose up to oppose their father's favouritism.

The current version of the chateau was built by a courtier of Charles VII in 1455 as part forteress, part pleasure palace. By the 19th century it was being used as a warehouse and was in very poor repair. Despite this it was declared a National Monument in 1862, but like many of the chateaux in the Touraine Loire Valley, it remained virtually in ruins until the late 20th century.
Posted by Susan at 09:00