Some Late Summer Nature in the Garden

See the dry grass poking out from some of the holes in the bee hotel? That's been put there by the Grass-carrying Wasp Isodontia mexicana. It's a medium-large entirely black wasp which stocks its nest holes with paralysed caterpillars for its young to eat when they hatch, then seals them with wisps of dry grass. The wasp is an introduced, but not invasive, species. This is the bee hotel made for me by Kath, by the way. 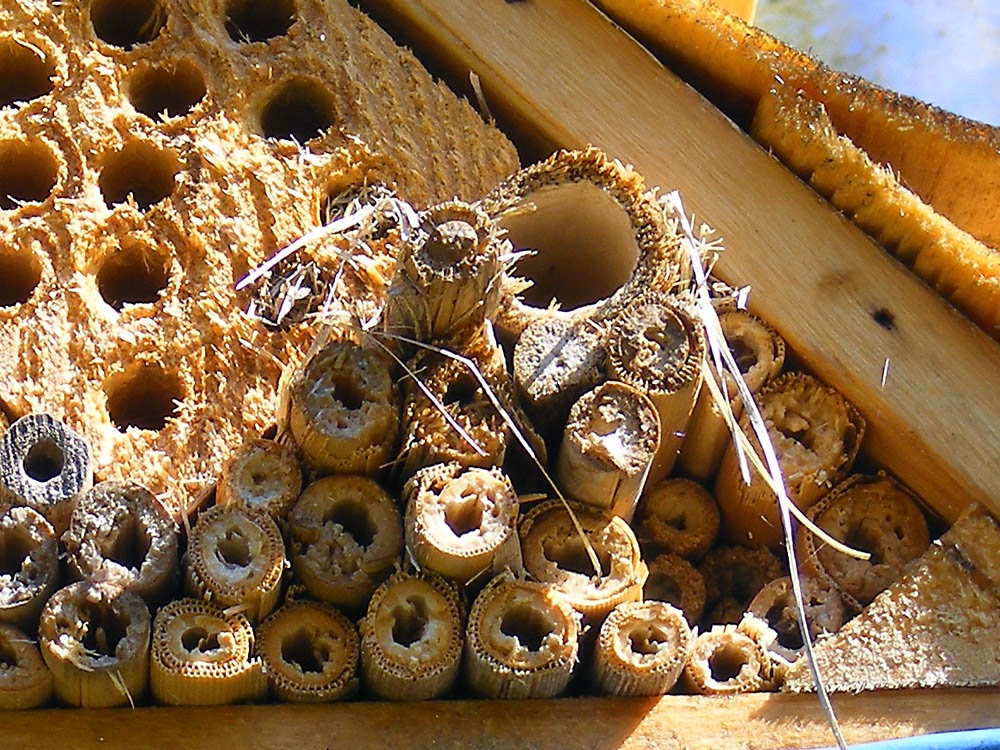 A friend tells me that she realised she had Grass-carrying Wasps in residence when she started finding paralysed grasshoppers on her windowsills. At first she thought the grasshoppers were dead, but they were always flexible, like they had only just died. Eventually she realised that it was the wasp, who was nesting in some metal tubing above two of the windows. The grasshoppers must have either been too big to cram into the available hole, too heavy and she dropped them, or inserting them in the hole required her to put them down temporarily for some reason. 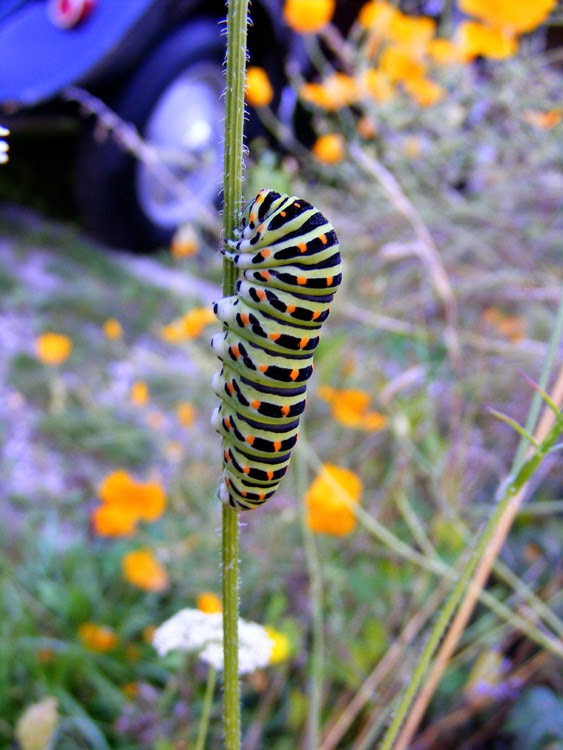 Young Barn Swallows Hirundo rustica gather on the wires prior to migrating to Africa. It won't be long before they've all gone. A lot of 'ours' have gone already and the ones we are still seeing are on their way through from further north. 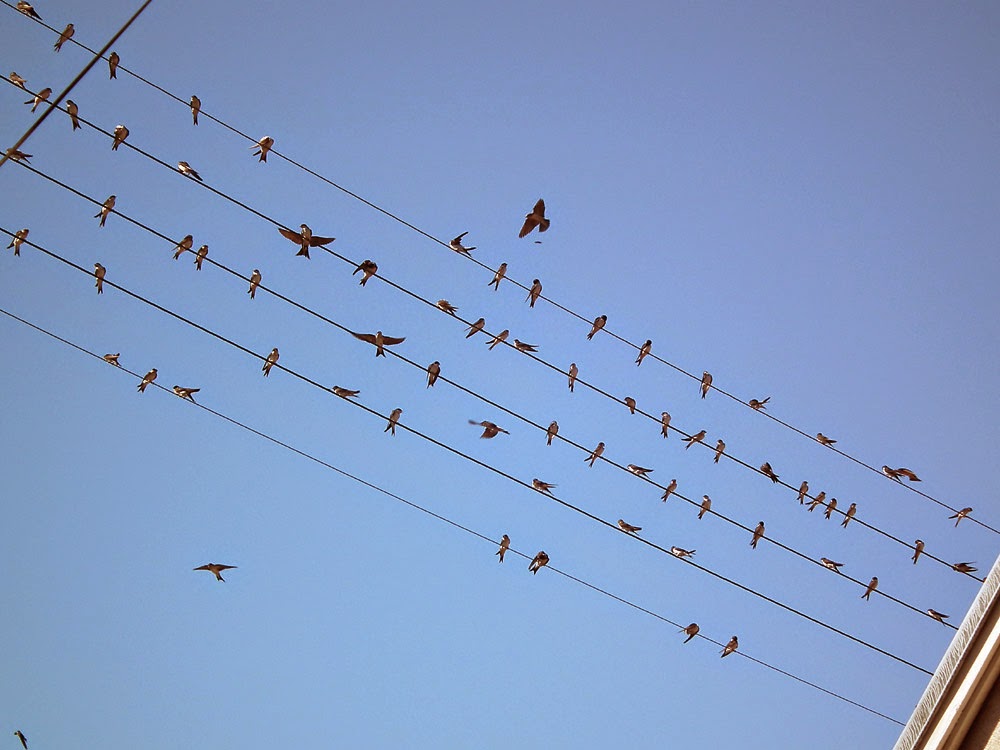 And beyond the garden, on a couple of my butterfly transects...


A female Machimus sp robber fly lays her eggs in a sedge seedhead. She is one of a small group of related robber flies who do this, so it is helpful with identification if you see the behaviour -- it narrows it down to one of only 3 genera. Mind you, within those genera they are not easy to separate into species, especially the black legged Machimus spp. (Thanks to Reinoud for pointing me in the right direction with the ID.) 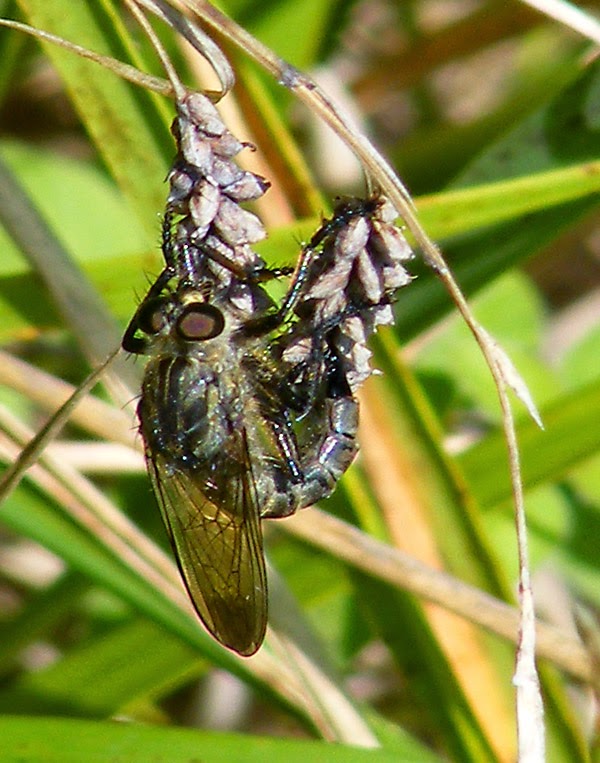 A Giant Tachinid Fly Tachina grossa sips nectar from Hemp-agrimony Eupatorium cannabinum flowers. These quite large and distinctive flies are so ugly you have to love them! And don't worry -- they don't carry diseases or come into your house. 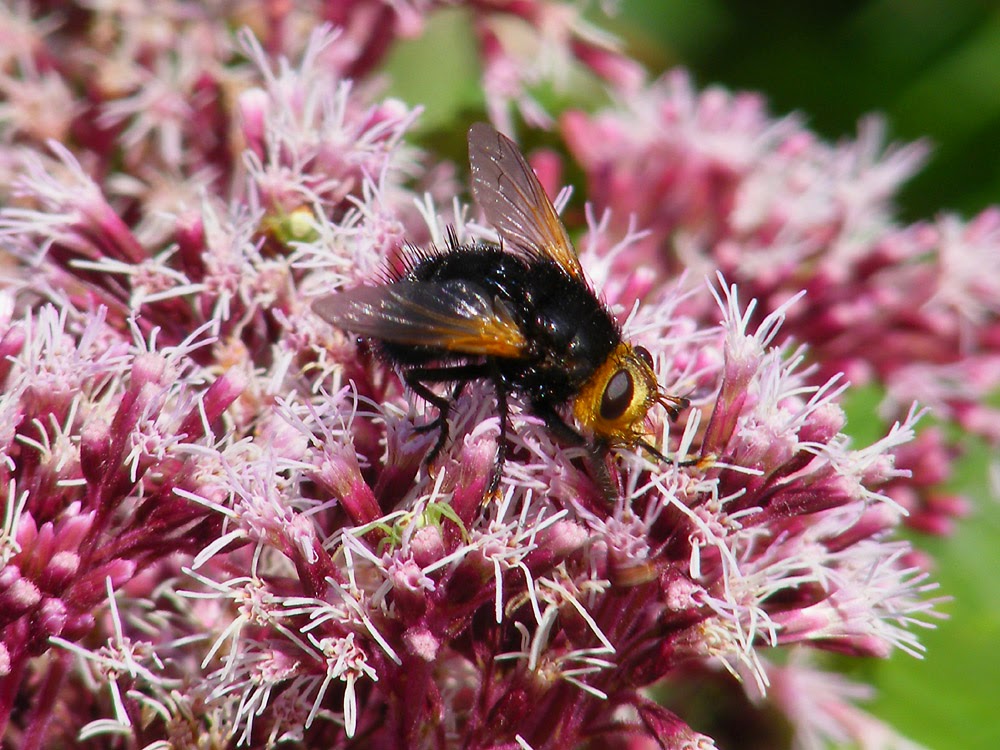 Here in Texas we are awaiting the
migration of the monarchs as they
are "funneled" through here on
their way to Mexico. The last two
years their numbers have been
sparse, but word from the Midwest
is very encouraging for this fall. Have seen one bedraggled
loner so far.