The Dog by the Chapel

The archaeologists are halfway through their second dig of the remains of the private chapel associated with the medieval royal apartments in Loches. The discovery of the grave of a dog is perhaps the thing that has engaged the local journalists the most.


A newly exposed arch in the chapel. 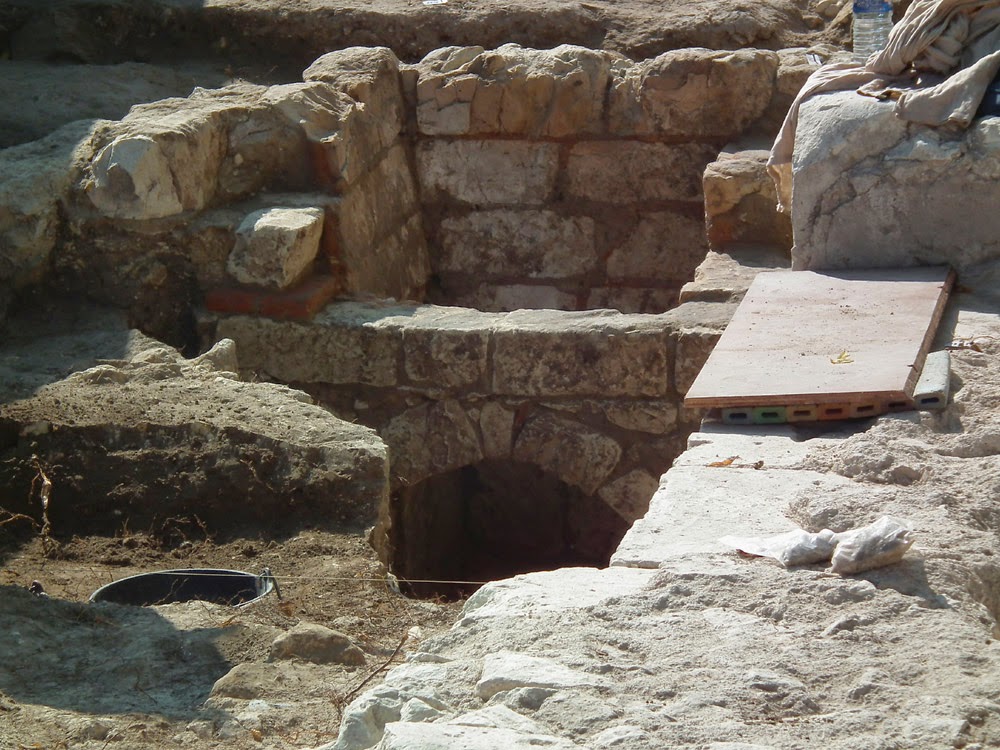 Right next to the 14th century Chapel of Saint Louis, a fairly large dog was buried either just before or just after the construction of the chapel. A brooch was also recovered from the grave, possibly indicating that the dog was wrapped in some sort of shroud. If buried after the chapel was built it is a very curious find, since one would not normally expect a dog to be buried in the vicinity of a religious building. However, the local newspaper reminds us that Anne of Brittany, whose 15th century oratory is only a short distance from the chapel, owned a number of much loved greyhounds who accompanied her everywhere.  I've also read that her father in law Louis XI, although famously a tremendous miser, shelled out for a pearl and ruby encrusted collar for at least one of his greyhounds, named Mistodin. The dog was apparently also provided with a warm coat at night, as it felt the cold. It is clear that the Vallois royal family were serious dog lovers.


A young archaeologist looks down at the 11th century fortress wall. 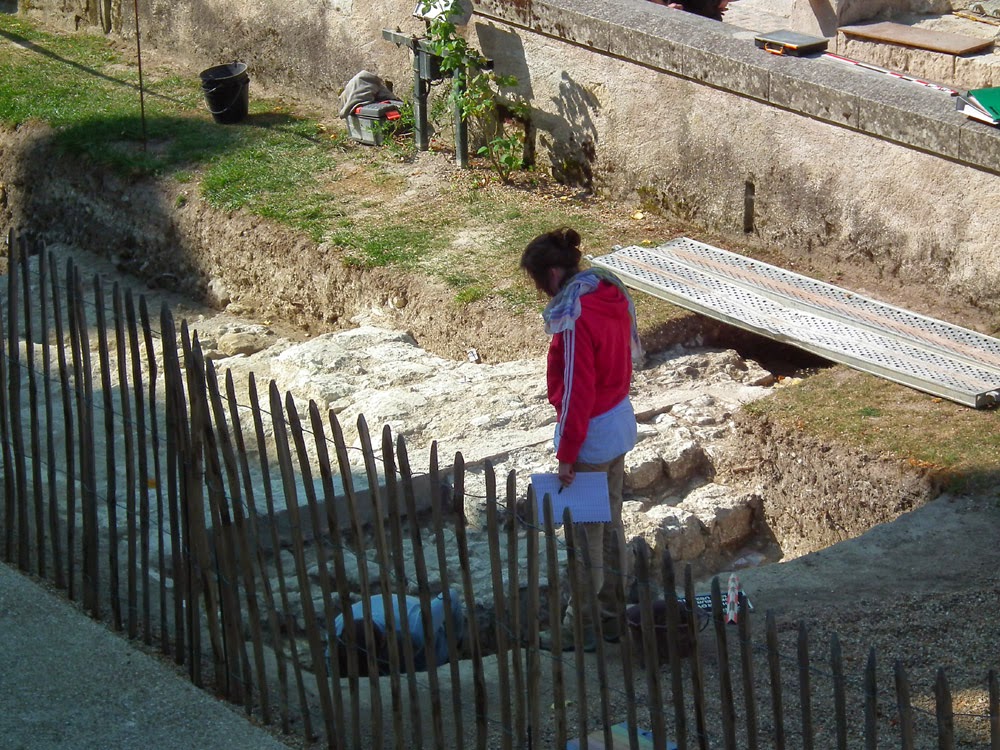 The archaeologists are of course more cautious, and will possibly have the dog bones examined by a specialist to see if they can glean any further information. As far as the archaeologists are concerned, the focus is no longer the chapel, nor the dog, but the remains of a very early medieval wall, 2 m thick and close to the bell casting pit, between the chapel and the Logis Royal. Typical of walls from this period the stones are big and square. It is part of an 11th century fortress, indicating that the old curtain wall followed a different trajectory than today.

I didn't make icecream, but instead whipped up a batch of pear cream -- beat together cream cheese, icing sugar and poire williams, fold in beaten egg white. The chocolate sauce was made using a very simple and failsafe method of melting the ingredients -- take a large heavy cast iron frying pan, set on a very low heat and half fill with water; put the chocolate, cream and poire williams in a bowl and set it inside the frying pan; stir periodically until it is all melted and blended. I used frozen cream so it melted along with the chocolate (I've taken to keeping a pot of my local unpasturised cream in the freezer for just such 'emergencies').

Leave out the poire williams if you are serving it to anyone like Simon, whose tastebuds tell him that anything with liquor in it tastes unpleasantly like petrol.
Posted by Susan at 09:00

Since you don't mention any kind of liquor, I assume you poached the pears either in white or red wine?

P.S.
I reread your recipe and stumbled [!] on the pear cream.
I had never heard of crème de poire and I thought you creamed some of the pears! LOL
So, why remove the pears for Simon since the pear cream is in the sauce?

chm: the liquor in question is poire williams, an eau de vie made from the eponymous pear variety. You've never heard of pear cream because I just invented it.