Botany on the Loire Sands

On Saturday 13 September the Association de Botanique et de Mycologie de Sainte Maure de Touraine met at Berthenay, a village on the left bank of the Loire River, on that spit of land which divides the Cher and the Loire before they unite near Villandry and Cinq Mars la Pile. There are several large sand islands in the river at Berthenay, and our objective was to investigate the flora of the Loire sands. Getting there involved me wending my way for an hour and a half via wiggly rural roads from Preuilly sur Claise to Le Grand Pressigny, Descartes, on to La Celle Saint Avant and Sainte Maure de Touraine, hang a left at the big roundabout and through Noyant en Touraine, Saint Epain and Villaines les Rochers (I noticed there's a hemp crop on the outskirts of the basket weavers village) to Azay le Rideau, then it's Villandry, Savonnieres, cross the Cher and finally reach Berthenay. 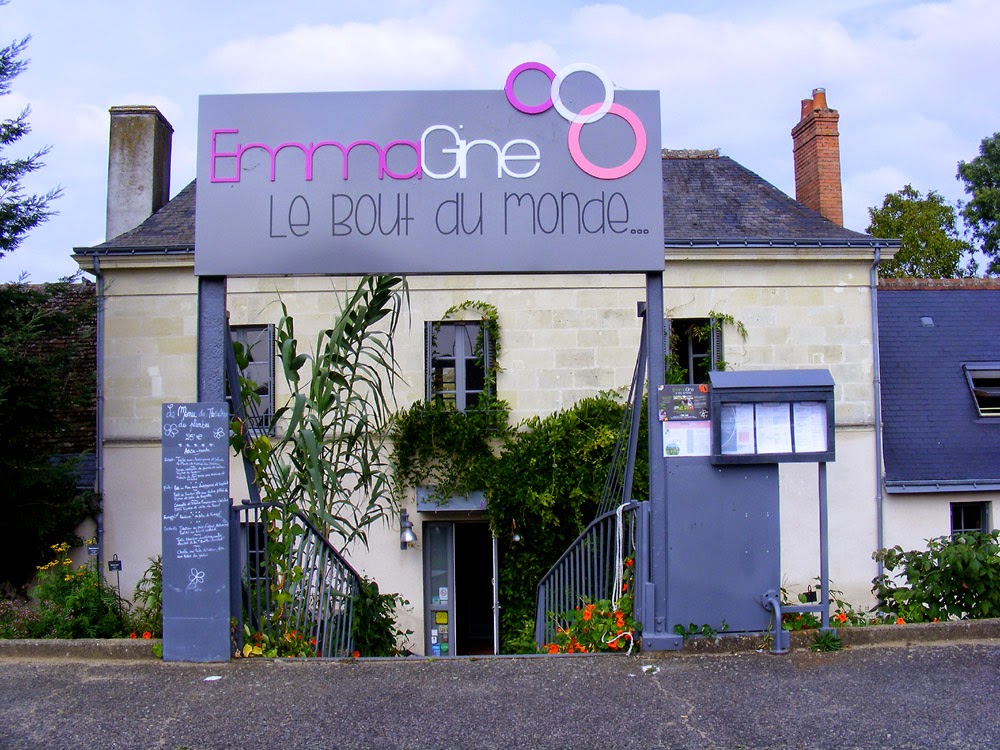 Our meeting place was the church, which is right next door to a restaurant which bills itself as the Restaurant at the end of the World. It's run by a botanically inclined chef, who emerged from the restaurant and accompanied us on our outing.


Healthy Soapwort flower on the left, with normal pale stamens; infected by a fungus on the right, with dark stamens. 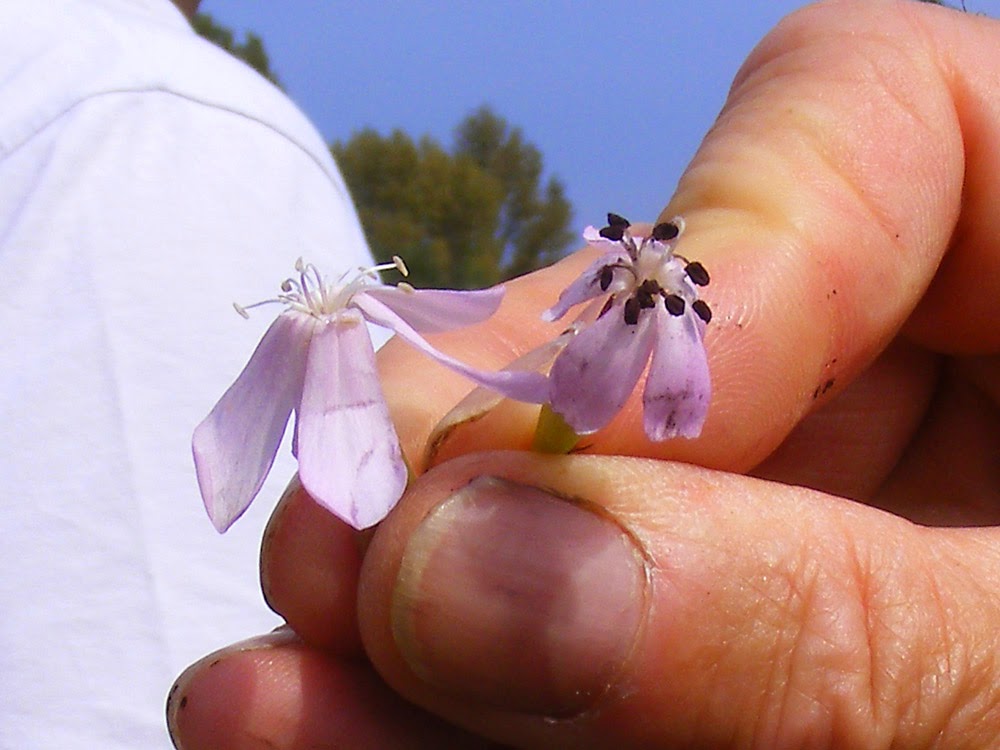 Even before we had left the restaurant garden Dominique was pointing out an interesting feature of the Soapwort Saponaria officinalis planted there. The stamens were infected with a fungus, turning the pollen dark and compromising its functioning. The infected plant doesn't die though, as it will spread by runners as well. 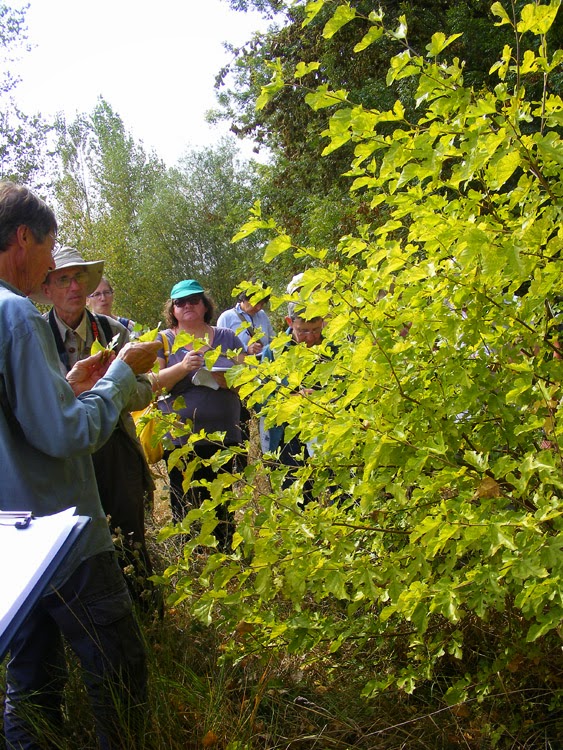 One of the introduced plants is a relict of the silk industry, introduced to the Loire in medieval times as the food plant for silkworms. White mulberry can be distinguished from its close cousin Black Mulberry M. nigra by its paler thinner leaves which have many different forms on the one tree. White Mulberry fruit is pale and not interesting to eat, but silkworms thrive on the leaves. 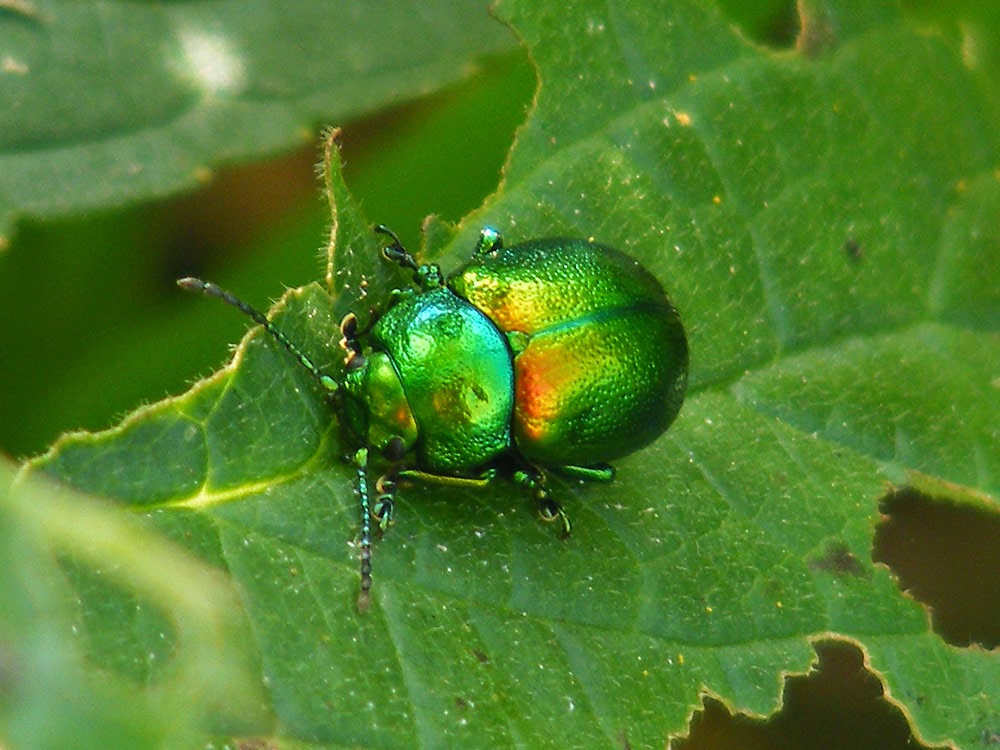 I found this lovely leaf beetle on a well munched leaf of Marsh Woundwort. I assume it is C. menthastri as it looks right and is on the right sort of plant ie Laminaceae Mint family. 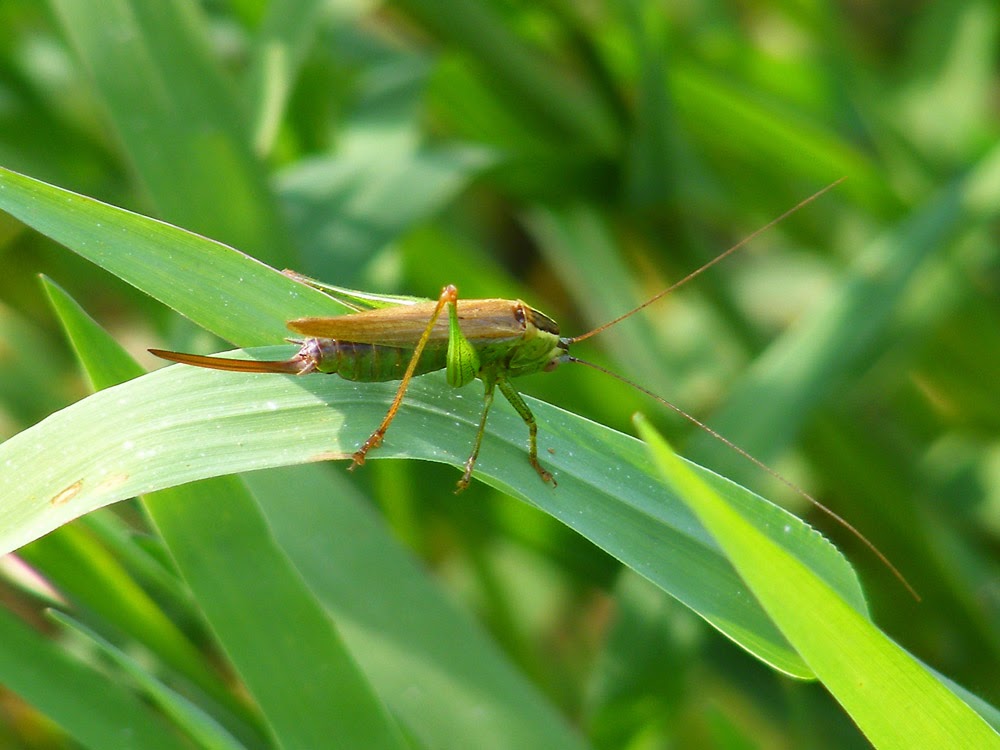 There were dozens of Long-winged Coneheads in the thick Paspalum sp grass (another introduced plant) growing in damper patches on the sands.


A view along the river sands. 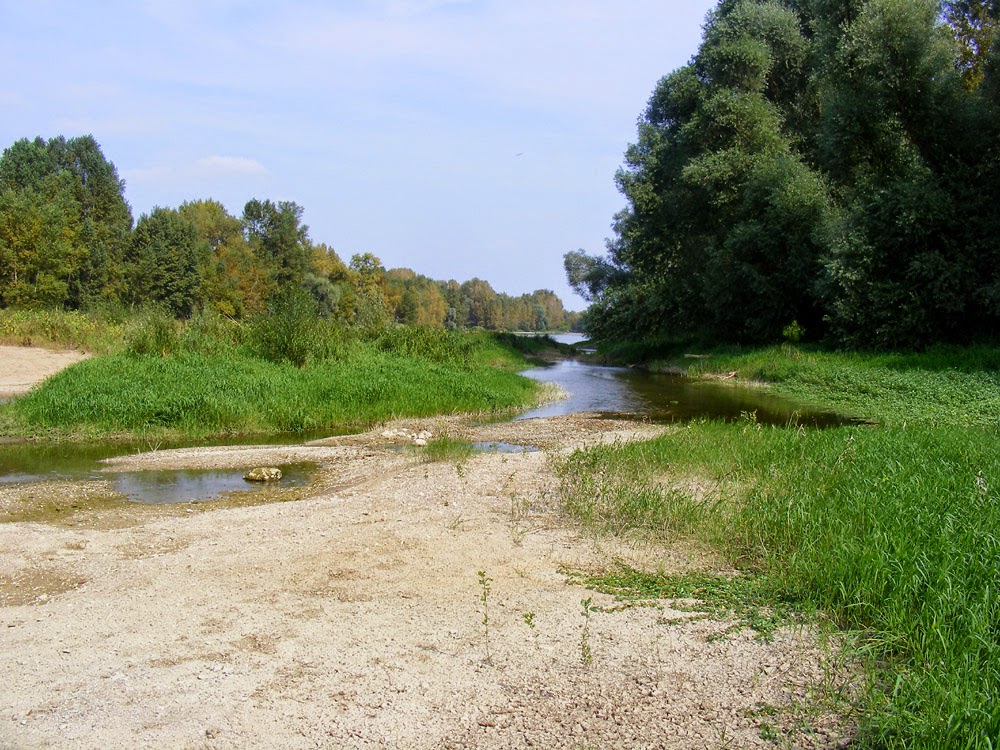 "...there's a hemp crop on the outskirts of the basket weavers village"...
so that's how they get the wiggly lines into the basket designs 8-()...