The Church at Candes Saint Martin

The very fine north porch, with high ribbed vaulting and thin columns. The statues were apparently beheaded during the Revolution. 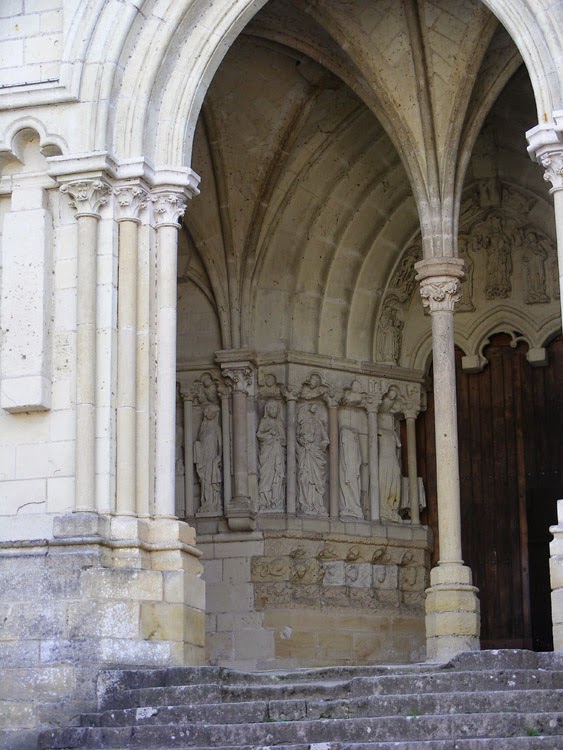 In 387 Saint Martin established a church and a school at Candes, on the confluence of the Loire and the Vienne rivers, 40 km west of Tours. This was an act of evangelism, because at the time the area was strongly pagan. He died in the town in November 397.


The creature on the left is apparently Saint Martin's donkey, munching on a vine leaf. Then there is a young girl and an Angevin princess and prince. 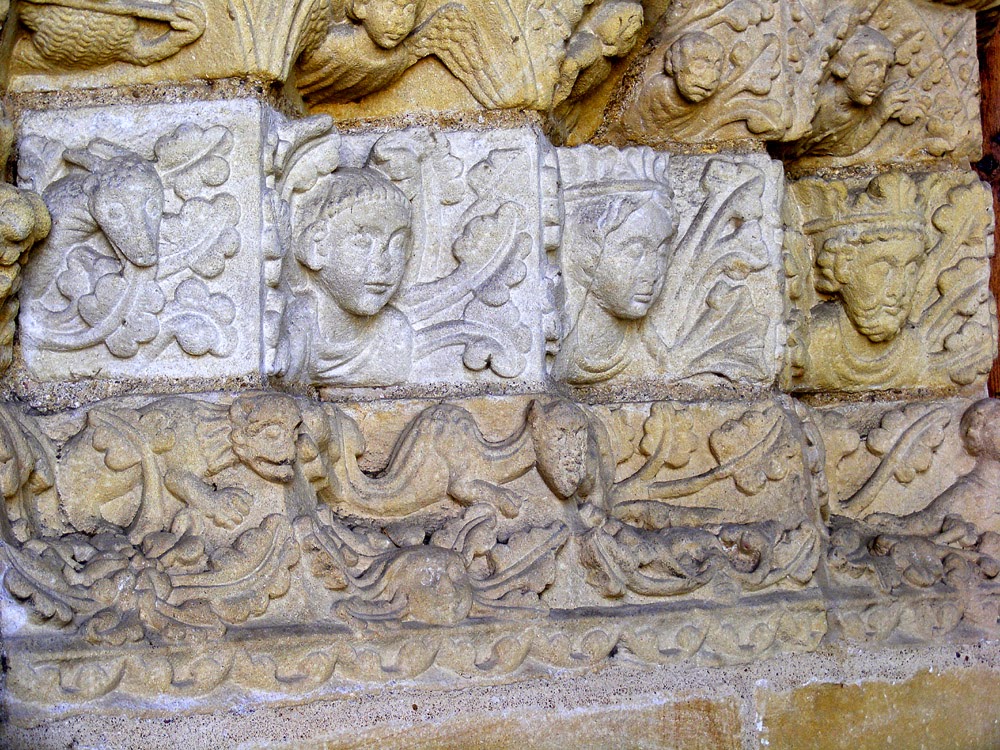 In 1175 it was decided to build a church on the site of the house in Candes where Saint Martin resided at the end of his life. Construction began with the semi-circular apse, an offset choir, the transept and nave and two aisles. The transept was later vaulted in the Angevin style and the Gothic chapel of Saint Martin, buttresses on the western wall, side chapels and the elegant north porch protecting numerous sculptures all date from the 13th century. By tradition the chapel dedicated to Saint Martin occupies the spot where he died.


It is likely that these two heads represent Henry II Plantagenet and Eleanor of Aquitaine, who endowed the church. 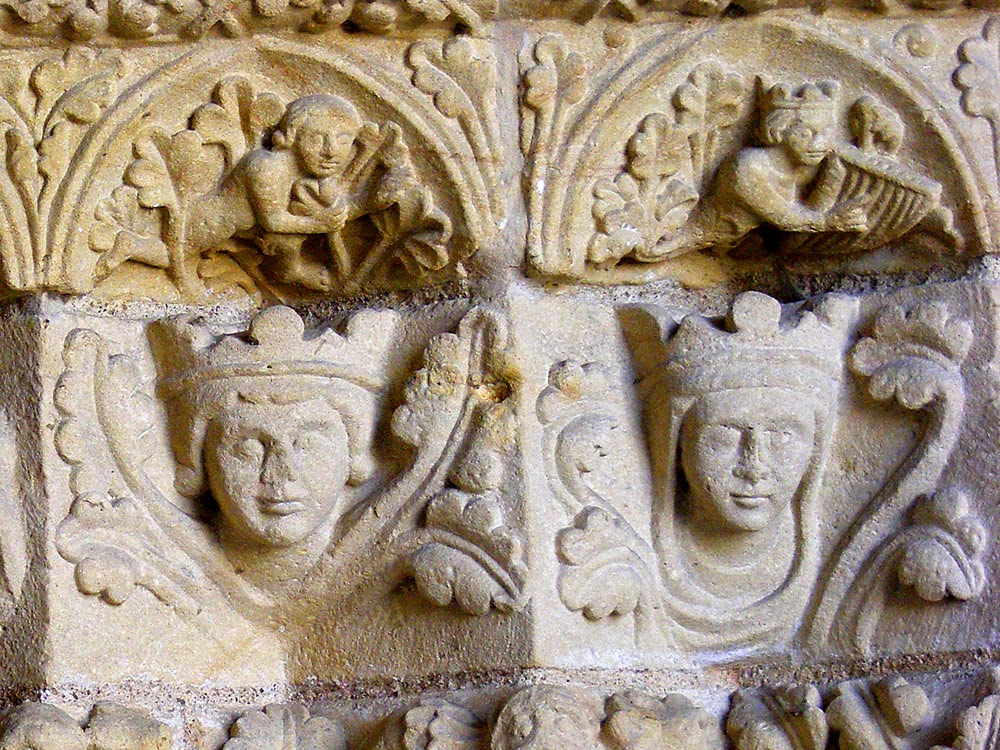 In the 15th century the church was fortified and in 1840 declared a national monument.


Part of the tympanum, the heavily carved surround to the main entrance.