Late July is peak insect period. Many species of butterflies, dragonflies and flies especially are at their most abundant in July. When I do my butterfly transects for STERF I always return along the transect photographing everything else that I couldn't afford to pay attention to when I was counting butterflies in a strict time frame.

So here are some of the photos I took on my late July survey.

This little beauty is a male Small Spreadwing Lestes virens, warily keeping an eye on me. Spreadwings are often called emerald damselflies, for obvious reasons, as they all have gorgeous metallic green bodies. There were several species in the long grass and rushes Juncus spp along a damp ride in the Besom Heath Erica scoparia scrub. They are completely camouflaged in the rushes, and the Small Spreadwings particularly like this type of heathland habitat. 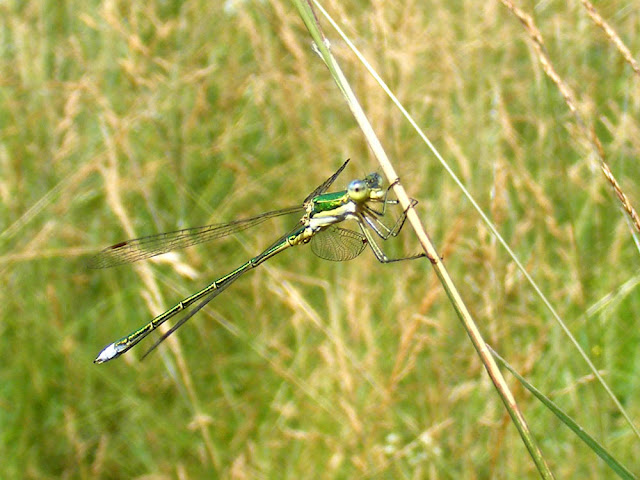 A male Ruddy Darter Sympetrum sanguineum (below) posing on a twig. Many dragonflies, especially males are easy to photograph because they return again and again to the same perches. 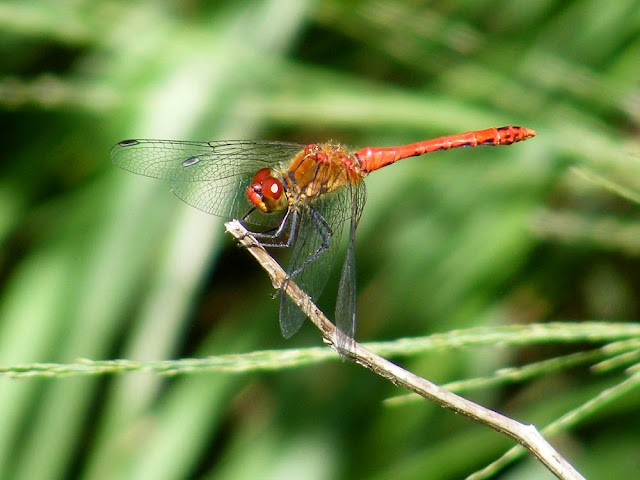 A wool carder bee Anthidium sp collecting pollen on Field Scabious Knautia arvensis. They are fierce little creatures, defending their patch of flowers against all rival pollen collectors, including the much bigger Violet Carpenter Bees Xylacopa violacea. They are not aggressive to people though, and generally just ignore photographers. Anthidiums collect pollen and carry it in the hairs on their belly (you can see the white pollen load this bee is carrying). I always think it makes them look rather like they are wearing a nappy. These are one of the bees that if you are lucky will use a bee hotel if you make one for them, and you may see them collecting fluff from plants such as stachys (lamb's ears) or the undersides of vine leaves to construct their nests. 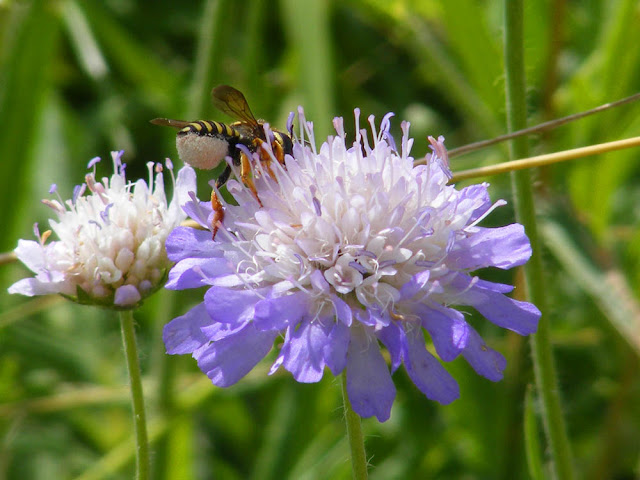 One of my favourites, the Broad-bordered Bee Hawk Moth Hemaris fuciformis nectaring at Verbena bonariensis in a friend's garden (not one of my butterfly transects, but taken the same day as my July survey...). The next day, in another friend's garden I saw a female ovipositing on Snowberry Symphoricarpos sp, a garden plant native to America. It is in the same family as honeysuckle, one of the BBBHM's caterpillar food plants, so I'm guessing the caterpillars will be able to survive on it. 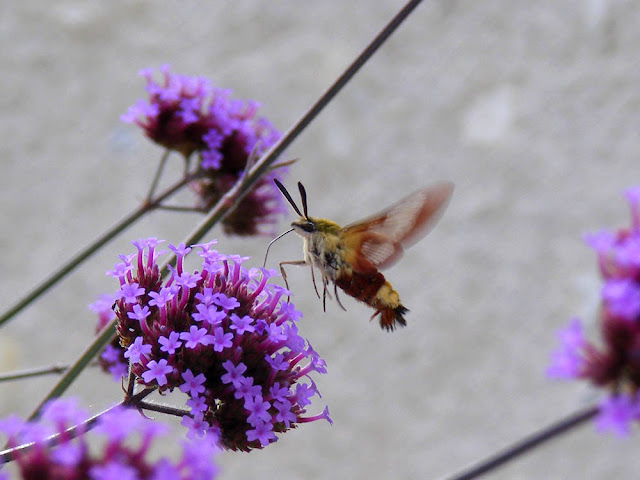 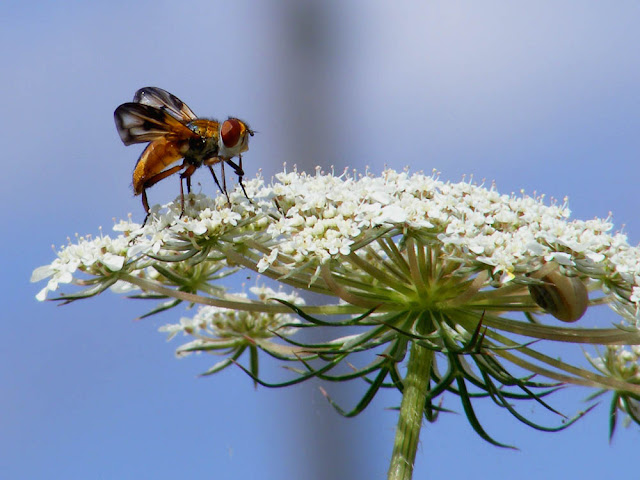 A female robber fly (below) from the Tolmerus atricapillus group. This group of species is very difficult to separate from one another just by photos. The English name for T. atricapillus is Kite-tailed Robber Fly and they hunt other flies, much like miniature dragonflies. This one was particularly confiding and used my recording sheet as a lookout point, taking very little notice of me. It was a bit tricky getting a photo of it only using one hand to operate the camera while the other held the clipboard and all the while trying not to disturb the fly. 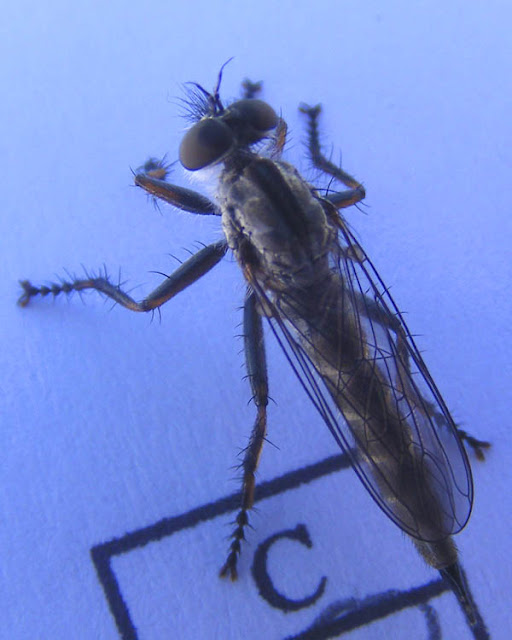 Great pictures...
that little, snub-nosed parasitic fly on the Wild Carrot was, I hope, very careful...
I can see a crab-spider lurking on the opposite side!!

Thank you for such superb photographs.

Or again... is it one of those tiny snails we get around here?

Thanks to all for the kind comments -- I'm glad you liked seeing these lovely creatures.