Goondiwindi is a typical bush town. It's in southern Queensland, on the border with New South Wales. The name is pronounced 'gundawindy', and the place is frequently referred to as Gundy. 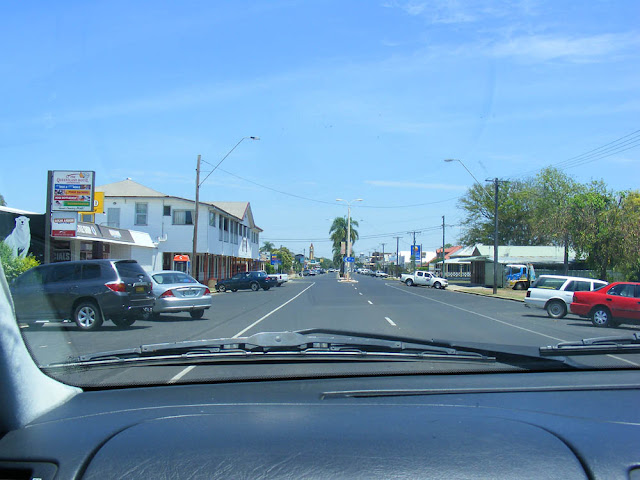 The main street.
You can tell this is Queensland and not New South Wales because it doesn't have stupid reverse angle parking. The street is this wide because in the old days you had to be able to turn a bullock team around in it (the central island with its palm trees is a relatively modern addition). 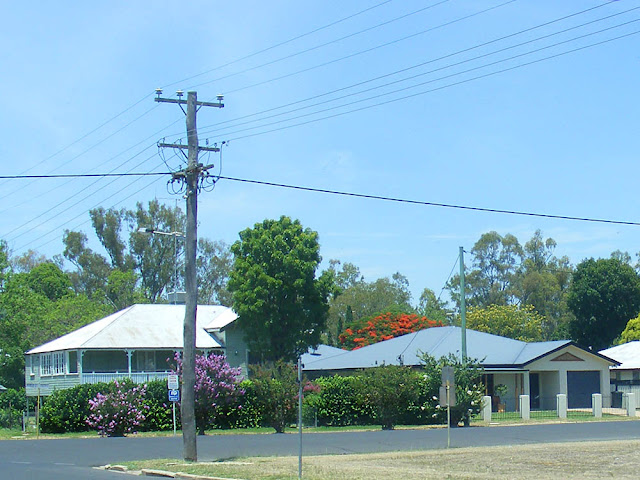 The old and the new.
On the left, a traditional weatherboard house on stumps (to protect against termites originally, and in this case raised up on metal stilts to provide usable semi-openair space underneath), an architectural style known as a Queenslander. On the right, a modern lowset brick home with an enormous footprint taking up the whole plot. 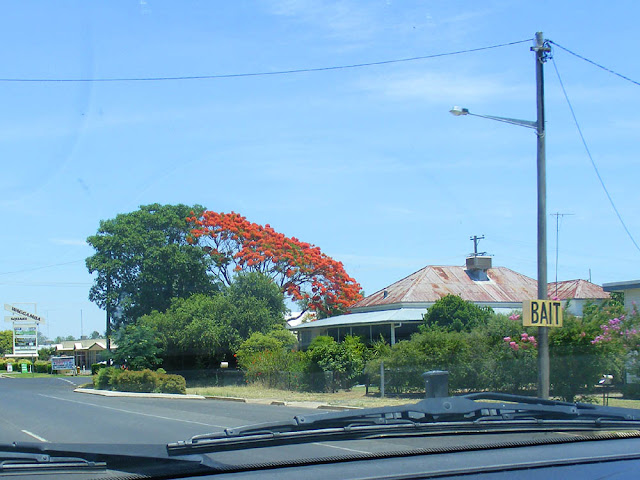 Ile de Ré Reflections: I've no doubt that plonger is strictly interdit, but I was quite pleased to capture this young rebel in mid leap from the sea wall. 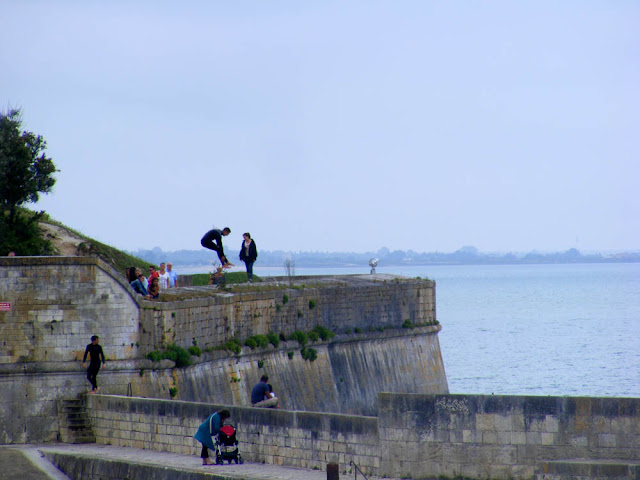 Orchard News: I picked our entire white nectarine crop yesterday. This amounted to two fruit. Delicious, but sadly meagre. The yellow nectarines and the pears seem to have stalled. They are all very small and rock hard.

In the potager I dug some potatoes, also with a disappointing result in terms of yield. I didn't weigh them but I reckon 5 plants have given about 10 serves of potato. I dug a few leeks as well, small but going to seed. The first tomatoes have been picked, mostly cherry types, but one largish variety which is very firm and dark red (it's lost its label, so I don't know what it's called).

The orchard is a sea of flowering Wild Carrot Daucus carotta (aka Queen Anne's Lace) at the moment. Normally the flowers that make up each umbel are white, with a few red ones making a little spot in the centre. I was interested to see that one of my Wild Carrots has almost entirely dark purply red flowers, with a few white ones in patches in the umbels. I've never seen one like it before -- perhaps I'd better patent it and make my fortune.

Is it a Flamboyant tree (Delonix regia) in the center of the photo? I like your reports on Australia.

chm: yes, almost certainly,in both photos, although I would call it a Poinciana.

Spuds....
Susan, are you harvesting your Stemster? Or have you planted any first earlies, or Charlottes [second early]?

If you are lifting Stemster, you are farrr tooooo early... another 45 to 60 days to go at least before you can lift them.

Tim: Really? The ones I lifted were plants that had completely died back. All of them have gone yellow, so I assumed they were ready (and that's what my orchard neighbour said too). They are Stemster.

Tim: Yes well, plants have to be pretty well drought proof to survive in our potager. Not ideal, I know.

That town in Australia looks like it could be in the American South.