These two buildings sit side by side on George Street and Martin Place in central Sydney. You can see that similar materials have been used in their construction, and in fact, they had the same architect, although he was working for different clients. 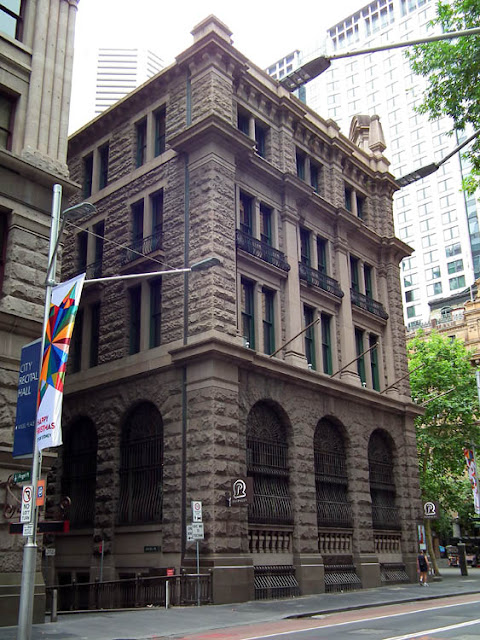 The architect was Austrian born American, Edward Raht, who introduced something called the Federation Romanesque style to Australia with his design for the Equitable Life Assurance Society of the United States of America in 1894. After working in Melbourne on the Equitable Life office there, he returned to Sydney to design the Bank of Australasia building on the corner of George Street and Martin Place (2 Martin Place) in the same style. In both cases he used hard dark trachyte stone from Bowral, rusticated (as if rough hewn) to give a sense of solid mass and conservative power, supported by steel frames. Both buildings are apparently beautiful inside, with extremely high quality materials and workmanship, but I find them stupendously ugly on the outside, particularly 350 George Street, with its 19th century pastiche of decorative devices and curiously squat proportions. The colour of the trachyte is very heavy, accentuating how firmly the building is planted on the ground and is intended to dominate its surroundings. 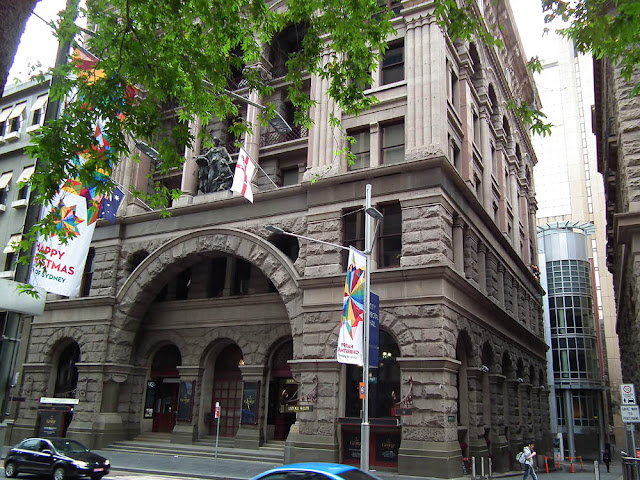 
The Bank of Australasia became the ANZ Bank in time, and they still occupy their building. Equitable Life became National Mutual, then they moved out of their building in 1977. In 1984 it was completely renovated and the Société Générale moved in. Both buildings are reported to be in very good condition, and have retained their functional integrity. 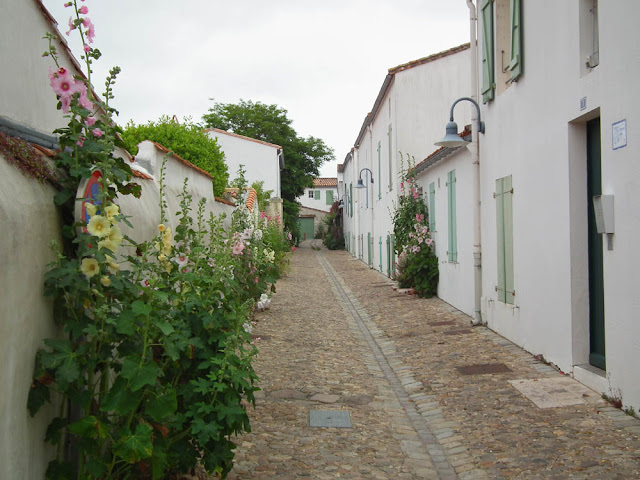 I went to the dentist yesterday...
what relevance?
Their "keep the client amused" TV channel was showing a cooking programme about the Ile de Ré...
all that fresh fish in a selection of different recipes....
wonderful!
Didn't you have any?

Ohhhhhh that second picture is where some of our hollyhock seeds came from! They are marked in the garden as Ile de Ré Hollyhocks!

C&E: Hollyhocks are great value, aren't they, and so obliging from seed.

Wooo, what a blast from the past, my first job was with a firm of solicitors, in Challis house, 4 Martin Place,right next door and across the road from the GPO and all the lovely flower vendor carts.