A Few Words About La Sologne 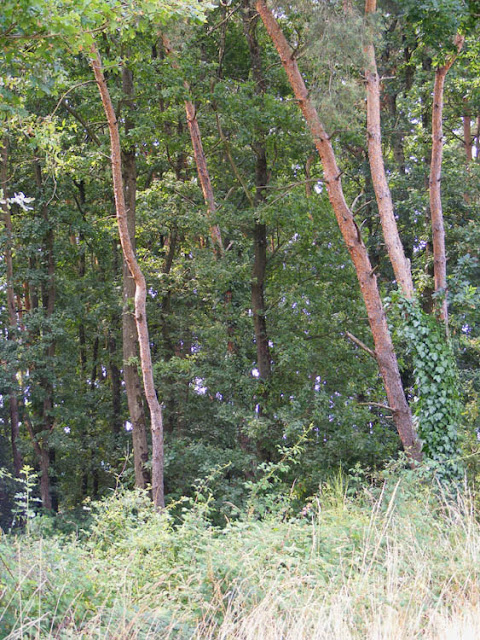 France is a country of many parts, each having little resemblance to the others. The terrain is different, the people are different and the conditions of life are different. Most of these districts, which carry a general name but have no visible boundaries, are well known to tourists, notably the ever popular Riviera. Nothing could be more unlike than the Ile de France, with its plains rolling away to the horizon, and the towering Pyrenees.

But unless the voyager has some specific reason for going there, or happens to find himself on the great highway known as Route Nationale 20, it is unlikely that he will hear of La Sologne. Even in that event he will little suspect what lies on either side of the road, for hundreds of square miles of forest, swamp and jungle, are not what he would expect to find in the heart of a country wherein agriculture is a basic industry.

To paint a pen portrait of this strange land of nearly a million and a half acres will not be easy, but we must try, for the reader should know something of it from the outset. Apart from being a land of moods, La Sologne takes care that you do not see all her face at one time. At every turn the scene is different, yet there is no particular view to remember. Indeed, from La Ferté St Aubin in the north (on the map you will find it about twenty-five miles south of Orleans) to Vierzon in the south, a matter of roughly forty miles, the traveller by road may think the countryside monotonous. Actually, it is one of the wildest, and for that reason for some people one of the most fascinating, stretches of country in Western Europe.

For the most part La Sologne is true forest, with stands of oak, chestnut, birch, fir and pine. The ground underfoot may be arid, supporting a tangle of heather, sometimes waist high, or it may be a reedy swamp extending for miles. There are jungles of scrub and undergrowth that are literally impenetrable. Everywhere trailing brambles drag on the feet. Scattered over the whole area are lakes, large and small, more than a thousand of them, dark, solitary, tranquil, fed by furtive-looking streams that glide mysterious courses through the labyrinth. Over all hangs a brooding silence that seems to fall from the sky, and at sunset creates a haunting, often sinister, atmosphere.

This is not to say that so vast a tract of land is uninhabited. On the main road that cuts through it like a knife from north to south there are one or two small towns and villages, and on either side of it you will find an occasional farmer scratching a living in a clearing; for the soil is poor, and in recent years a great many of these homesteads have been abandoned. Apart from the diehards fighting their losing battle with nature, the only man you might meet, except in the shooting season, would be a forester or a gamekeeper. The visitor might walk all day long, as has the writer, without seeing a living soul or hearing sound of one. A man seeking solitude will certainly find it here.

For the bird-watcher it is a paradise, but let him beware of snakes, one species of which is venomous. The lizards are harmless, as are most of the wild creatures that have here found a safe retreat; and that includes the great deer as well as the smaller roe. An exception can be the sanglier, the wild boar, an ugly beast that can weigh up to hundreds of pounds and has tusks that would rip a man to pieces should he fall foul of one in a nasty mood. But even the sanglier, left alone, is not to be feared. By day he retires to the thickest jungle, and there, unless disturbed, he is content to remain until nightfall, when he emerges to foray for food. Upset or wounded, like all his species, he can be a devil incarnate.

In the autumn hunting seasons La Sologne is the Mecca of sportsmen, for game abounds—pheasant, partridge, woodcock, snipe, wild duck, and the like. There are fish, too, in the lakes—enough to satisfy the most ambitious angler. Areas of ground are rented by those who can afford them, and this, in the 19th century (when men had money to spend) produced what at first seems a startling paradox in the form of hunting lodges of a size and splendour seldom found elsewhere—mansions of forty, fifty, or even eighty bedrooms. Some are still occupied; others are empty and have fallen into disrepair, with roses, long untended, fighting a hopeless battle with the weeds.

How did this wild place come into existence? Standing within the forest with the smell of rotting leaves in the nostrils, a buzzard circling overhead and a fox slinking across a glade, one has a feeling that this was how much of Europe must have looked ten thousand years ago. It is said that during the wars of the Middle Ages, and after, when the land was a prey for marauding gangs of disbanded soldiery, the people who dwelt here—those who had not been murdered—fled, leaving the ground to go back to swamp and forest; and since that time the huge sum of money that would be necessary to drain it and restore it to cultivation has not been available. So it remains as the visitor will find it today, a land which Nature has won back from men in spite of their machines.

The men who lived in the region during the Dark Ages have left their marks, although these are fast disappearing. One comes upon crumbling, overgrown ruins; fortified, moated sites that once were castles, and even churches. Old foresters whisper darkly of underground passages, too. But the hand of death and decay has fallen heavily on these relics of a forgotten past, and sympathetic nature is fast burying them in a shroud of moss and ivy. Even the rabbits have gone, wiped out by the deadly myxomatosis; and how many there must have been may be judged from the fact that at one time the district exported three million a year. Now the burrows, like so many of the homes, are empty.

La Sologne has had more recent troubles, and if one other thing was needed to complete the atmosphere of tragedy and chill the heart of the visitor it is there. Graves. Graves, sometimes solitary, sometimes in long rows. Little white crosses, everywhere. Usually there is just a name, or names, and below, those significant words that speak for themselves: Mort pour la Patrie: Morts pour la Liberté de leur Pays: or, Morts pour la Résistance. The visitor will come upon this melancholy harvest of war everywhere, in the woods, the fields, or by the roadside. Under each cross lies a Maquisard, one of the boys or girls (many were students) who refused to be conscripted into Hitler’s forces. As one enters La Ferté St Aubin in the north, by the roadside lie forty-five.

La Sologne, by reason of its nature, became a hiding- place, during the occupation of France by Germany, for the Maquis, as they were called, or the Résistance. When they were caught they were shot out of hand. The German method employed to find them was to infiltrate a collaborator into the forest. He would pretend to be a Maquisard, or an escaped prisoner, and having been received by the boys and girls in hiding would later slink away and betray them. To such base treachery can human beings sink. Did I say human? Inhuman would be a better word. So their victims were shot, peasant, priest and pupil, men, women and children whose only crime was patriotism. Many died shouting defiance at their murderers, and today, should you pass that way, you may see where they lie. There are British names among them. But times are changing, and perhaps these things are best forgotten.

One need not be too depressed by this, for as an old Maquisard told the author simply, but for this sacrifice how would we know of their courage? Courage of the highest order was needed by these Davids to defy the invading Goliath. 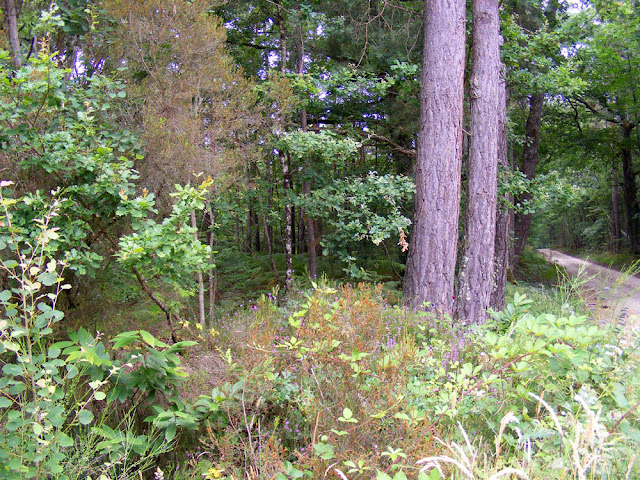 So who wrote this?

Chicken and mushroom soup, made with the scraps of meat from a carcass, frozen homemade chicken stock and whatever likely looking vegetables I had in the fridge (it's mostly mushrooms...).

A fresh coconut processed using these excellent instructions. I have frozen the flesh in shreds, and will use it from time to time on my morning muesli.

Gherkins (from the market, not homegrown, but produced locally) sliced and salted, put into a pickling liquor made from my friend Sweetpea's homemade vinegar plus some sugar and spices.

Tim got quite close and picked up a lot of useful clues without quite getting the answer, so he gets 2 bonus points for sound reasoning.
Posted by Susan at 09:00

I also suspect an Englishman...
but elderly...
writing in the early '50s...
in a style learnt before the Great War...
It reads like one of BB's kids wildlife story books...
but I'm sure it can't be him as he would have regarded the Maquis as enemy!!

As far al El Dora-do is concerened, wasn't it by the campsite, on that side of the bridge?
If so, surely they should have stayed ouvert until the end of the season...
the only other passing trade would have been people on their way to and from Gamm Vert!!

If it was BB, it could have been from "Ramblings of a Sportsman-Naturalist"

I have no idea but it is interesting! C

Tim is on the right track, but not quite there. Answers posted above.