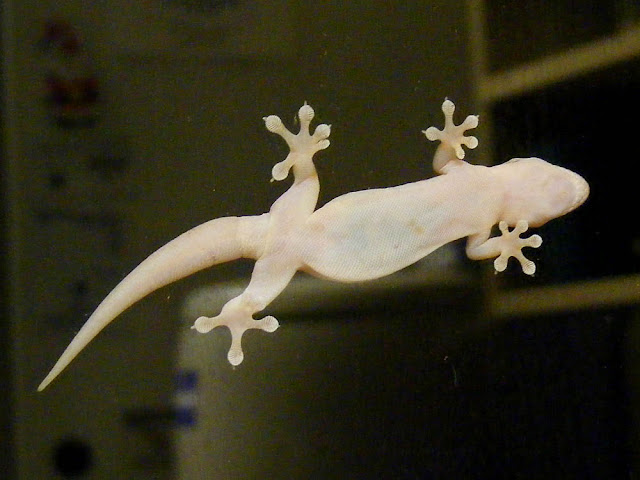 Isn't that just the best name? The Dubious Dtella Gehyra dubia is a common gecko, widespread in the north east of Australia. Some observers are beginning to have concerns that the introduced Asian House Gecko Hemidactylus frenatus is displacing this native species. There are 60 native species of gecko in Queensland and one alien. A lot of them are 'house geckos' like this one.

This particular gecko and her family have lived in my parents' house for years.  She eats insects attracted to the lights in the kitchen and is most often seen on the window above the sink. Sometimes she will vocalise, making sharp chattering sounds. Click on the image to enlarge it so you can see the details of her toe pads and scales.

***************************************************************
Ile de Ré Reflections: This female Moustached Darter Sympetrum vulgatum was photographed at the LPO reserve. Like all yellowy darters, she was not easy to identify, but I think her moustache and visible vulvular scale settle it. She has a number of orange mites attached to the veins on her wings. They are parasites feeding on the haemolymph ('blood') flowing through them, but they are probably not causing her much inconvenience. Click on the photo to enlarge it and you will see them. 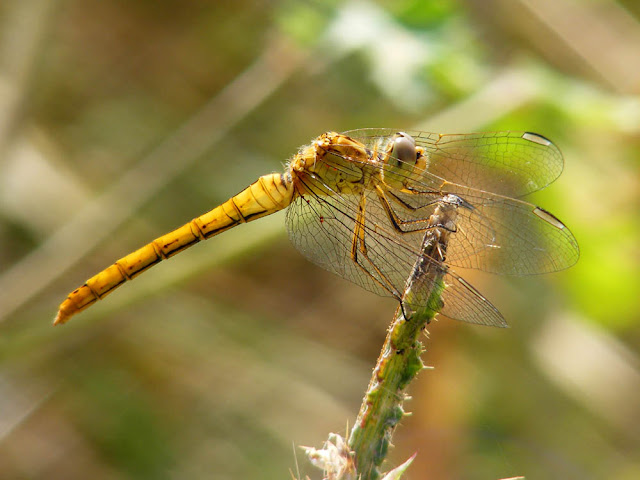 A la cuisine hier: Blackberry and Apple Crumble Tart. This was to use some blackberries I picked the day before, after doing my Boussay butterfly survey for August.
Posted by Susan at 09:00

Can you find that kind of Dubia in the Bush?

chm...
George W. wouldn't last two second out there...
even with all his aids!!
They'd all die as he tried to work out which way to go!

She's a real cutie - we dont see them down here in Victoria.

Leon: no, too cold I guess.