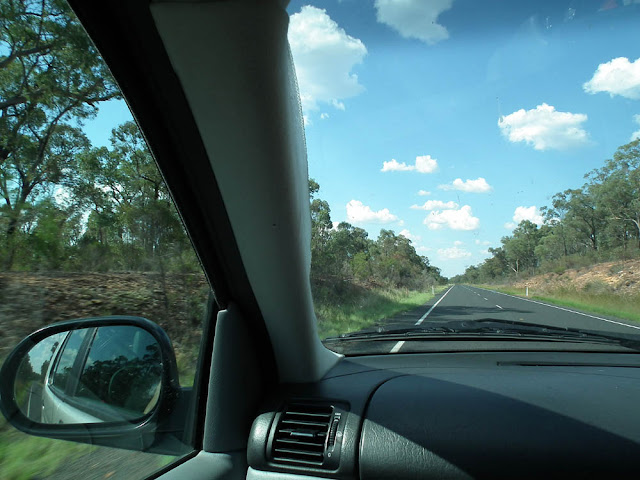 Nothing in front of us and nothing behind as we drive the 100 km straight through the Pilliga Scrub. It may look scruffy and dusty, but it harbours more than 900 plant species, around 40 mammals, 50 reptiles and at least 15 amphibians. It is the largest remaining remnant of semi-arid woodland in New South Wales. Many of its plants are dependent on bushfires to regenerate. One of the dominant species is White Cypress-pine Callitris columellaris, which yields a termite resistant wood. My house in Australia was built of cypress-pine, and they are beautiful cone shaped dark green trees. Simon finds the drive through this forest, which we have both done many times, unbearably monotonous and closed in with vegetation. I, on the other hand, love the particular mix of native trees here, and like to look out the window at all the different subtle colours and leaf types.

Currently this woodland habitat is under threat from coal seam gas* exploration and extraction. It was also where we saw our one and only feral goat of the trip. Semi-arid areas of woodland and pastoral properties, such as the Pilliga region, are the principal strongholds of feral goats in Australia. Although we only saw this single goat, I would not have been surprised to see more. I definately noticed a real proliferation of domestic goats closer to the coast, which did surprise me. There were a few herds of mohair producers, but also quite a number of herds of dairy goats. This latter is a new development as far as I know (ie since we left Australia, so within the last 15 years).

*For fairly sensible overview of coal seam gas, shale oil and gas and fracking see here, with good technical explanations for the lay person.  Bear in mind however that the author is connected to Santos, the parent company of the mining operation in the Pilliga, so conservation issues are subtly sidelined. For the conservation view point, read the Wilderness Society's latest press release on the Pilliga. 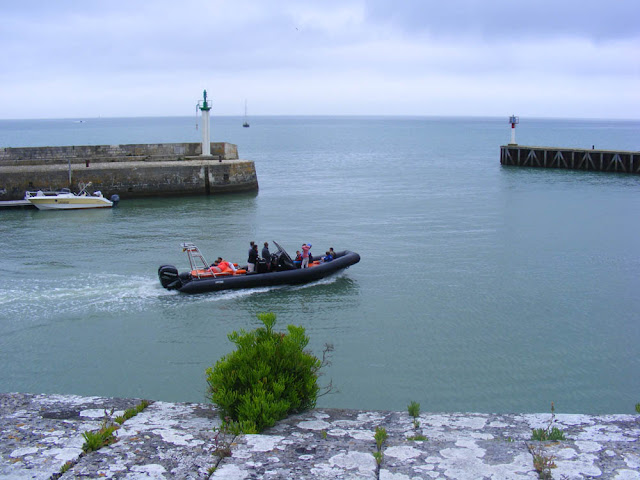 ************************************************************************
Brocante: Anyone who knows me knows I find brocantes some of the most tedious places on earth, but I am pleased to report that this year's annual brocante, held yesterday down on the plan d'eau in Preuilly revealed a generally better quality of merchandise than the usual tat. It is clear that drinking glasses and sundae type dessert glasses are the next big collectible. There were lots of sets of glasses in good condition and not outrageously priced. There was also a lot of galvanised metal containers of one sort or another, and very few ridiculously overpriced chipped and cracked salt glazed earthenware storage jars. The range of goods on offer was relatively limited, with no specialist napery stall nor anyone just selling old tools. I didn't see anyone attempting to flog the free plastic toys from cornflakes packets, and most stuff looked as if it was in reasonable condition and would likely work.

********************************************
Orchard News: The apples are starting to colour and the Hamburg grapes look magnificent (although still bright green). I'll be digging potatoes and lifting leeks when I get a chance in the next few days. I'm pleased to see that various things are moving in to the 'bee hotels'. To be honest, I don't know what the creaturs are as I have never seen them, but more and more holes are being blocked up by bits of dried grass and other vegetative matter. Maybe leafcutter bees...
Posted by Susan at 09:00