A New Epicerie for Angles-sur-l'Anglin 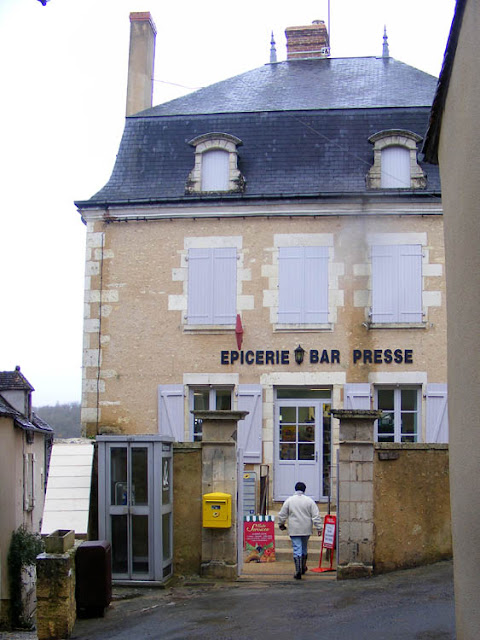 The front entrance to the new store.

The old épicerie bar presse (grocery store/bar/newsagent) in the picturesque little town of Angles-sur-l'Anglin was in a quaint old building with visible beams and an open fireplace, facing the market place. The new improved épicerie is in a restored building down an alley just off the market place. Outside it is all lovingly restored stone and render, inside the space is white and modern -- easy to keep clean, well lit, a constant temperature. Out the back is a terrace on several levels. The improvements have been funded by various levels of government, as it is seen as important that little places like this don't just wither away through competition from the big supermarket chains. 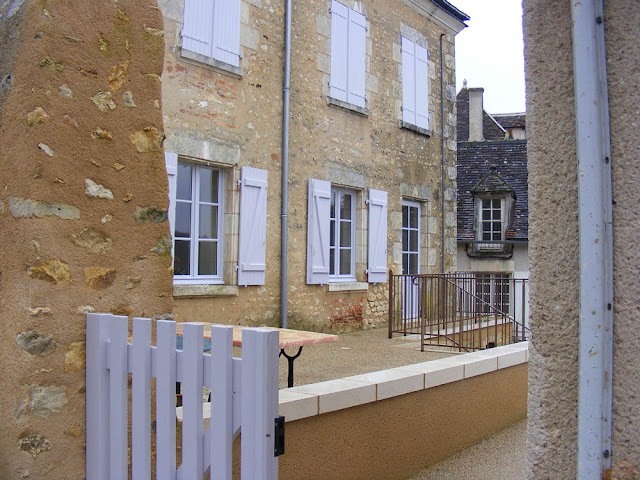 The terrace out the back, taken from the back entrance.

Nevertheless, my friend Sweetpea, who lives in the town, has a sneaking nostalgia for the old-fashioned shop that has been lost, and thinks it's a shame the location of the new one is not so good as the old. She tells me that the owners of the houses that the new terrace overlooks are also a bit concerned about having their privacy invaded. 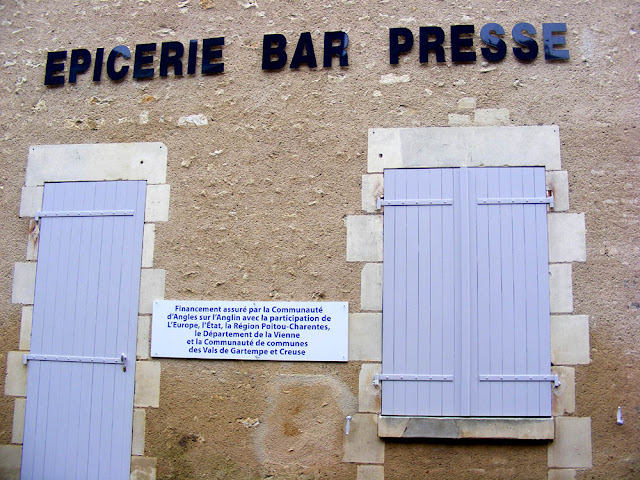 Sponsored by...every level of government put some money in the pot.

Personally, I think the new place is rather nice, all spick and span. The service is just as friendly, and the products are better displayed. When she and I called in there in late January on a Sunday, a couple of people were eating oysters they'd bought at the market less than 50 m away and drinking eau de vie (or lemonade and white wine) at one of the tables in the bar. It looked thoroughly convivial.

-------------------------------------------------------
Orchard Update: The almond is flowering and the peaches and nectarines are just about to burst open. Nothing else is even close, and probably just as well. It's still to wet to dig in the potager. There are hundreds of orchid leaf rosettes now, and in several places it is clear new plants are establishing themselves in little groups. Just now there are lots of deep purply blue Sweet Violet Viola odorata flowering in the grass, as well as a few white ones.

It wasn't very cold yesterday, although it was drearily overcast. A single female European Orchard Bee Osmia cornuta was inspecting the western wall of the house for possible nesting sites, and an Early Nesting Bumble Bee Bombus pratorum queen was buzzing in and out of small mammal holes in the potager. The bumble bees find the potential nests by smell. They like to reuse abandoned vole holes, and it is possible that a hole is used in turn by bees and voles alternating year after year, each attracted to the scent of the previous year's occupant.
Posted by Susan at 09:00