On This Day in Australia 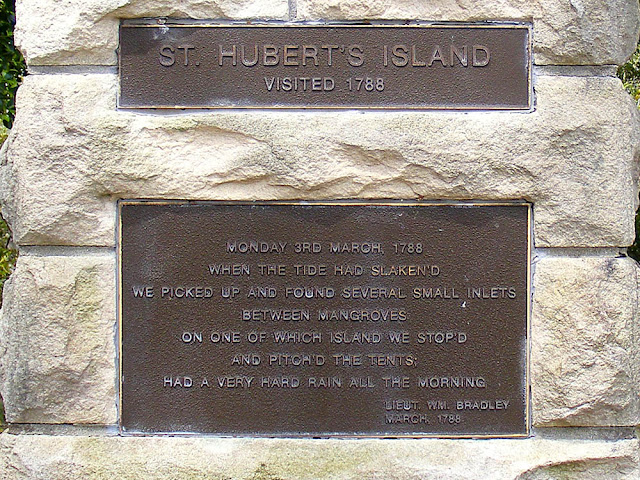 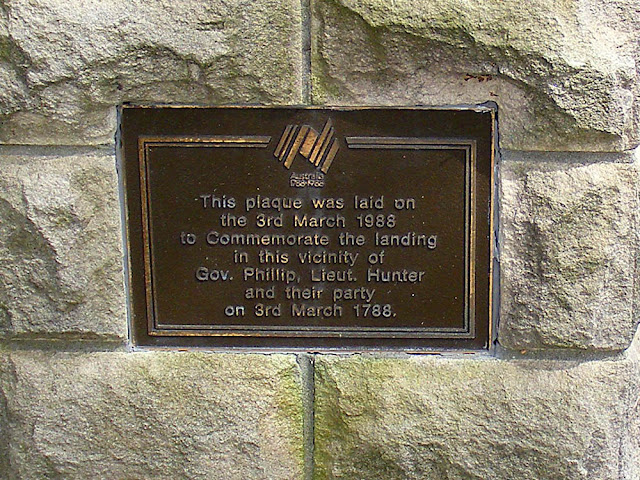 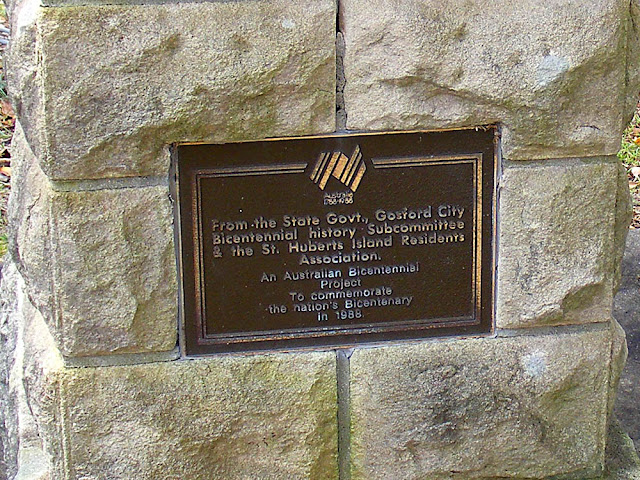 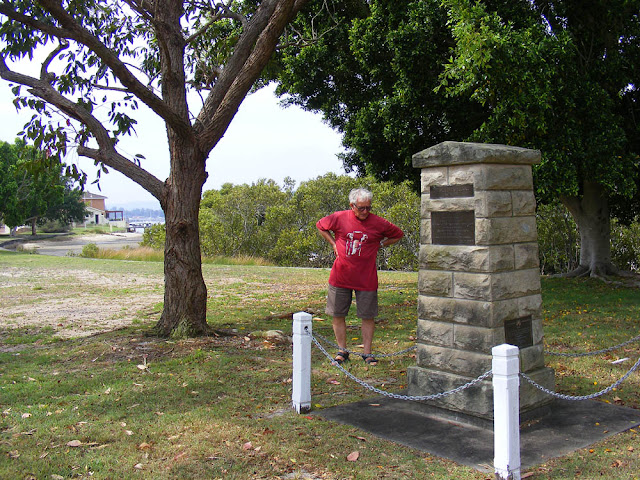 Hope you weren't expecting something exciting. 1988 was the bicentenary of European settlement in Australia. Every community was expected to have a bicentennial project and there was a lot of money available to facilitate the event. Inevitably, some communities struggled to come up with a truly engaging proposal.

This memorial commemorates the first Governor of New South Wales, Arthur Phillip, and his team pitching tents in the rain. The point of the memorial is that this humdrum event was very early (within the first few weeks) of the colony being established at Port Jackson (aka Sydney Harbour) and Phillip's second in command, John Hunter, would become the second Governor. One of the other ship's officers recorded this event in his diary of an exploratory voyage up the coast and rivers north of Sydney.
Posted by Susan at 09:00

Autumnal rain then... ships logs and the like are a valuable source of climate information.
There is a lot of work being undertaken, at the moment, to look at weather records in ship's logs and contemporary diaries to look for weather trends... where records are missing / were never kept.
Let's hope for better weather today, I hope to have the Barn Owl box up by the end.

I think a lot of it is being done at the UEA by the climate peepilz.

Tim: the unfortunate team which that toerag James Delingpole sunk his malicious and ill-informed teeth into...