This time of year traditionally presents a problem for those of us who grow their own food. Anything that is capable of overwintering is either getting a bit unappetising or has been eaten already. The new season's crops are only just being sown. In the old days, when people had to depend on their own resources and couldn't supplement with vegetables brought in from gentler climes, it got a bit lean in February, March and April. So what did people do?


Baby sorrel leaves, washed and ready to be added to a salad. 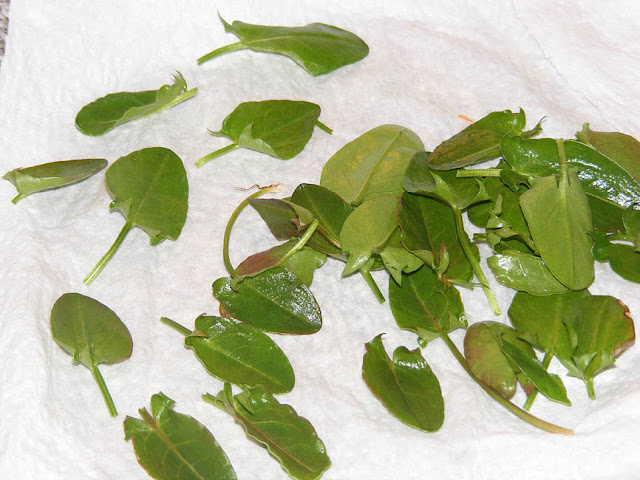 Well, one of the things they did was forage in the wild. This time of year is especially good for new season baby wild greens. Sorrel Rumex acetosa is a particularly tasty wild green in my opinion, and easy to identify. I happen to know that there is a little patch on the riverbank right in the middle of Preuilly, and in mid-March the leaves will be about 3 cm long. When they are this young they are ideal for adding to salads. The zingy acidity of the leaves combines very well with the sweetness of grated carrot and the earthiness of raw beetroot in a refreshing and colourful starter, or in place of lemon on fish.


Wild sorrel growing on the banks of the Claise River. 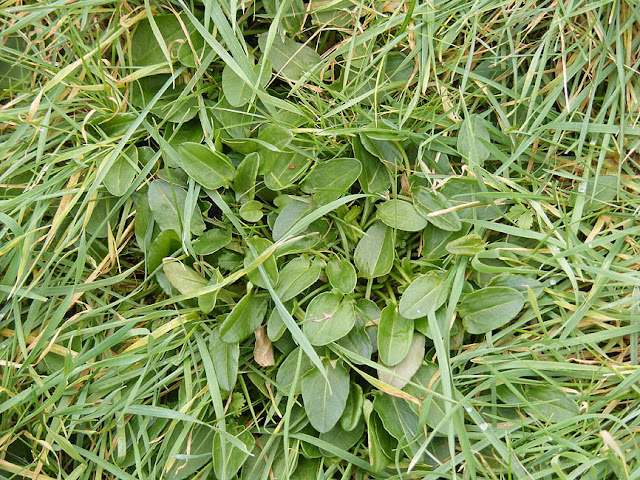 The flavour of Sorrel is due to its oxalic acid content - the same sharpness as in rhubarb. The older the leaves the stronger the flavour, which is why I like the baby leaves, with their pleasant tang rather than the mouth puckering, teeth jangling sourness of the mature leaves. The more intense flavour of the older leaves is usually dealt with by cooking. For example, in France it is traditional to stuff trout with sorrel and bake or poach the fish whole. Unfortunately, whilst cooking it undoubtedly mellows the flavour, the sorrel reduces to a sort of khaki smear, which is why I prefer to serve it fresh. The young arrowheaded leaves are such a pretty shape too and can be arranged most decoratively.


Close up of the leaves. 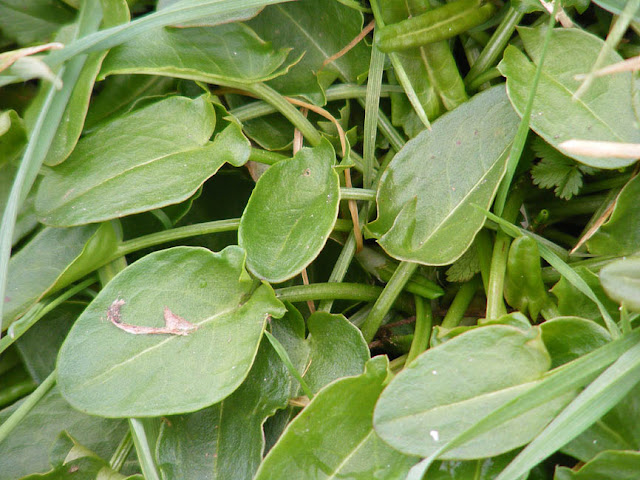 Sorrel, or oseille as it is known in French is a type of dock and is available in several cultivated forms as well as wild. Traditionally it has been added to other greens such as spinach, made into soup or pesto, added to omelettes and salads. Because of its oxalic acid content people with kidney or bladder stones shouldn't eat it, but rumours of its general toxicity are highly exaggerated. You would have to eat some outrageously impossibly large quantity of it to actually poison yourself.

Susan, if you can pick enough of the older leaves, they make a superb, lemony flavoured, green mash with a really good flowery spud... called stoemp in Flemish... very tasty, looks wonderful on the plate too... lime green mash!

As for tasty "Hungry Gap" greens, we will be growing Ken's Collard Greens every year from now onward... very sweet flavoured... similar to Red Russian Kale... also growing well at the moment.
There are still Red Cabbage out in the potager... wonderful cooked with apple, raisins and red wine.
All of these, and the Brussel Sprouts that were too small to pick, all give wonderful sprouts to steam or eat in winter salads towards the end of March. If you cut the Summer cabbages rather than pulling, then cross-cut the stump thats left... you should have some sweet Spring cabbage by now.

If you don't like cabbage... there are carrots, parsnip and swede still in the ground... and then there are the previous years dried or frozen pulses, the stored pumpkins, the fresh leeks... as well as rocket... all can be used to "fill" the "Hungry Gap".

Tim, when do you cross-cut the
cabbage stumps? Have never heard
of doing this. Do you then get
cabbage shoots?

Sheila, you cross-cut the stump immediately after you've cut the cabbage off, using the same knife...
we always try and leave a ring of the outer leaves.
That usually means four buds are left to do exactly as you describe...
initially developing as small cabbages and then, at around the same time as most plants are putting out shoots, each mini cabbage
[if you haven't already picked and eaten them]
throws out a flower shoot from each axil.
These snap off and can be steamed...
a mix of different shoots give a variety of flavours...
from peppery to sweet.
The flower shoots of rocket can be added at this time, too.

Tim: I think the clue might be in the terminology though -- 'hungry gap'...You can fill it, but you have to be creative and frugal, by necessity.

Susan, the Hungry Gap comes from the labouring classes pre-supermarket days...
when your store of food was becoming exhausted, you had, as you say,to become both frugal and creative...
but there are a lot of people nowadays who rely on the supermarket only...
in the UK, for the majority of people from all classes, they have no idea how to keep a home produced larder...
the skills are neither taught nor handed down. It is a shame. It has become a WI and upper-middle-class hobby...

Even some of our older fellow allotmenteers... who had lived through the war as teen-agers... the idea of over-wintering crops was not even considered... most left bare sandy soil for the winter, which leached out any nutrients... or just had a few rows of over-wintering broad beans and onions... crops that won't come good for a few months yet.

Those of us who grew cabbage, kales and chard... and had winter root crops... were looked upon with both surprise and amusement... I often wonder what would happen if supermarkets suddenly vanished!?

I learnt the majority of what I know from my maternal grandmother... my grandfather had left well before the war and she had to bring up three kids on her own, with very little money! She, and my mother, were wonders at both keeping a harvest safe and at frugal cooking.

neat. hate to leave to go read elsewherr. parting is such sweet sorrel.

My favorite use for sorrel is a sorrel omelette, recipes abound online--simply delicious!

Sorrel is on our planting list. I've never tried eating the young leaves raw but I will!

Anton: yummy and nutritious too.

Fraussie: I much prefer baby raw leaves -- added to a mesclun that includes baby beet and baby spinach -- superb. The cooked mature leaves are horrible to look at and don't have a nice texture.

We used to garden like Tim...those secondary cabbages are really nice...and we made stoemp too, though not with spinach or sorrel, usually with onions or carrots.
I can't get proper spinach here, just tetragon, but it will work for stoemp.

No hungry gap here, there's always something - if you know how to cook it.