One of the techniques favoured by really good insect macro-photographers is to set the subject against a white background. It has the advantage of highlighting peripheral details such as hairs, legs, antennae and wing venation unless they are very pale and putting the creature in strong contrast to the plain, uncluttered background. It also has the advantage of being truthful about the fact that it is a studio shot. Plain white backgrounds rarely exist in nature. 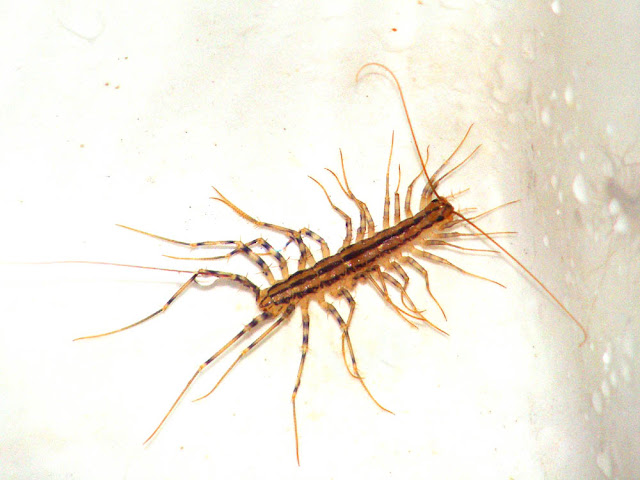 Studio shots are very useful for scientific records. They are a relatively benign way of recording details about a species without having to kill it. They are also able to be sent around the world much less problematically than an actual specimen. Of course, there are always instances when only a specimen will do, but more and more scientists are coming to terms with recording or even identifying insects from photos wherever possible. 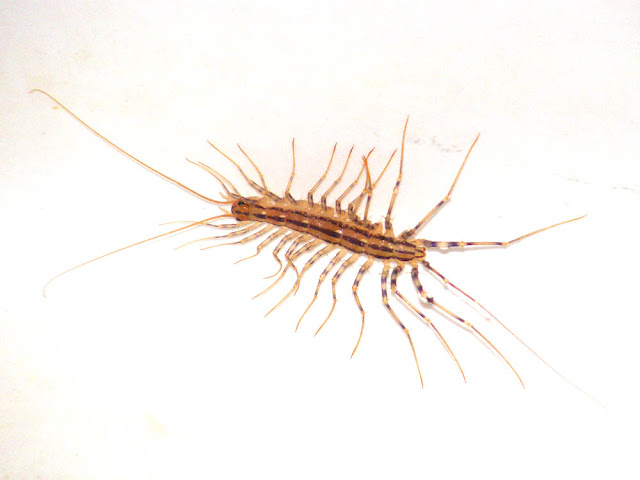 The plain white studio is achieved by using an open box made of white, slightly shiny card. You can do it indoors with a captured insect, but it is portable enough to do in the field or field lab too. Once the box is in place you set up your lights, flashes and reflectors, put the camera on a tripod and attach a remote trigger cable. The insect, who may have been given a spell in the fridge to slow it down, is brought out and placed in the white box. The photographer snaps away until satisfied and the insect is released back where it came from (or occasionally escapes before the session is finished).

Once the photo is downloaded (or is it uploaded?) to your computer you run it through Photoshop for a bit of post-production. For these photos I used some of the tips outlined by Ted C MacRae in his blog Beetles in the Bush. 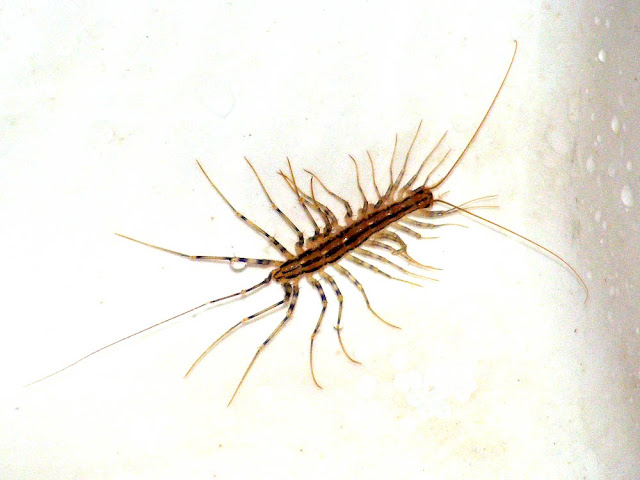 Since I don't have a proper SLR camera, only a Fuji Finepix, which is a bridge type camera (more complicated than a compact point and shoot, but without interchangeable lenses or really practical manual controls) I don't often bother with full-on studio shoots. Usually I take hand held shots in the field, with the camera set on auto and hope for the best. I'm used to the camera's foibles and reasonably adept at predicting what the insect is going to do and what the best angle for light is going to be, so I get quite a few photos that are fine for screen viewing, but not jaw-droppingly gorgeous like Piotr Naskrecki, for instance. 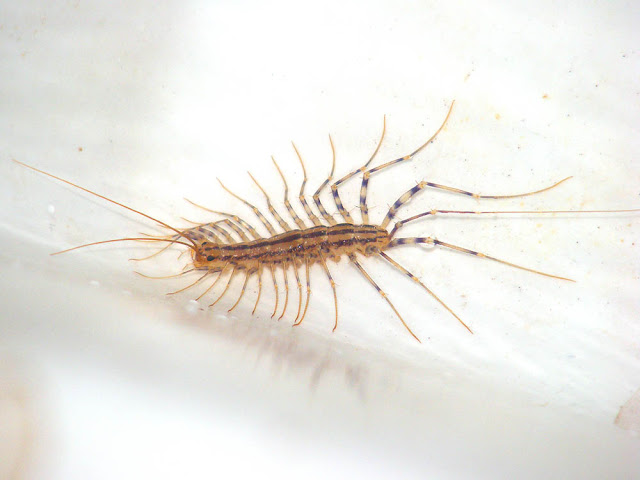 Anyway, to cut a long story short, one morning I got up and discovered a scutie (aka House Centipede Scutigera coleoptrata) trapped in the white porcelain laundry trough. Ha! I thought -- I can treat this like a white studio box and take some better photos of this fascinating beast. All my other photos are of scuties lurking in fairly dingy corners, and are very grainy due to low light conditions. The resulting photos are nowhere near like real studio shots, as I just used the ceiling light and the on-camera automatic flash, but they are significantly better than my previous efforts for this species, so I am happy. 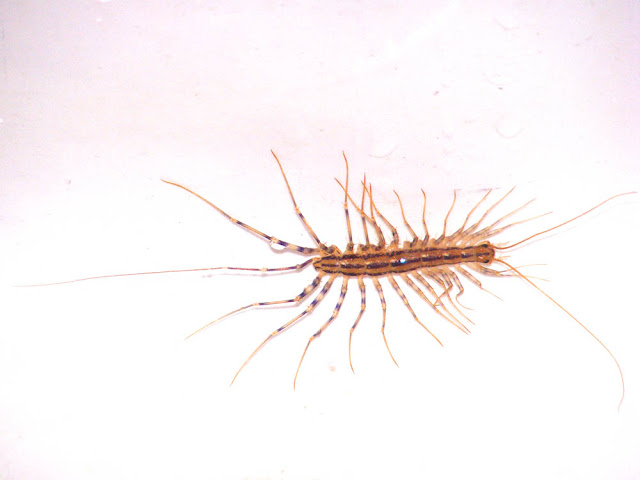 No scuties were harmed in the making of these photos, and the specimen was offered a dishcloth draped over the edge as an escape route. For more discussion on taking insect photos with a point-and-shoot digicam see The Bug Geek and Alex Wild at Myrmecos.
Posted by Susan at 09:00

Useful post Susan...
and good pix too. But missing the centimetre circle.
One idiot macro photographer I met told me he put subjects in the FREEZER!
NOT a good idea for the survival of the species... I went and talked to someone else.

The better surface for photographing objects agaonst [living, frozen or dead] is 18% Grey... available as a standard colour in the picture mount card from craft shops... as it is used to mount pictures without detracting from their colour.
It works better as a true, light balanced background.
Also picture mount card is pretty robust.

I also found a lens cleaning cloth at Specsavers that was a Pentax item... in 18% Gray! Now I wonder what market that was for?

Appart from smelling "agaonst" rong...
I forgot to say that it is "download" into a computer [from the camera, etc.] and "upload" from the computer to another source [usually the infernalweb]... wot a miz day!! I'm making nestboxes... two have your name on them [all are open fronted...]

Tim: not so idiot actually. You have to pick your subject, but things like flies are really tough, and really active at room temp. In London we used to do studio shots quite a bit, and 30-45 seconds in the freezer can work well. I used the kitchen timer to make sure they were retrieved before it was too late.

Lucie: Your method of putting the insect in the cool dark cellar would work very well with many things. How you approach it depends what you want the photo for. Piotr Naskrecki takes fantastic field shots as well as studio shots. But everyone works in a way that suits them. And yes, the cranes were terrific!

Tim: oooh goody, many thanks for the nest boxes. I can put one in the orchard, one at the house. We have had redstarts nesting in both places. The one at the house nests in the graineterie, which is a bit messy. I may not entice them out this year, but maybe next. Do you want any bee hotels in exchange, or have you already made enough for yourself? I don't currently have any spare ones, but am planning to make a few more rather experimental ones.