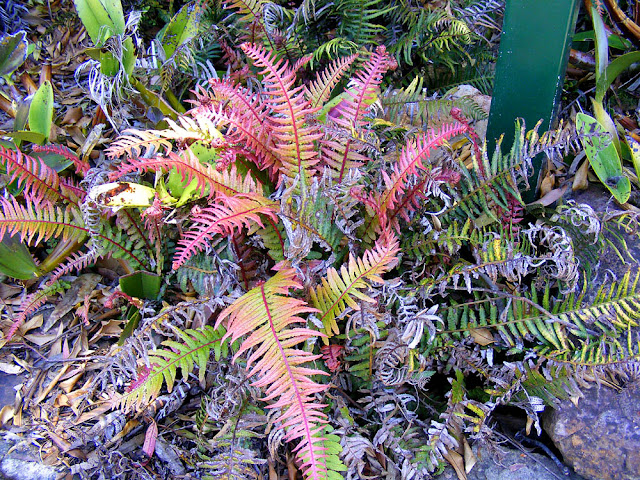 I spotted this gorgeous fern at the Australian National Botanic Gardens in November. It is a Rasp Fern Doodia media, native to the north Queensland coast. The attractive pink colouring is flavinoid compounds to protect it from sunburn on young growth. The fern was first described by the great late 18th - early 19th century botanist Robert Brown, who travelled with Matthew Flinders* on his voyage to circumnavigate and chart the entire Australian coast for the first time. Ian Fraser has written a terrific post about Brown and his amazing career over on Talking Naturally if you are interested in learning more about the history of Australian botanical exploration. 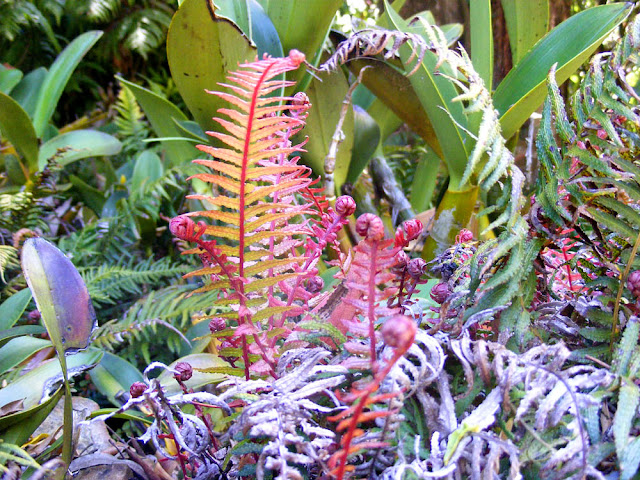 *Apart from the scientific opportunities it offered, the purpose of the voyage was to steal the march on the French claiming territory in New Holland, as Australia was then known. The French were nosing around, and they were at war with the British. Curiously, Flinders was travelling on a French passport (see here for a translation of the document, with a link to the original French), as the British Admiralty considered it would be safer! The passport deal was reciprocal, as the simultaneous French expedition to Australia lead by Nicolas Baudin could brandish their British passport.

That is an attractive fern... but would it last outside?

Tim: I suspect in a lot of places it would. It's outside in this photo, and Canberra gets frost in the winter.