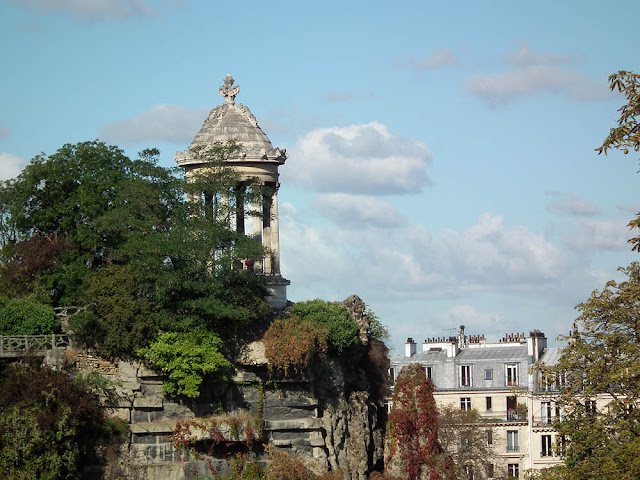 Le Parc des Buttes Chaumont in Paris was created in 1867 and opened on the first of April to coincide with the Exposition Universelle.

On barren land, the site wasn't much used beforehand, except for a gibbet which stood there from the 13th century until the fall of Louis XVI. The place next became a gypsum quarry, from the Revolution to 1860.

In the development of Paris overseen by Napoléon III, gardens played a significant part. It was decided to purchase the land and transform the top of the hill into a garden.

Hi Susan your link to the video does not work as it has text in front and behind of the utube ref. We will probably give the market a look on Saturday.

Hi Susan, just watched the video. When you sent it to me, I couldn't get sound on YouTube via Google Chrome but using Firefox has solved the problem. If the truffles weren't so overpriced in the first place, of course, this wouldn't happen! But the Chinese truffle business is very scary, particularly if they can be sold as a Product of France. I will be interested to see if anyone identifies any at the market.

Fraussie: I've certainly had a truffle from that market that smelled fantastic and tasted of sawdust, but whether I was fobbed off with a Chinese one I have no way of knowing. I think you have to be really expert to tell.