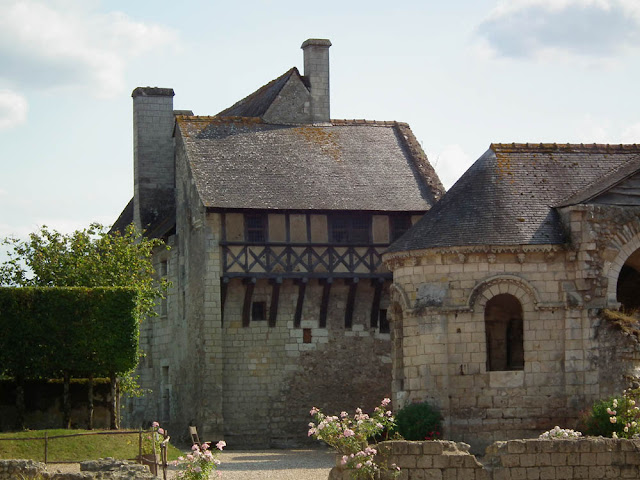 The jettied gallery where Ronsard wrote and the apsoidal end of the church at the Prieuré de Saint-Cosme.
We have written about the Prieuré de Saint Cosme before. It is one of the lesser known historic sites of Tours (actually in La Riche, once a separate village, but now absorbed into the Tours agglo). It is stunningly picturesque with ruins surrounded by a garden full of roses, as befits its most famous former occupant, the 16th century poet Ronsard. Here is his most well known poem, Quand vous serez bien vieille and three rather different translations of it -- you will see why roses feature so much in the Priory gardens. 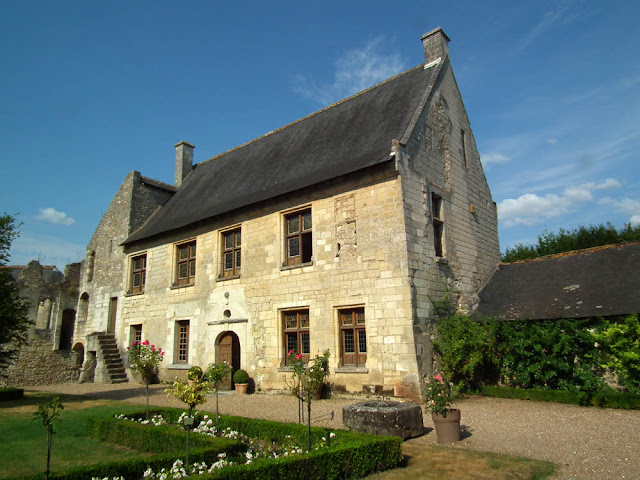 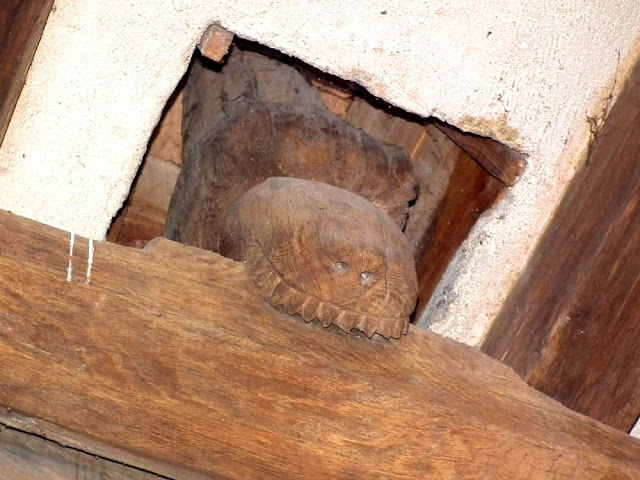 A ceiling has been installed in this room at some stage, so now a hole has been cut in it to allow us to see this earlier dragon-headed king post in the maison du prieur. 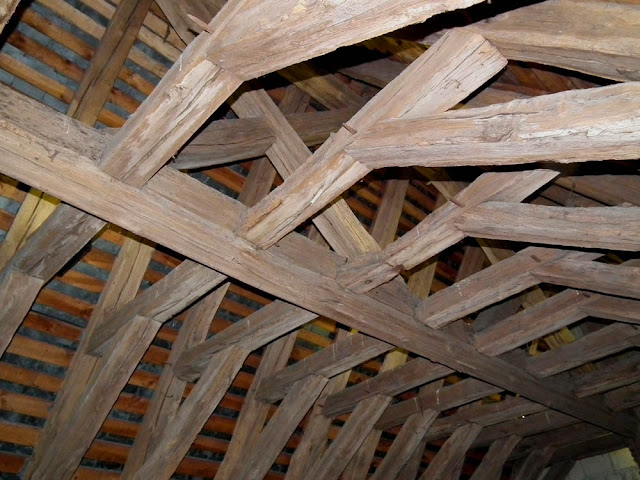 Roof timbers in the maison du prieur, showing the typical pegged joints, and a row of croix de Saint-André below the roof ridge to ensure it cannot twist in the wind. 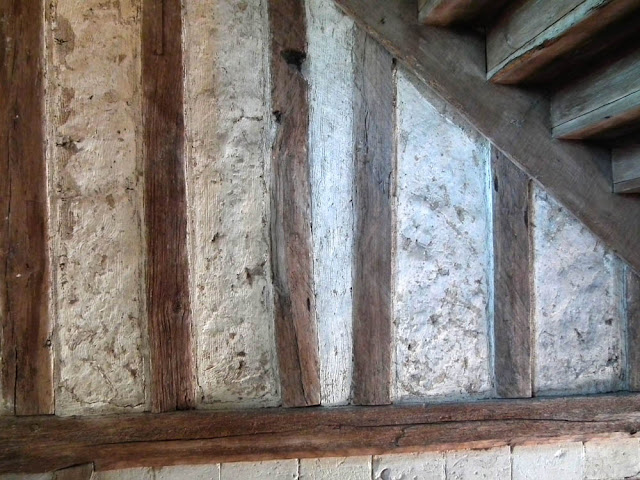 A nice repair job on some old collombage (wattle and daub infill on a timber framed building) under the stairs in the maison du prieur. It looks a lot like our house, also probably 14th century and repaired by an artisan working with traditional materials in the 21st century.
Posted by Susan at 09:00

Great pix Susan... first one has a wonderful relaxed feel about it...
just needs a table, a couple of chairs, a couple of glasses and a bottle of rosé [to go with the roses, naturally!]

And now I can see how the St.Andrews cross fits in...

Love the Dragon... someone must have had fun doing that!!

Yes, great photos. Gorgeous
color those wood beams have
attained over the centuries.
How sad that Ronsard was deaf
when he lived there as the
birdsong in such a peaceful
spot must be lovely.

Tim: in fact you can sit just where the second photo is taken from and while away some time.

Sheila: it's easy to forget he was deaf because he wrote so beautifully, but it must have been quite trying for him.

Nice stonework, structural timbers in good condition, and a garden of roses make an interesting ensemble.

Ken - aint that the truth.... (although maybe not, literally, today)