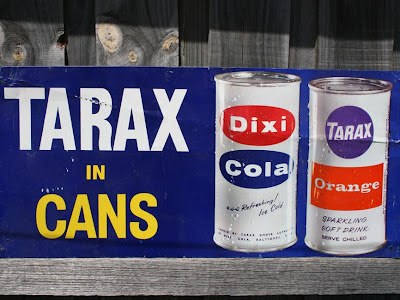 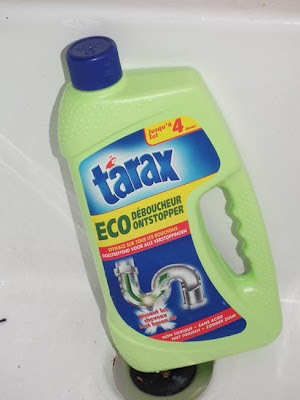 One is a faint memory from the 1960's, whilst the other is meant to clean drains in France. I suspect that both would do drains in the fullness of time.

When we first arrived in Sydney there were billboards for Tarax Lemonade everywhere, but compared to the local product (Tarax were from Melbourne) it was expensive. If we ever had fizzy drinks it was usually from the local manufacturer Cottee's, and the big nationwide manufacturers were "Leed" (who I am amazed to discover was just a trademark of the Coca Cola company). I remember all of these "lemonades" were the same: clear liquids that were mainly sugar, fizzy and not at all lemony. Later in their history Tarax introduced an even more expensive line of lemonade - Solo ("a man's drink") - which was yellowish and had a slight hint of lemon about it.

When the Tarax company of Melbourne was sold to Schweppes in 1972, Solo was the only Tarax drink that Schweppes continued making. A year later Schweppes also bought Cottee's, and all these companies are now owned by Asahi Breweries.

When working as a school technician, I regularly had to set up an experiment to 'drill' through a sheet of steel with recirculated Coca-Cola [Pepsi didn't work as well]
so the original Tarax and the French drain cleaner are in fact probably the same thing.

Tim. I suspect that the French drain cleaner would be gentler on the PVC pipes -which is why I used it :¬)