One of the dangers of being the prettiest car in the carpark is that ocasionally you get competition. This happened last Wednesday at Chenonceau when the Bentley Drivers Club were on one of their jaunts and 18 Bentleys of varying ages were let loose on the Loire Valley.

I have to confess here that of all the cars ever built, to my eyes the British Racing Green Le Mans era Bentleys of the late 1920s and 1930s are the most desirable. You can imagine the mixed emotions then, when 2 such cars (both 1930 4.5 litre unsupercharged models) pulled up near Célestine. I am no expert on Bentleys, but I know what I like, and I liked what I saw.

I think this is a 1930 Vanden Plas le Mans tourer 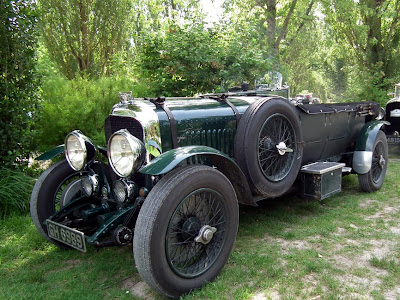 No idea who the coachbuilder for this car was 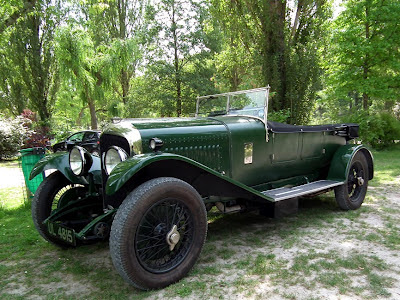 Bentleys are monster sized cars -
look how they tower over Célestine 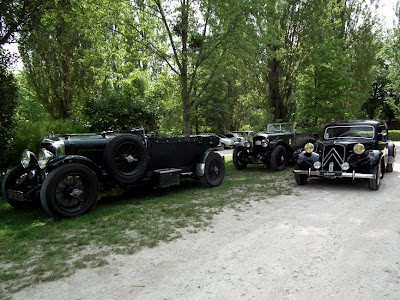 That photo was taken because it reminded me of this cartoon 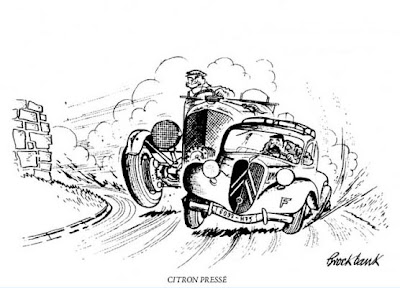 Later in the day at Chaumont sur Loire
I saw this 3 .5 litre Derby era convertible 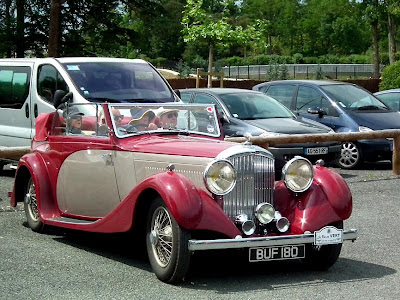 Classic car owners are friendly types, and they showed as much interest in Celestine as I did in their cars. I have to admit, though, that once they had left their cars to visit the Chateaux I quietly moved to a less challenging part of the car park.

http://www.vintagebentley.org/home.html
Check out this site for the Australian Bentley Club site.
Leon