A Walk in the Woods

A Polypodium sp fern growing out of a limestone rock. 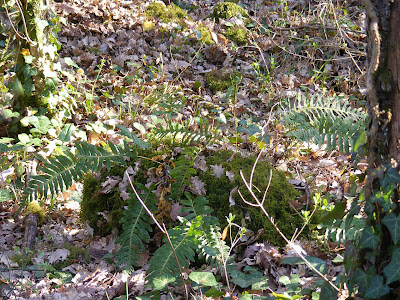 The second part of the botanical club outing on 1 April was to a limestone butt along the Vallée du Feuillet on the outskirts of Truyes (part one is here). These limestone butts are common in the southern Touraine and botanically outstandingly rich. All sorts of lime loving plants spring up here, often growing directly out of the soft limestone rocks themselves. Some, like the hellebores and daphnes, periwinkles and polypody ferns that we found are better known these days as garden plants. It's a real privilege to see them in the wild.

An ancient walled path along one edge of the ridge. 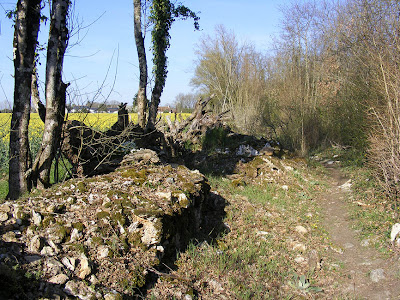 All through the woodland there are violets growing under the trees. There are at least three different species and it was a good opportunity to compare very similar species such as the Early Dog Violet and the Common Dog Violet. I was jolly glad I spent the winter updating Loire Valley Nature and was up to speed with how to identify violets to species level.

Common Dog Violet (with pale, thick, notched spur, if you are interested) 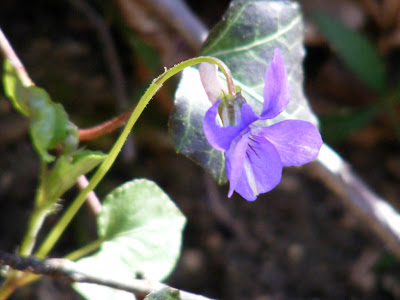 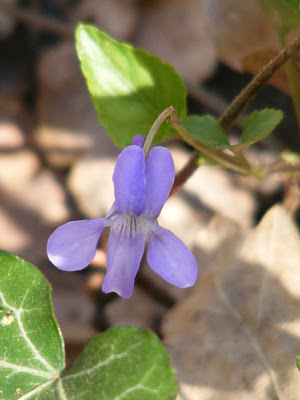 We didn't spend the whole time botanising either. In amongst the dead fallen leaves of winter and the spring wild flowers there were several oil beetles. I got some excellent French practice in by telling the group about oil beetles. Naturally, on these occasions, half my vocabulary and a good deal of my grammar and syntax mysteriously disappears.

Oil beetles are part of a family that contain a poison called cantharidin. This toxin is the active ingredient in aphrodisiac mixtures that predate viagra. They work, but it is all too easy to take a lethal dose. The beetle eats toxic plants to accumulate the poison in its body - in this case members of the buttercup family, especially Wood Anemone. While we were observing an oil beetle it started to ooze orange liquid from its knees, a sign it was getting a bit stressed and attempting to warn us off by producing the poison. Thanks to Tim photographing a couple a few days earlier and needing a species ID, I had been reading up on oil beetles only the day before the outing and knew lots of detail about these unusual and increasingly uncommon creatures. 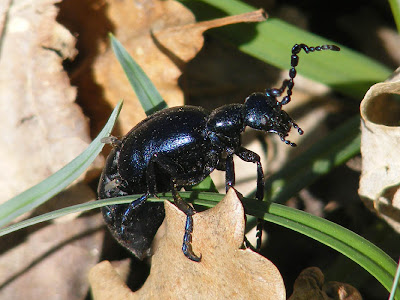 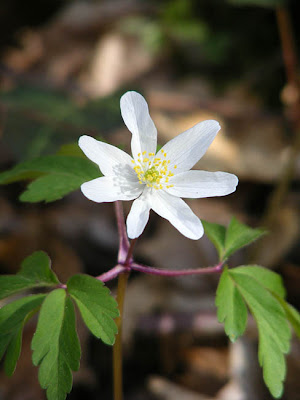 A newish housing development of maybe 20 homes nestles at the base of the limestone outcrop. The houses seem to be occupied by couples in their 30s with school aged children. The way the houses have been integrated into the landscape is rather well done, with a combination of suburban neighbourhood and house in the woods achieved. I thought it looked like a pretty good place to grow up. I hope they know how special their limestone woods are.

Email ThisBlogThis!Share to TwitterShare to FacebookShare to Pinterest
Labels: Insects, Loches and area, nature and wildlife

The wood anemone reminds me of my garden back in England. The area at the bottom of the garden is a mass of them at this time of year.