Today is Anzac Day, when Australians and New Zealanders remember their war dead. It is also the day in France, when those sent to forced labour, internment and concentration camps in the Second World War, are commemorated.

The post today is written by my father and tells the story of my Great Uncle Eric's Second World War experience in New Guinea. Eric never returned from the War and until recently we did not know the full story of what happened to him. My father is now the only living member of the family who actually met him.

The photos are reproduced here with kind permission of Andrea Williams, Secretary of the Rabaul & Montevideo Maru Society. They come from the public gallery on the Society's website.
************
At the beginning of the war my Uncle Eric Charles Mann V 50869 was a 22 year old Architectural student at Melbourne University. Eric enlisted and was drafted into an Engineering Battalion in line with his University training. In 1941 he was promoted to Sergeant and posted to a group called Fort Engineers and was trained in the use of explosives. In late 1941 or early 1942 he was posted to the 2/22 Battalion, which became known as “Lark Force”.

“Lark Force” was a major component of an Australian Army group sent to boost the very inadequate and expendable Garrison on Rabaul, New Britain against the advancing Japanese. In early 1942 the Australian Government started to evacuate expat civilian women and children from Rabaul back to Australia. Most of the civilian population who remained were Planters (and in some cases their teenage sons) as well as Government Officials, Missionaries and some Nurses. In February 1942 the Japanese began bombing Rabaul and in a very short time overran the Island. Some of our troops managed to escape and a small number managed to make it back to the relative safety of New Guinea. But over 100 soldiers were massacred at place called Toll Plantation. The Australian Commander, Colonel Scanlon realising there was no possibility of holding out against the Japanese famously gave the order “Every man for themselves”. Some surrendered, some made a run for it, some died and a very few managed to escape. Those that remained either surrendered or were captured along with the Planters, Government Officials, Missionaries and Nurses. 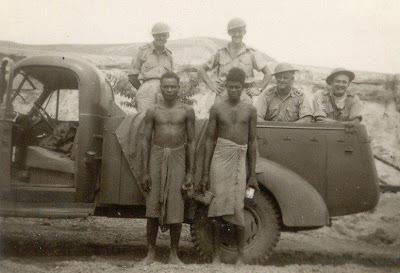 At the time very little information was allowed by the Government and the Army by way of informing the relatives of the POW’s as to what had happened to their loved ones. Sometime after the occupation relatives were told that the men were POW’s and a few letters managed to get through the Japanese censors, which of course did not reflect the true situation. I am the eldest of my generation and the only one who had any memory of my Uncle at all. At the time I lived with my Grandparents and I was one of the lucky ones to receive a letter from him, which I still have.

At the end of June 1942 all the POW’s were to be sent to Japan. Commissioned Officers and the Female Missionaries and Nurses were sent together on one ship and 1054 other ranks and male civilians were loaded on a Japanese freighter called the Montevideo Maru and headed for Japan via Hainan Island. Under the Geneva Convention POW ships were to be made known to opposing forces but the Japanese did not always follow this rule so the ship sailed with no identifying marks or notification to the Allies. The Montevideo Maru was torpedoed on 1st July 1942 by the American Submarine Sturgeon off the Philippines with the loss of all POW’s. Some of the Japanese crew did make it ashore where they were killed by Philippine partisans. 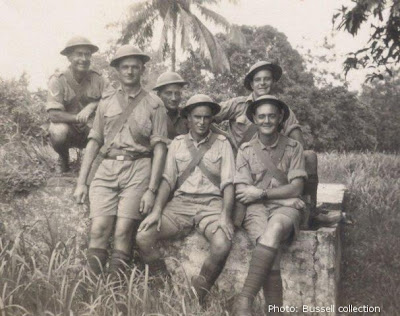 To this day the loss of 1054 men is Australia’s worst Maritime disaster. Despite repeated requests for information from the Government and the Army, the relatives and general population of Australia were kept in the dark as to what had happened and it was not until October 1945 after the war ended that relatives were notified that the men were presumed dead. The Menzies Government sent a Colonel to Japan in 1946 to investigate and he was given a nominal roll of the prisoners aboard the ship and he did an investigation and report on what had happened. He also interviewed some of the Officers who had been safely transferred to Japan. This roll and information from the investigation was kept secret and somehow “lost” over time. Sometime after the war Japan offered to supply copies of all their records to all the Allied countries whose citizens were POW’s. Most countries including the UK and USA accepted but our government sat on their hands for months and eventually declined the offer.

So the families who had already waited close to 5 years for definitive proof of the fate of their loved ones had no joy and were left in limbo not knowing for sure if they had died, when or where. As I said I lived with my Grandparents and Eric’s youngest sister. He had five siblings - my Mother was the second eldest. The worry and concern of not knowing what had happened eventually contributed to my Grandfather's early demise in 1946. Eric came from a very close knit family and was idolised by his sisters. The situation was such that it greatly affected my Mother and also her sisters all their lives. It is sad that the last of Eric’s siblings died in 2007 without ever knowing the full story.

Over the years surviving members of 2/22 Battalion – “Lark Force” formed an association and held reunions. They and lots of other individuals kept probing for details over the years and the Rabaul & Montevideo Maru Society was formed to try to ferret out the true story and to push for a monument to be erected at the War Memorial in Canberra. The Hon. Peter Garratt Federal Member of Parliament became Patron; he, like me, also had a relative on the Montevideo Maru. An official motion of apology was presented to the people of Australia in the Senate and approved by all parties. Then last year due to all the publicity and uproar, the nominal roll, missing for 65 years suddenly, ”mysteriously”, appeared which gave people the certainty as to what had happened all those years ago. It is just sad that most of the people closest to those who were lost are not still alive to hear the full story. When the copy of the roll was published my Uncle’s name was on the very first page so we now know his remains rest at the bottom of the sea off the Philippines.

The Rabaul & Montevideo Maru Society has raised money with help from the Government and a monument will be erected and dedicated in Canberra on the 1st July 2012, 70 years on from the disaster.

More donations are needed and anyone interested can make a donation or join the Society. To learn more go to the Society's website.
Posted by Susan at 09:00

My father ended the war working in an open cast copper mine just outside Nagasaki... like many who went through it, he never spoke about the war until one evening, when either my brother or I commented, on seeing a mushroom cloud on a documentary, "My God, that's awesome!".... "Not as awesome as being there and feeling it", said my Dad quietly.
That was when we began to hear the whole story, in dribs and drabs, of his war. The Nagasaki blast went across the top of the mine and they all stood watching the cloud prisoners and guards momentarily brought together by shock. The prevailing wind blew any fallout well away from them, fortunately, and my Dad was release by the Americans shortly after VJ day.
Think today of all those, past and present, who lose their lives in conflict... be they enlisted or volunteer soldiers or civilians caught up in a conflict they don't understand and usually don't want!

Tim, Its interesting to hear stories from both sides. Touching comments and you must feel pleased to have shared it memories.
Leon

Anzac Day is also commemorated in Northern France and at the WW I museum in Péronne which was at the center of the “Bataille de la Somme.”

Péronne was liberated at the end of WW II by the Australians.

A beautifully written and thought provoking post. Unspeakable acts happen in war, but to have experienced them first hand must have been terrifying and life changing. Living with the aftermath, in whatever role, would have been so difficult.

My Father Gordon John Bussell VX46451 was one of the officers taken via the Naruto Maru to spend 3 1/2 yrs in a POW camp in Zentzuji. He returned in Sept 1945 and had the task of writing to and visiting the parents/spouses of his men who did not return.

My father Major Lesley Hunter Lannan was also sent to Zentsuji on the Naruto Maru. Nothing was heard of these POWs and they were presumed MIA until shortly before the end of the war. He was a good friend of Gordon Bussel(mentioned above). I have recently attended the unveiling of a special Memorial to the 2/22nd Lark Force and the Montevideo Maru in Canberra, it was a very moving occasion and it may have brought closure to many of those people who lost their loved ones. For myself,it was a sense of completion and something worthwhile I could do for my fathers memory as he died in 1953 from health problems caused by war.

Shelley: My parents and uncle attended the memorial unveiling too.

Your post is in itself a wonderful tribute not only to your family and their loss, and for so many years of carrying the grief of their loss, but to all who have endured in wars and their aftermath. If we can ever get beyond thinking that wars are more important than human life, it will be through work like yours that we do so.
Thank you,
Linda

Linda: and your work too I suspect. Hope the book continues to go well and it's very nice to 'see' you here.