Being served a Pineau pre-lunch* at the Abbé Proust's the other day reminded me that I have meaning to write about this less well known aperitif for some time.

Pineau is associated with the Charente, the area to our south-west, and is a fortified wine, somewhat similar to sherry. I first encountered it in its heartland, 9 years ago, when we stayed with a friend who has a house in the Charente, before we had bought our own house. His neighbours invited us to apéro and the men were expected to drink Ricard while the women were offered Pineau (in fairly generous tumblers). I was deeply grateful not to have to drink Ricard, and have been benignly disposed towards Pineau ever since. 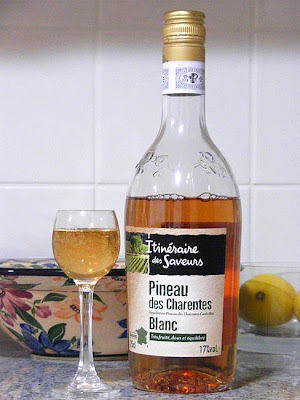 I find it a pleasant drink, sweetish and smooth, but not one I think to serve regularly. Here in the Touraine it is also widely available and popular, but it is not, strictly speaking, a local drink, nor is it made locally. It is made in much the same area as cognac is made, and many of the producers are also cognac producers. The drink is a blend of newly fermented grape juice and cognac which is then aged, resulting in a fortified wine.

It comes in white (actually a tawny colour) and red (mahogany brown). An opened bottle will keep indefinitely in the fridge, and it should be served chilled. Outside of the Charente and the adjoining regions, you don't see Pineau much, and it is not well known outside of France. 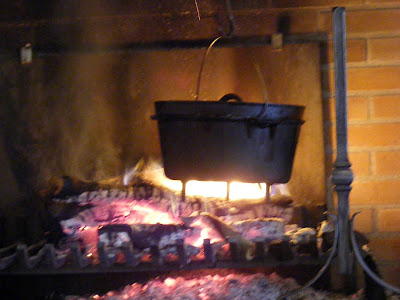 I prefer the Pineau de Charentes blanc but others like the red (or is it rosé?). It's worth trying both, I think.

Pineau is definitely all the rage here in the Charente - I can't think of a house I've been to that doesn't offer it... and it came as a shock to come across this drink that definitely wasn't on sale in UK shops!

I did a post on Pineau ages ago, we are both very fond of it. Our neighbours all seem to make it, so far have had a good supply for free :)) They make both red and white, some of what we have been given is over 10 years old so is well matured.

I also love Ricard so no problem there. Diane