Back to the Bathroom

We last spoke about the small bathroom over a year ago, since then we have been using it, but it hasn't really been finished: like most of these things the room was needed and pressed into service once it was usable, but before all the teas were dotted and eyes crossed.

One of the jobs we hadn't got to was boxing in the pressure relief pipe, but that has now been taken care of. The room looked like this before, but now it looks like this: 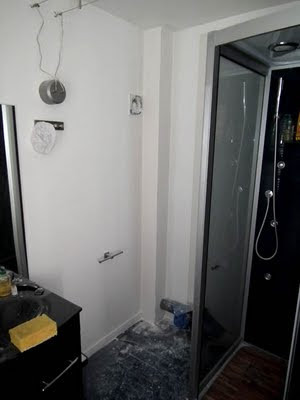 Likewise the guest bedroom: the skirting boards need painting and the door has to be adjusted, but at least we have now put in the interior window sill. 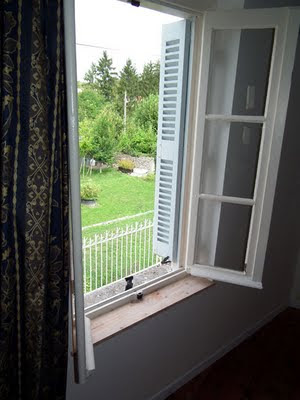 Slowly slowly we are getting there, but it's amazing how much disruption doing these final little tasks is causing. At the moment we dont have an upstairs toilet, and because we had to move the toilet we can't access the shower, and once we start painting we won't be able to use the spare bedroom for a week, the house will stink and we will have yet more dust to add to the dust caused by boxing in the stink pipe. I may even give the bathroom floor its final coat of paint before putting the toilet back.

At least now we can see where the final push starts - on these rooms, at least

Normal white household candles will take away the smell of fresh paint, it really works well.When you keep plugging away at all this stuff it eventually gets done, even if it is the reno shuffle !

I have my brother painting the outside of my house while he is job hunting....he gets paid, I get a good quality job done, win win.

Diana will be heading over again in about 4 weeks.

Margaret: I see you have come out of the closet :-) Tell Di to get in touch if she is coming down our way - I don't think I have her current email address.