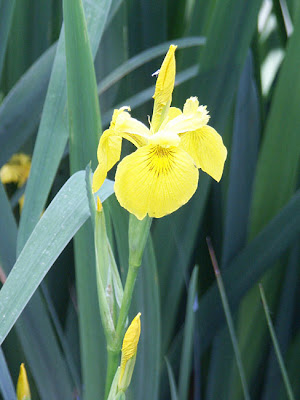 The well-known and ancient symbol of France, the fleur de lys, is a stylised version of the wild Yellow Iris or Yellow Flag. In French the plant is called l'iris des marais. The scientific name is Iris pseudacorus. 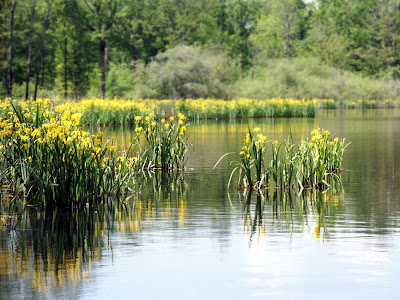 It may also be connected to another great French heraldic symbol, the Oriflamme - the 'golden flame', the Royal Standard carried at the head of the medieval French army.

I love the photo of the irises in the pond. Very nice!